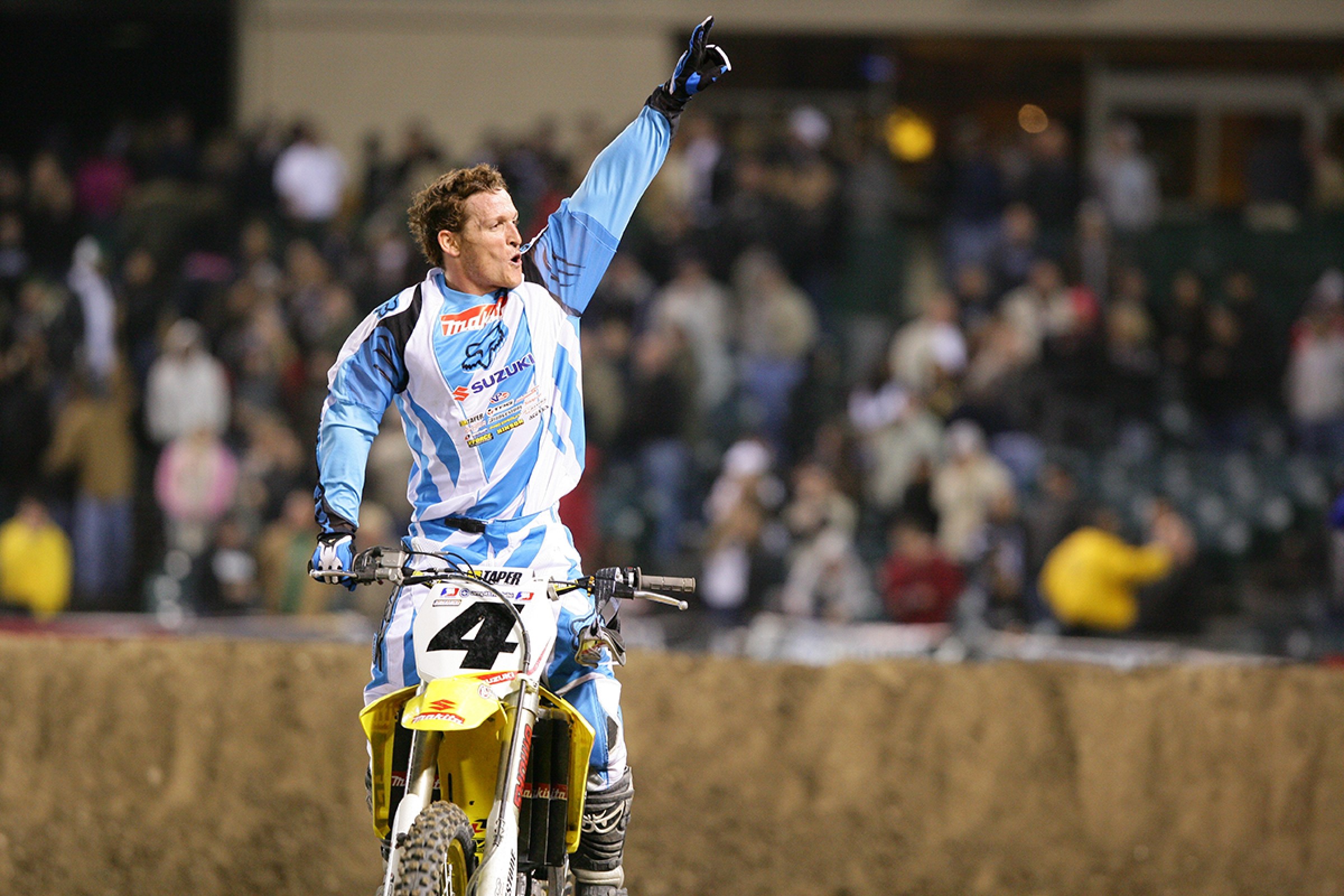 On This Day in Moto January 21

Future two-time AMA 125 National Motocross Champion Micky Dymond is born. After working his way up through the CMC ranks aboard a Husqvarna, Dymond is signed to a Honda factory contract in 1986 and immediately rewards the Big Red Machine with a pair of outdoor titles. Through a few political situations, Micky is left off both the ’86 and’87 versions of Team USA for the Motocross des Nations and will later sign with Team Yamaha, then end his racing career in Europe as Trampas Parker’s teammate.

The Minneapolis Supercross goes off in the old Metrodome and Team Honda’s Jeremy McGrath wins ahead of Kawasaki’s Mike LaRocco and Noleen/Sizzler Yamaha’s Larry Ward. The 125 class is a combined East/West round and the winner is Suzuki’s Damon Huffman (West) over Pro Circuit’s Mickael Pichon (East) and Suzuki’s Tim Ferry (East).

The Los Angeles Supercross is run at Dodger Stadium and GEICO Honda rider Eli Tomac takes the SX Lites while Honda-mounted Chad Reed is the winner in a crash-plagued 450 main that sees Honda’s Trey Canard landed on by Ryan Morais during the first lap after Canard picks up a Tuff Block cover and can’t jump the infield triple.

The Anaheim 2 Supercross at Angel Stadium sees Monster Energy/Pro Circuit Kawasaki’s Justin Hill win the 250SX race while defending champion Ryan Dungey of the Red Bull KTM team while title rival Eli Tomac struggles to finish eighth, a result that will come back to haunt him in the later stages of the series.