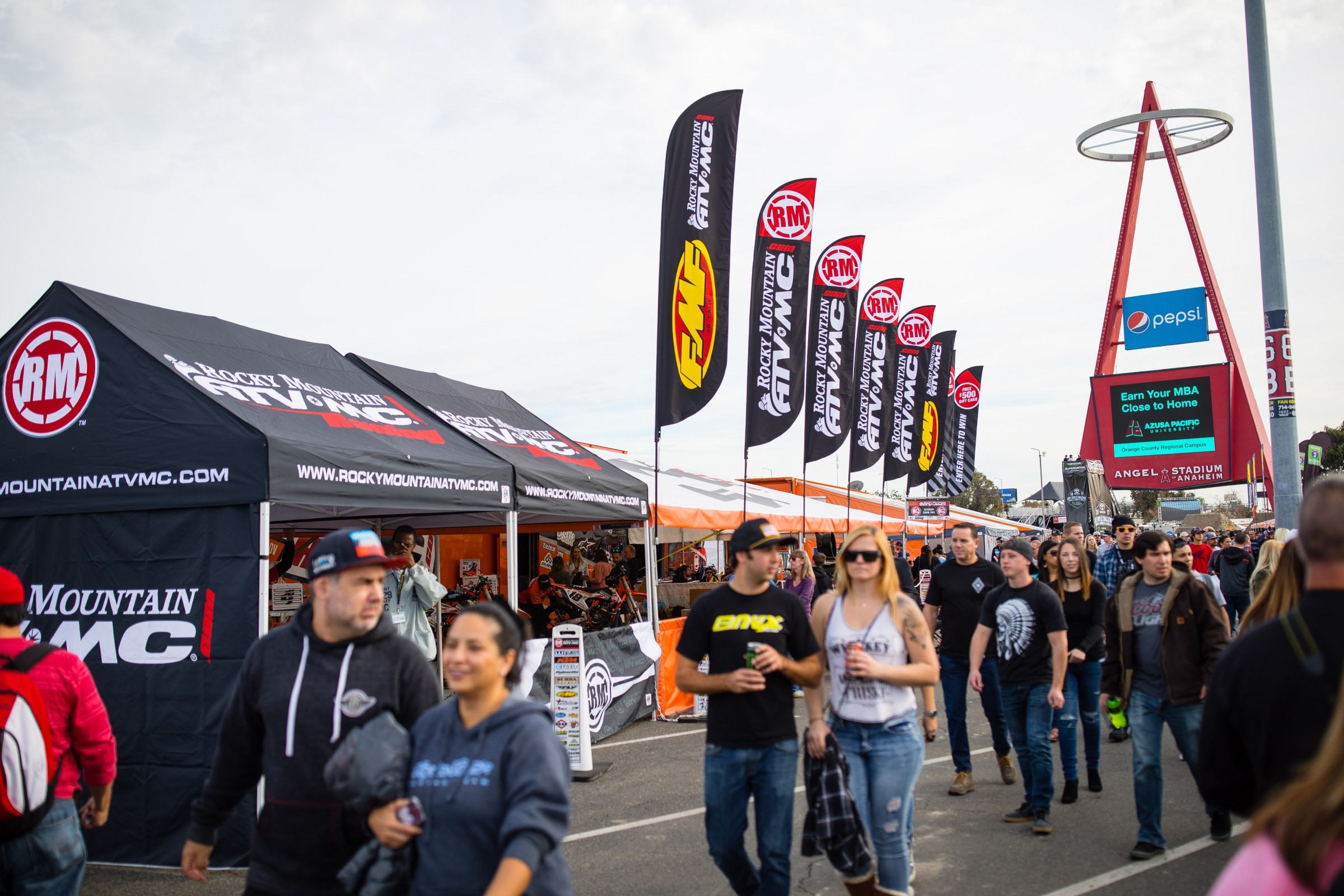 It’s been nearly a year since we’ve seen Ken Roczen race, thanks to his terrible crash at Anaheim 2 last season that left him with an extensive list of serious injuries. That’ll change this week when he lines up for the season opener. We know he’s going to be fast, but how fast? Will we be limited at all by any lingering effects from his injury, or will he be the same rider who walked away with convincing wins at the first two races of 2017? We’ll start to get an idea on Saturday night. — Aaron Hansel

Jeremy Martin has only raced a 450 once in his professional career, but he sure made waves when he did. The GEICO Honda rider shocked everyone by leading half of last year’s Daytona Supercross before ultimately ending up second to Eli Tomac. Well, this year we’ll get to see Martin on a 450 again, as he’s slated to race the first three 450SX rounds out west before transitioning back to the 250 for the eastern region. Think he’ll have more magic in the tank this time? — Hansel

After Dean Wilson’s time with Red Bull KTM ended, he found himself in the unenviable position of having to put together his own privateer program for 2017. Fortunately, after four rounds he was offered a slot at Rockstar Energy Husqvarna Factory Racing, where he was able to improve his results—he scored fifth with his second race with the team and ended the year with another fifth in Las Vegas. Wilson’s back with the team for 2018, and instead of having to worry about running his own program, has been focused on being ready for A1. We’ll see what kind of results a better prepared Wilson pulls in. — Hansel

After parting ways with Autrader.com/Yoshimura Suzuki, Justin Barcia found himself in a situation similar to what Wilson faced last year—putting together his own effort. Barcia got picked up by a factory team even sooner though—Monster Energy/Knich/Factory Yamaha offered him a spot to fill in for the injured Davi Millsaps before the season even started. Right now the deal is just for the first six rounds, but if Barcia does well, he may earn some additional time on the big blue Yamaha. Is this the deal Barcia needed to get back to the front of the pack? — Hansel

Moving (Back) on Up

Josh Hansen hasn’t raced the 450SX class full-time since 2012, but he’ll be back in the premier class this year with his new team, Nut Up/LVN100 Suzuki. It’s anyone’s guess how he’ll do. He’s full of talent, but he’ll also be in a class jammed with riders who have extremely impressive skills of their own. The majority of them are also substantially younger than he is. No matter what, it’s going to be interesting to see how his return to the 450SX class goes. — Hansel

In all likelihood, the 2018 season will bring a brand-new champion to the class. (Chad Reed is the only rider to have won a championship in the class expected to race this weekend.) With Ryan Dungey stepping aside (he announced his retirement last May), it not only means the three-time defending champion is out, but one of the most consistent riders in history is gone as well. According to Revzilla, Dungey competed in 133 450SX main events and finished outside the top ten only twice! Further, he finished in the top five in 91 percent of his main events. Pre-season title favorites Eli Tomac, Ken Roczen, Marvin Musquin, and Jason Anderson all finished outside the top 15 once last year. So, with Dungey now gone, could we see changes in how riders approach this championship? Or will someone run away with it, like we’ve seen many times in the past? We won’t know until after this weekend, but it will be fun to see how the opener unfolds. — Chase Stallo

Twenty, four, five. Those are the opening round results for Eli Tomac since he entered 450SX in 2015. Tomac’s struggles extended well beyond the opener last year—he went five-six-eight at the opening three rounds in 2017 before finally turning it around and winning round four in Glendale. On his PulpMX Show appearance earlier this week, Tomac told Steve Matthes he really wants to get off to a fast start this year. “In the past, I haven’t had good results there [Anaheim 1],” he says. “I’d have to look all the way back to my 250 days to where I actually did have a decent result. So, it’s time for me to let the big dog eat at the early Anaheim races. I don’t want to be playing catch-up anymore. I did that last year. I was playing catch-up the whole time. It would be nice to get out there and bust out a win, or at least a top three.” — Stallo

Marvin Musquin won everything this off-season. Monster Energy Cup? Check. Red Bull Straight Rhythm? Check. King of Paris? Check. King of Geneva? Check. REM at Glen Helen? Joking. Still, Musquin was on fire this off-season. Does it matter? Eh. Probably not as much as you think. In most cases, Musquin was facing a handful of top riders—not an entire gate. Yet, it’s hard to deny the confidence Musquin built this off-season. As he enters year one of being the number one guy under the Red Bull KTM tent—the team which, by the way, has won the last three 450SX titles—Musquin has to be feeling good about his chances to capture the title this year. We’ll see if his hot off-season transfers to the opener. — Stallo

Depending on your source of reference, Chad Reed trails Mike LaRocco by just seven (per Monster Energy Supercross PR and the Racer X Vault) or eight (per AMA Hall of Fame) for most career starts in the premier class. Either way, Reed, who has 220 starts entering the season, will have 99 more than the next closest rider, Justin Brayton. Judging by this Twitter exchange between Reed and Racer X’s Jason Weigandt yesterday, we think this record is one of importance to Reed. Although he’s coming off ankle surgery and doesn’t have much time on the Husqvarna, Reed could still inch closer to history. — Stallo

Good luck trying to pick the top five in the 250SX West Region in your fantasy league. I hate, especially in the pre-season, to say whether one region is deeper than the other, but we may have to make an exception this year. If—always an if when referring to the entry list in 250SX prior to the opener—everything shakes out like we think it will, the class will feature defending champion Justin Hill, Joey Savatgy (who came thisclose to winning the West and East Region the last two years), Aaron Plessinger, Adam Cianciarulo, Shane McElrath, Alex Martin, Mitchell Harrison, Christian Craig, Mitchell Oldenburg, and a host of others. Seriously, this class is deep. — Stallo