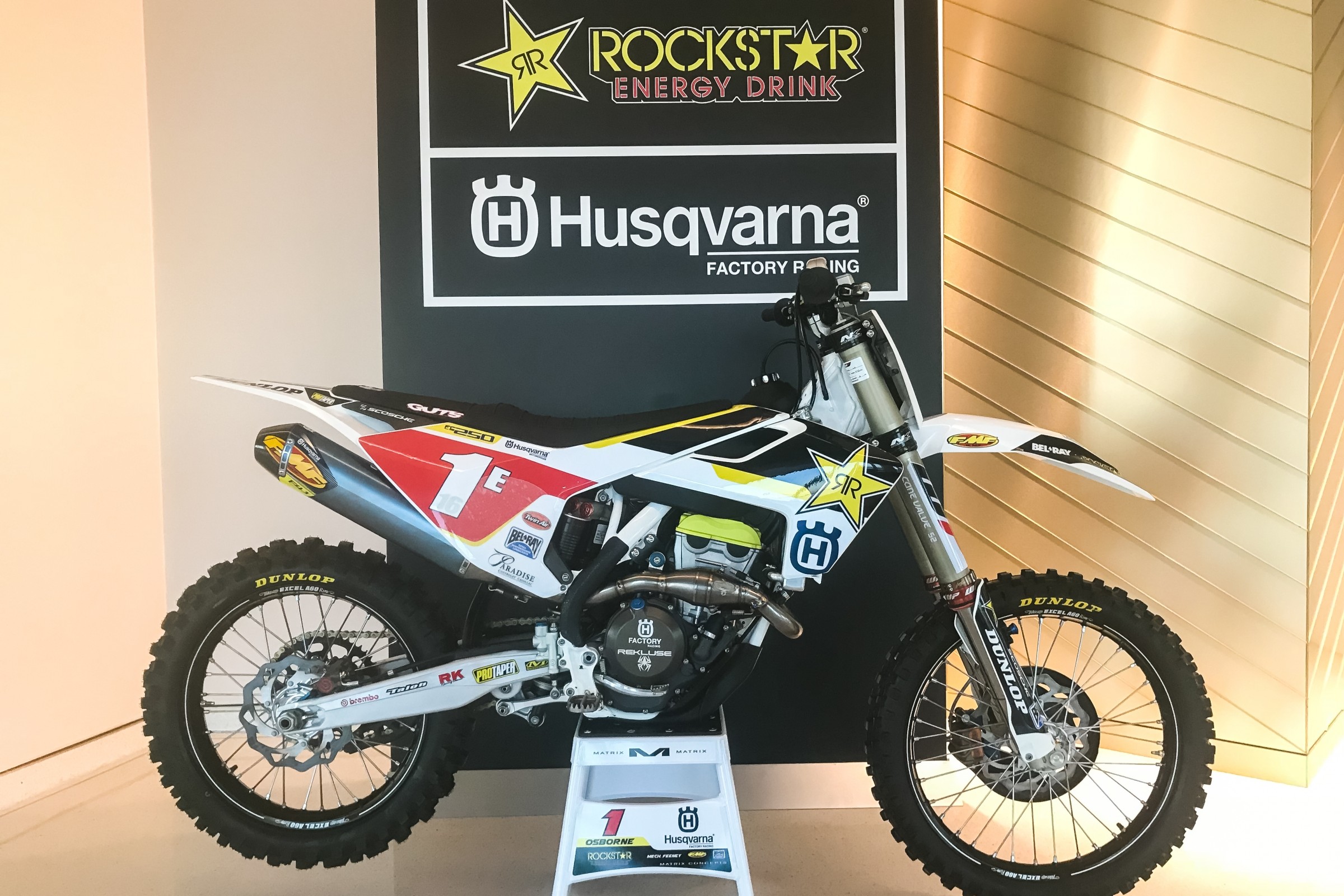 On December 6, Rockstar Husqvarna held a unique intro in downtown Los Angeles at OUE Skyspace LA. It’s California’s tallest open-air observation deck, at almost 1,000 feet above the city. It was a great backdrop for shooting photos of the all-new FC 450 Rockstar Edition, which is Husqvarna’s version of the new KTM 450SX-F Factory Edition.

In addition to being introduced to the new motorcycle with a presentation led by Husqvarna’s brand ambassador, Jeff Emig, we were also introduced to the Rockstar Husqvarna squad for 2018. The Rockstar Husqvarna lineup includes 450 riders Jason Anderson and Dean Wilson, as well as 250 riders Zach Osborne, Mitchell Harrison, and Michael Mosiman. Below is a quick recap of five things I learned while there:

Zach Osborne will be defending his East Coast Supercross championship next year alongside new teammate Michael Mosiman—some teams won’t commit to coasts a month before the season, but Osborne is locked in with his number one in the East.

Mitchell Harrison will be racing West Coast Supercross next year.

Dean Wilson has been traveling so much since outdoor motocross that he hasn’t been home in three months. His dad is a skilled handyman and just got Dean’s house all fixed up for when he actually gets home. Remember those crazy hurricanes in Florida from a few months ago? Dean hasn’t seen the house post-hurricane. His dad had to replace a few shingles, as well as a few minor things here and there.

Jason Anderson, Dean Wilson, and Zach Osborne all took a red-eye flight back to Florida directly after the event to get back to the Baker’s Factory. Thirty days until Anaheim!

You can read all about the new FC 450 Rockstar Edition here.