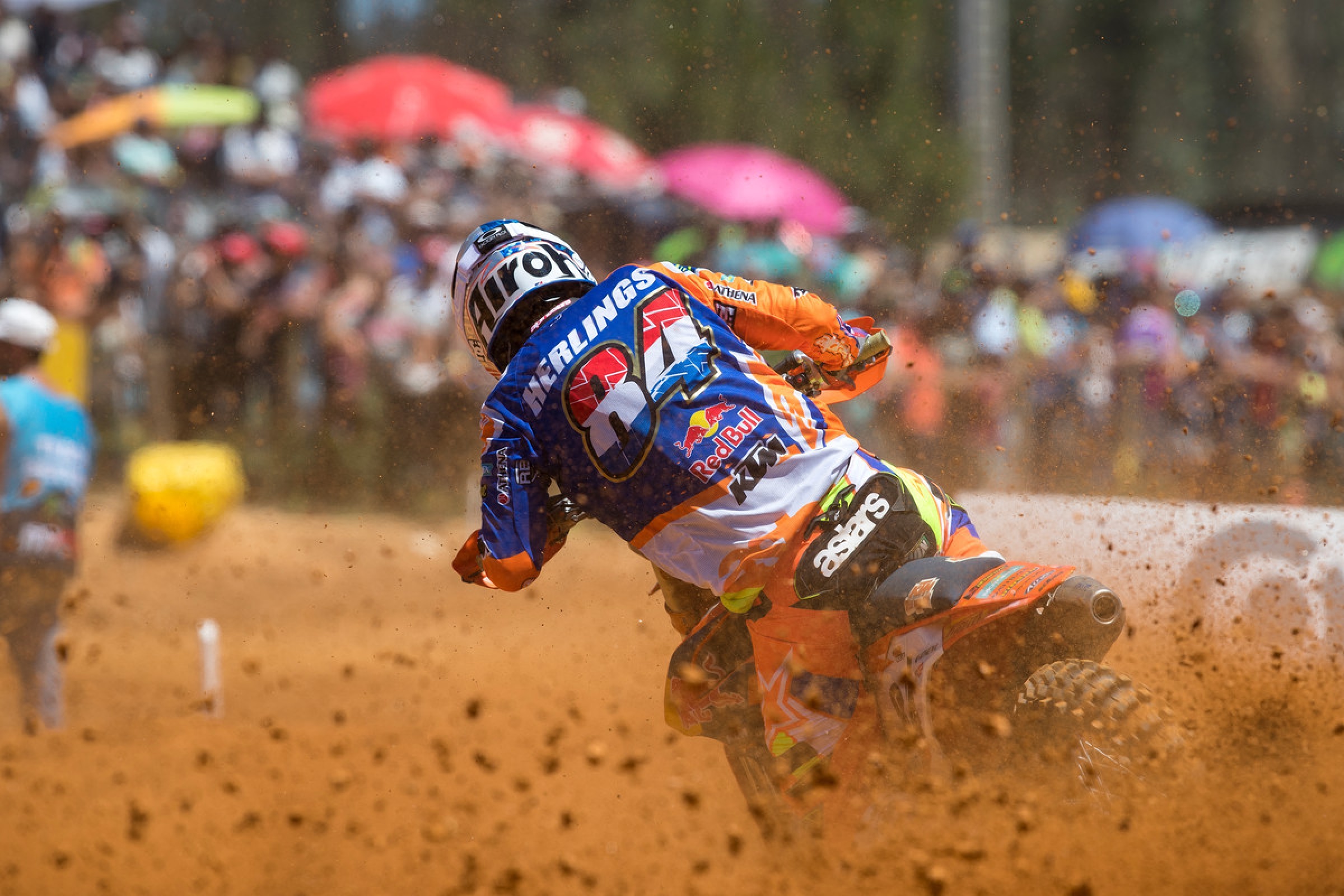 Yesterday, it was confirmed by KTM that three-time MX2 World Champion Jeffrey Herlings would make his highly-anticipated Lucas Oil Pro Motocross debut at the season-finale at Ironman Raceway on Saturday.

Jason Thomas, Steve Matthes, and David Pingree have already weighed in on where they think Herlings will finish on Saturday, but we want to know what you think.

So, how do you think Herlings will fare in his debut?