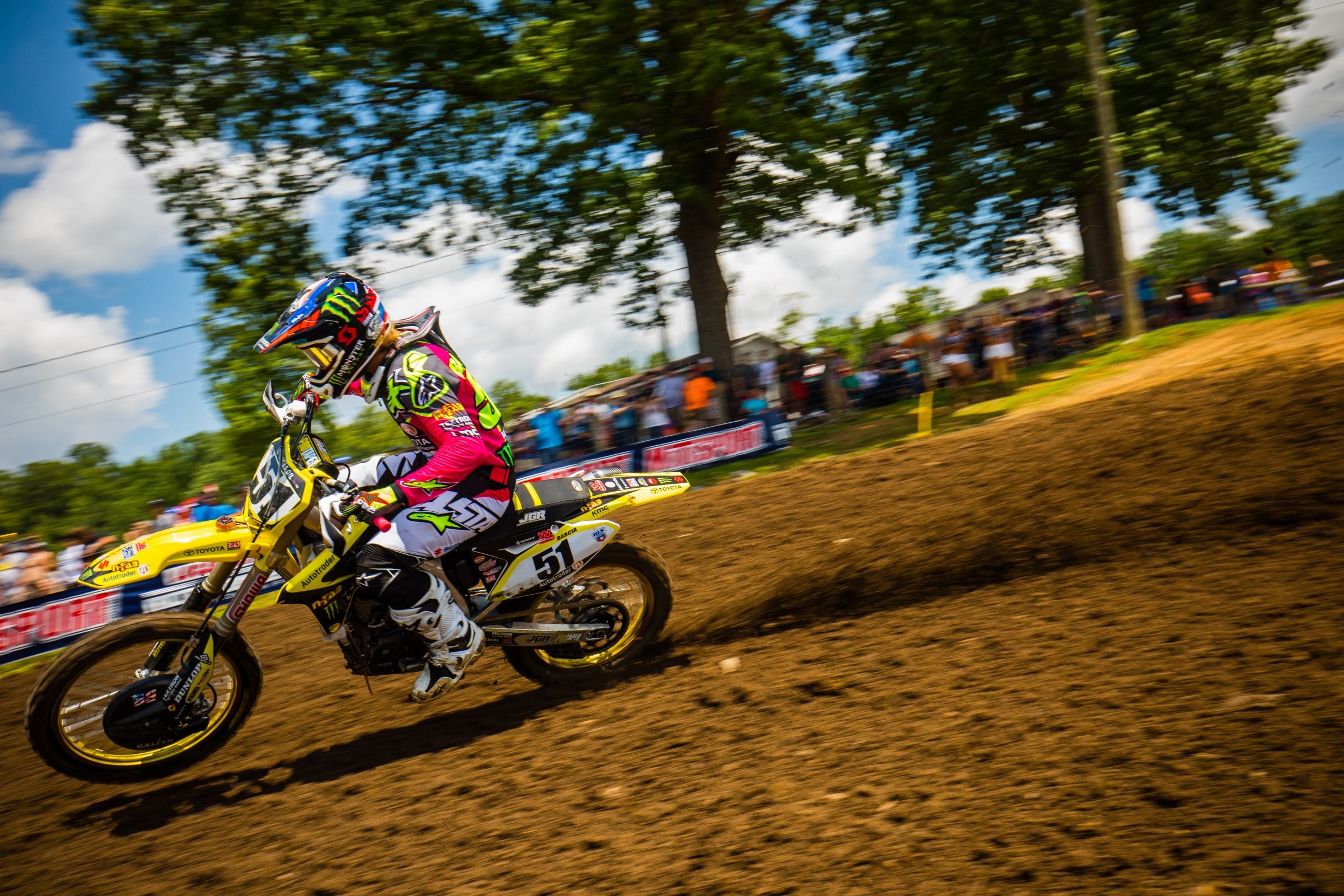 Comment: Anderson has been dealing with the effects of the broken foot he suffered at the MXoN last year. He underwent surgery recently to have a plate removed and is out for the season and will focus on being 100 percent for 2018.

Comment: Barcia sat Washougal out after crashing and getting knocked out in practice. He also missed Unadilla and Budds Creek, but will be back racing this weekend.

Comment: Davalos had a big crash in the second moto at Budds Creek and hurt his knee. He met with doctors this week, who recommended he not put weight on his knee as a safety precaution. He’s out for the finale.

Comment: Grant will miss Ironman after having surgery to fix a knee injury sustained at Southwick.

Comment: Millsaps had surgery to fix his injured wrists after supercross and will not be racing this weekend.

Comment: Roczen suffered a big crash at Anaheim 2 and is still recovering from injuries to his wrist, elbow, and radius (forearm).

Comment: Rodriguez broke his arm in a scary crash during practice last week at Budds Creek. He’s out for Ironman.

Comment: Tickle dislocated his shoulder at RedBud and is out for Ironman. The good news is he’s getting to spend some valuable bonding time with his dog.

Comment: As we reported earlier this week, Yamalube/Star Racing Yamaha’s Dylan Ferrandis injured his wrist in a first moto crash last weekend at Budds Creek. The team was awaiting more tests before announcing his status for the season finale. Today, on his personal Instagram page, Ferrandis announced he suffered a broken scaphoid and is out for this weekend.

Comment: Forkner will not race this weekend due to a concussion suffered in practice the week leading up to Millville.

Comment: Hill will return to racing at Ironman after injuring his wrist during practice at Millville.

ALEX MARTIN – COLLARBONE AND SCAPULA | OUT

Comment: Martin is out for the season with an injured scapula and collarbone.

Comment: Racing has its hazards, and apparently getting on the podium is one of them. McElrath, who finished third overall at Budds Creek, was having difficulty popping his champagne bottle, and when he decided to just smash it open the bottle exploded in his hands, cutting them deeply and slicing some nerves. He’s out for Ironman.

Comment: McAdoo injured his shoulder earlier in the season and hasn’t raced since.

Comment: Mosiman had surgery on an injured shoulder and is out for the season.

Comment: Oldenburg broke his collarbone at Glen Helen and hasn’t raced since.

Comment: Savatgy had a painful crash during practice last weekend at Budds Creek and injured his foot, which he’d already hurt the week before when he collided with a lapper. He’ll miss Ironman.

Comment: Smith is out for Ironman with a torn MCL.