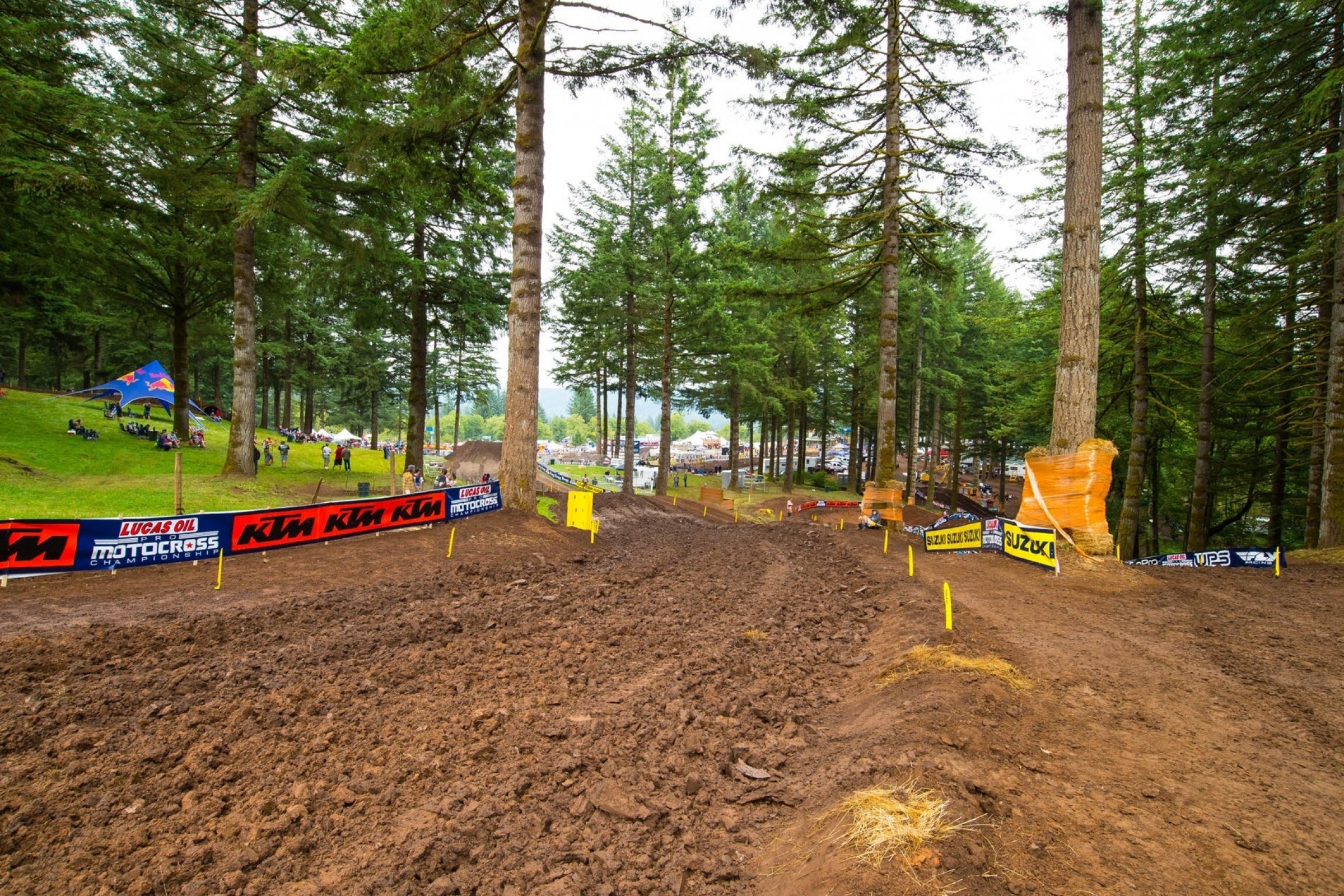 Joey Savatgy hasn’t been having a stellar summer. The Monster Energy/Pro Circuit Kawasaki rider was expected to be in the thick of the championship chase, but instead sits fourth in the standings, 97 points behind Zach Osborne. He seemingly returned to form at Millville though, going 1-2 for his first overall since Thunder Valley. We’ll see if he can keep things rolling in Washougal. –Aaron Hansel

Not too long after tearing his meniscus, Marvin Musquin came roaring back to victory at Millville with a 1-1 performance. How good was he? He won the first moto by over 17 seconds and finished over 15 seconds ahead of Blake Baggett in the second moto. Unfortunately for Musquin and Red Bull KTM, he is 60 points out of the lead and doesn’t currently pose much of a threat to Tomac’s quest for a championship. But at Millville he did show that he’s once again ready to challenge for wins as we enter the final phase of 2017. –Hansel

Yes, we know Dean Wilson was third overall at Southwick, but then again, weird stuff can, and often does, happen on sand tracks and just because a rider does well at Southwick doesn’t necessarily mean he’s about to start surging. But in Wilson’s case it apparently does. The Rockstar Energy Husqvarna Factory Racing rider put in his most solid performance in years, going 3-3 for second overall on a track that had many other riders, including championship leader Tomac, hitting the dirt. Wilson’s on the gas right now, and if he can get more good starts at Washougal there’s no reason to think he won’t be on the podium for the third week in a row. –Hansel

Apparently, all it takes is a good start for Shane McElrath, who took his best moto finish of the season at Millville with a third in the second moto. As we’ve seen in the past, sometimes just a single good finish is enough to boost a racer from the middle of the pack to battling up front. Keep a close eye on the gate at Washougal—if McElrath gets out of it well in both motos he might just find himself battling for more great moto finishes. –Hansel

Although Martin Davalos hasn’t consistently battled for podium spots, he has been extremely solid lately. Yes, he’s got some serious skill, but you’re lying if you claim you predicted he’d take a fourth in a moto at each of the last two rounds. He’s just never been known as a guy who can maintain fast lap times for entire motos, but judging by his recent string of strong finishes, that may be changing. We’ll see what kind of speed and endurance he brings to Washougal, where the weather is expected to be much more comfortable that it was last week. -Hansel

There’s no denying the first eight rounds of Lucas Oil Pro Motocross have been a disappointment for 250SX West Region Champion Justin Hill, who has just one top five moto finish and is currently 15th in points. Yet, for all his struggles, one could argue Hill should be in podium contention this weekend. The Oregon native grew up riding Washougal and has always had success here. Just last year, he returned from a long layoff and promptly went 8-4 for fifth overall. In three career races at Washougal (he missed 2014) Hill has finished fifth overall twice. “There’s something about coming back to a track you grew up racing,” said Hill in a team statement. “When you feel at home, it gives you that needed boost to push through. I’m really looking forward to seeing family and friends this weekend.” We’ll see if Hill can turn around his season this weekend. –Chase Stallo

Speaking of local, it doesn’t get more local than Tommy Weeck, who hails from the nearby town of Carnation, Washington, and whose brother-in-law, Ryan Huffman, is one of the track owners. Although Weeck no longer races full-time and this is his only race scheduled for this year, he always shows out at his home race. In five career appearances, Weeck has only finished outside the top 20 overall once, and in 2014 he finished ninth in the second 450 moto. We’ll see what the local kid can do this weekend. –Stallo

We’ve yet to see Tyler Bowers this summer, as the former Monster Energy/Pro Circuit Kawasaki rider was on a supercross-only team with 51Fifty Energy Drink Yamaha this season. Bowers, riding a Kawasaki, will return to racing this weekend in the 450 Class. In a fill-in role with Monster Energy Kawasaki last year in the 450 Class, Bower finished a season-best 11th overall at Washougal. On Thursday, Bowers won the famed Thursday Night Race at Portland International Raceway over Fredrik Noren and Justin Hoeft. We’ll see if that translates to a good result on Saturday. –Stallo

For the first time since a nearly career-ending crash at the Seattle Supercross, Chris Alldredge is back racing. The former Monster Energy/Pro Circuit Kawasaki rider sustained a laundry list of injuries [partially collapsed Lung, small bit of air in chest, grade one lacerated liver and adrenal gland. Fractured 10th rib, fractured pelvis, and fractured L1, L2, L3, and L4] at Seattle when he crashed and was landed on by Shane McElrath. When we spoke with Alldredge in May, he said he was done racing supercross, but that he’d like to continue to race outdoors. “Whether it’s confidence—which I really don’t have any at the moment—because things have gone so bad the three years that I’ve done it. Whether that’s bike problems or my own mental problems or just s****y luck, it just kind of happens. So I’m done with supercross, but I’d like to do anything outdoors.” We’ll see how the Oregon native performs in his first race back in the 450 Class. –Stallo

In his first race in 329 days, Matt Bisceglia, who is filling in for the injured Broc Tickle at RCH/Yoshimura Suzuki, promptly went out and scored a 10th place finish in the first moto at Millville. Bisceglia may have pushed it a bit too hard, though, as he suffered from heat exhaustion and wasn’t able to line up for moto two. “Unfortunately, I didn’t have enough left in the tank for the second moto,” he said. “It was a huge accomplishment for me, even if I was only able to do it for one moto this weekend, it was still huge for me because I haven’t raced in almost a year.” Although he spent much of his time in Texas, Bisceglia, like Hill and Alldredge is a native of Oregon. Let’s see how his return to the Pacific Northwest goes tomorrow. -Stallo