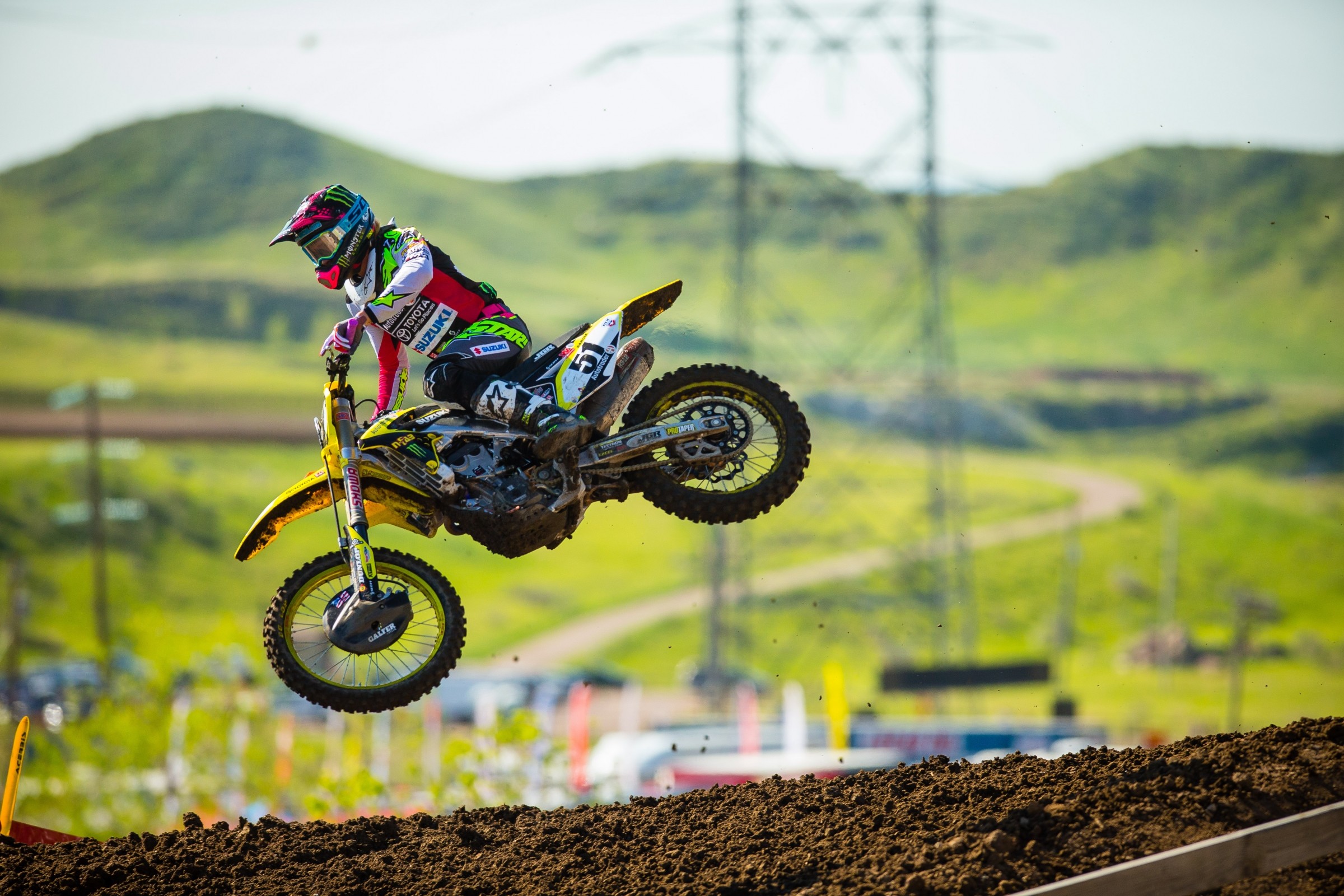 Comment: Barcia fell during the first practice last week at High Point and hit his head, prompting him to sit the day out. At time of posting we hadn’t received an official word from the team on his status for Muddy Creek, but earlier in the week on Instagram Barcia said he was hoping to be back for the weekend.

Comment: Bloss is back on the bike and preparing for a return to racing at Spring Creek.

Comment: Canard was scheduled to return at RedBud, but our own Jason Weigandt heard from Marvin Musquin at press day that Canard was going to suit up for Muddy Creek.

Comment: Craig is currently building up strength in his left hand after suffering a boxer’s fracture in the second moto at Glen Helen. He had surgery and tried to race High Point but his hand just wasn’t ready yet. He’ll be back at RedBud.

Comment: Both Enticknap brothers are out for the foreseeable future after sustaining injuries in Las Vegas. Adam with broken ribs, collarbones, and a partially collapsed long, and Tyler with a fractured tib/fib.

Comment: Harrison missed High Point due to an ankle injury but will be back for Muddy Creek.

Comment: Millsaps, who raced supercross with injured wrists, underwent surgery to have them repaired. He’s expected to return at some point during the summer, but a precise timetable has yet to be announced.

Comment: Musquin tore the meniscus in his left knee before High Point. He’s in for Muddy Creek, but in a press release he stated “the next few weeks will about salvaging points.”

Comment: Nicoletti is planning on making it back for the final three Nationals after fracturing his lower fibula, shattering his heel, and dislocating his ankle during supercross.

Comment: Roczen suffered a big crash at Anaheim 2 and is still recovering from injuries to his wrist, elbow, and radius (forearm). If you need to get your Roczen fix, you can check him out on Instagram popping wheelies.

Comment: Bisceglia is preparing for a return to racing at RedBud.

Comment: McAdoo planned on racing High Point but after practice he realized he still wasn’t ready after injuring his shoulder at Glen Helen. He’ll sit another week out and come back for RedBud.

Comment: Robin injured his right foot during the second moto at High Point and will miss Muddy Creek.

Comment: Smith was back for High Point after suffering a back injury in Las Vegas but didn’t end up racing after crashing in practice. After the crash he tweeted the following: “Had a crash in practice today.. got a little black eye and twisted ankle. Decided wasn't worth trying to race today. We will be back.” He’ll sit Muddy Creek out.