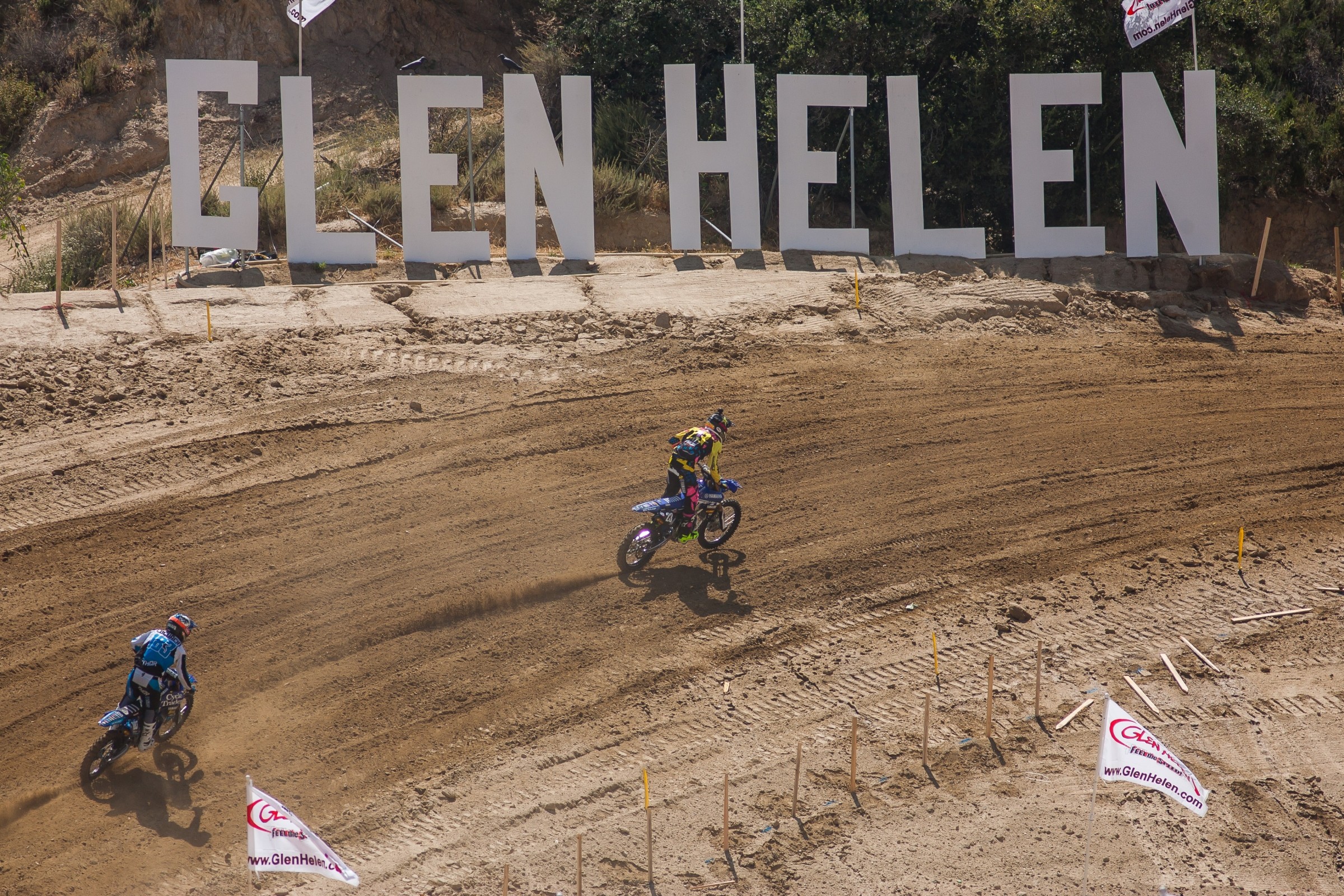 For Marvin Musquin, the bad news is Eli Tomac passed him in both motos (early in moto one). The good news is, it wasn’t a complete blowout (second moto) like in 2015, when Tomac smashed everyone by ridiculous margins. Musquin can also take comfort in that he was able to temporarily hold Tomac off in the second moto, staging an epic battle in the process. Hopefully the two find each other at Glen Helen and put on another amazing show. –Aaron Hansel

Dean Wilson was on the gas at Hangtown. After going down early in the first moto when a blinded Jason Anderson (Anderson had blood running through his eye after taking a rock to the face just above his eye) ran into him, Wilson came from way back to salvage a 10th. In the second moto he stayed out of trouble and ended up fourth! He even posted the third-fastest lap of the second moto—only Tomac and Josh Grant had quicker laps. If he brings that same speed to Glen Helen, we just might see him on the podium. –Hansel

Is what Jeremy Martin undoubtedly felt in the first moto last week when his bike stopped working because of an electrical issue, causing the GEICO Honda rider to DNF the first moto of the year and start his season trailing championship leader Zach Osborne by 30 points. Making up those points certainly isn’t impossible, but it’s not going to be easy with Osborne so obviously on point. A perfect 1-1 performance at Glen Helen would be ideal for Martin, but no matter what happens he can’t give up another chunk of points this weekend. –Hansel

If things play out at Glen Helen like they did at Hangtown, it’s going to be rough for anyone not named Zach Osborne. The Rockstar Energy Husqvarna Factory Racing rider made it look easy when he won both motos and wasn’t under any real pressure from anyone on his way to a perfect 1-1 performance. There are still 22 motos left in the 2017 Lucas Oil Pro Motocross Championship, but if Osborne, who already has a 14-point lead, kills it again this Saturday, it could be the beginning of a long summer for everyone else. –Hansel

We know Alex Martin can handle the heat and nasty chop usually present at the Hangtown and Glen Helen Nationals. He was second at Hangtown both this year and last, and he won Glen Helen last year to record his first ever overall victory. Clearly, this Millville, Minnesota, native has no problem going fast in California. If he doesn’t get horrible starts, it wouldn’t be surprising to see him win at Glen Helen for the second year in a row. –Hansel

Decent. Was the term reigning 250MX champion Cooper Webb used to summarize his first 450MX race at Hangtown. Most agree it’s a fair assessment as he rode to relatively quiet 5-9 finishes for seventh overall. Judging by recent history, Webb’s debut is on par with recent previous 250MX champions making their 450MX debut—including some guy named Ryan Dungey (though most don’t expect Webb to win a title this year, like Dungey did in 2010).  “Glen Helen is one of my favorite tracks on the circuit,” Cooper said. “I'm not a West Coast guy, but I always enjoy it there and seem to do well. Hangtown was a decent start to the series for me, but I know I can do a lot better, and I'm looking forward to leaving the California rounds on a high note!” Let’s see how he fares with a race under his belt. –Chase Stallo

Getting in the Mix

Speaking of past 250MX champions. If you polled the industry prior to Hangtown, most would have had Blake Baggett standing on the podium at the opener. Baggett was impressive at Hangtown in 2016, passing Eli Tomac for third in the first moto before going out with a shoulder injury in moto two. Coming off a career-year in supercross, most penciled Baggett in for a top three spot. Baggett rode to a quiet sixth overall, but said in a team statement that he felt good. “I felt good out there today. I didn’t get the starts I needed today to battle up front, but my endurance is there.” Don’t expect Baggett to be outside the top five for long. -Stallo

Is there a more confident rider in the world at the moment? Eli Tomac ran down Ryan Dungey in Monster Energy Supercross, winning a career-high nine races before coming up short of the title. He won the first moto at Hangtown with relative ease, before chasing down Musquin in moto two, for a perfect 1-1 finish. Post-race, Tomac said it wasn’t as easy as it may have appeared. “By no means was it easy, there was some good battling, especially in that second moto,” he said. “We were a little bit deeper in the pack in the second moto and the track just got gnarlier and gnarlier.” Can he make it four-for-four this weekend? -Stallo

As we pointed out earlier this week, since 2000, only 35 percent of the time has the winner of the opening round gone on to win the championship in 250MX. So, while he’s just under a full moto behind in points after two motos (22), there is plenty of time for Joey Savatgy, winner of Hangtown 2016, to rebound. After a heartbreaking finish to his supercross season, Savatgy finished seventh overall last weekend. “Whether you have a good or bad race, it’s always nice to get that first one out of the way,” said Savatgy. “We were faced with some really tough conditions that I hope really helped us as we come into this weekend. The team has been working really hard to get us dialed so we can come out with a good result this weekend.” While he’s still in the thick of this title chase, he needs to avoid digging a further hole for himself this weekend. -Stallo

According to nearly 55 percent of our readers, Josh Grant had the most underrated ride at Hangtown. Grant’s 3-3 finish for third overall was his first overall podium since 2013. Grant, who turns 31 in June, said after the race that he feels rejuvenated after undergoing surgery on his troublesome ankles last year. “Honestly, it’s a little bit different approach. I think with being older, I still feel like I have a lot to learn and left in the tank to really do good. I feel like every year it was either battling back from injury, but I feel like it’s a new year, new me. I just feel better.” The veteran is always good at his home track—winning the first moto in 2014 over Dungey and Ken Roczen—so expect much of the same from JG this weekend. -Stallo