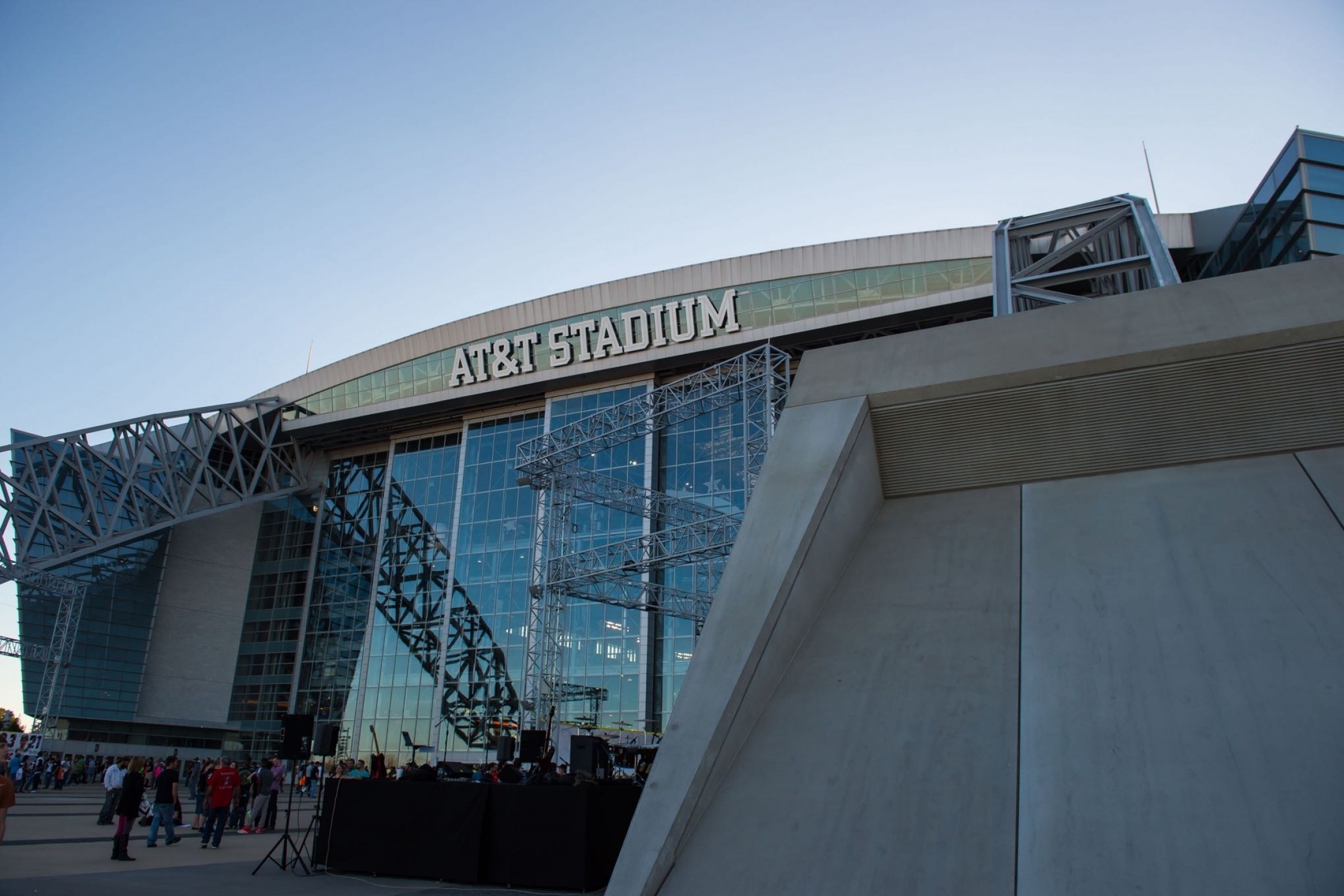 Everything is bigger in Texas. We’ve all heard that saying before and as far as supercross goes, Jerry’s world is the biggest venue we see all season. AT&T Stadium is a city in its own right. I have roamed the bowels of the dome for what seemed like hours, just checking out what $1.3 billion can buy you. It’s a great home for supercross and I get excited to be in such a cool building.

The dirt in Dallas (sorry Arlington, it’s always going to be the Dallas SX to me) has always been one of the challenges for the riders. It’s hard-packed and slippery by nature. When we were still at the old stadium in Irving, this round along with Las Vegas and Phoenix were the races that caused nightmares for the tire companies. The new dome has helped control some of that, keeping the wind and sun off the surface. It’s not tacky Georgia clay by any means, but it’s a huge improvement over what it used to be. It will still be the hardest surface we’ve seen in this young season and that could change the game for a few riders.

The track in Dallas is best described with one word: busy. There are jumps and whoops everywhere! I love to see the track builders get creative and give riders options. The dirt will be consistent and won’t hold anyone back from jumping so look for some to go big. Riders like Justin Brayton and Malcolm Stewart stick out as riders who will try to put together some sort of quad or a combo that makes everyone rethink their strategy. The start is pretty short and goes into a 90-degree left turn. I look for a few riders to blow through that turn and end up in the Tuff Blocks. Short starts usually lead to collisions and that pushes everyone wide. Just after the start, there’s a rhythm that will be different on the race laps as the track actually jumps over the start. I look for a 2-3-2 rhythm here during the race. That leads into a 180-degree turn before a looong rhythm spanning the entire length of the stadium. On paper, this looks like it will be pretty straight forward. The race line should be on-off-3-3-2. Some riders may try to quad out of the turn but the rest of the lane would still be 3-3-2. There are other possibilities but I can’t find any that would be faster than what I listed above.

Next up is a 90-degree right hand turn into a standard supercross triple. The next 180 degree turn comes up quick before six jumps that should be a 3-3 for most of the supercross elite. Another tight 180-degree turn sends riders back into another short rhythm section before the finish. The 90-degree turn before the finish should be fairly uneventful but all of those preceding 180s will be interesting for those final qualifying spots. There are a couple of flat turns before two sets of whoops back to back. Dallas is renowned for big, nasty whoops so I look for that to continue. The toughest part about the Dallas whoops is that they don’t really break down. If anything, they get cupped out and worse as the night goes on. Some of that will depend on how hard the dirt is this year. Rain and snow leading up to the race can vary the moisture each year. If the dirt is rock hard (2011 for instance), the whoops will be brutally tough and blitzing is the only way to go. If the dirt is a bit softer (2012), riders will be able to jump some and blitz some. In any case, Dallas whoops are usually big. Back to back whoop sections can really test riders’ cardio levels because it’s nearly impossible to maintain breathing in the whoops. If you saw a chart of a rider’s heart rate throughout a lap, it would spike in the whoops and then level out on the rest of the track. That’s a result of holding one’s breath and also just the extra exertion that whoops demand. There’s one interesting aspect to wrap up the whoops and the lap. On the exit of the second set, there’s an opportunity to double over the start and land into the next turn. It will all depend on how they build it but if it’s difficult, this could be a point of separation for several riders. Keep an eye on how that shapes up.

Will Chad Reed get back to his podium level as the dirt shifts back to the hard side?

Can Eli keep the ball rolling?

How will Ryan Dungey respond?

Justin Hill has the points lead. Will that change anything for him mentally?

There’s a big battle for the top-10 spots. Who steps up and becomes a mainstay out of the Mookie, Dean Wilson, Justin Bogle, Broc Tickle, Justin Brayton, Jake Weimer group?

Eli Tomac has turned up the heat in the last two races. Phoenix was impressive, but Oakland was much more impactful in the mind game between he and Ryan Dungey.

Cooper Webb scored his first ever podium and won his first ever Heat. He was also the fastest qualifier out of practice. Things are looking up for the #2.

Justin Hill has won three races in a row and taken the points lead. He crashed in the main event and still won this weekend. Impressive stuff.

Yes, Ryan Dungey is still your points leader and technically added to his lead Saturday. I would bet he was disappointed with losing that race lead and being unable to match Eli Tomac’s pace for the second straight weekend, though. No reason to panic, obviously, but he has to stop this runaway train called Eli Tomac.

Oakland should have been a good race for Aaron Plessinger but that didn’t pan out. He was a favorite for this title coming in but he is winless thus far.

Josh Grant has had two tough weekends in a row. Phoenix handed him a big crash on press day and then Oakland left him with a sore hand after a practice crash, missing the night’s racing.

Chad Reed jumps back into the top five.

Weston Peick decides to take matters into his own hands (pardon the pun) and is back in the game for Dallas.

Austin Forkner picks up a big outside sponsorship from Tinder, the dating app. Don’t confuse Tinder with tender, which is what his junk was after that crash in Oakland.

Steve Matthes skips Dallas after receiving a new hot tub courtesy of Smartop MotoConcepts. Steve’s fledgling love affair with the team will be full of partying in SoCal and basset hounds.