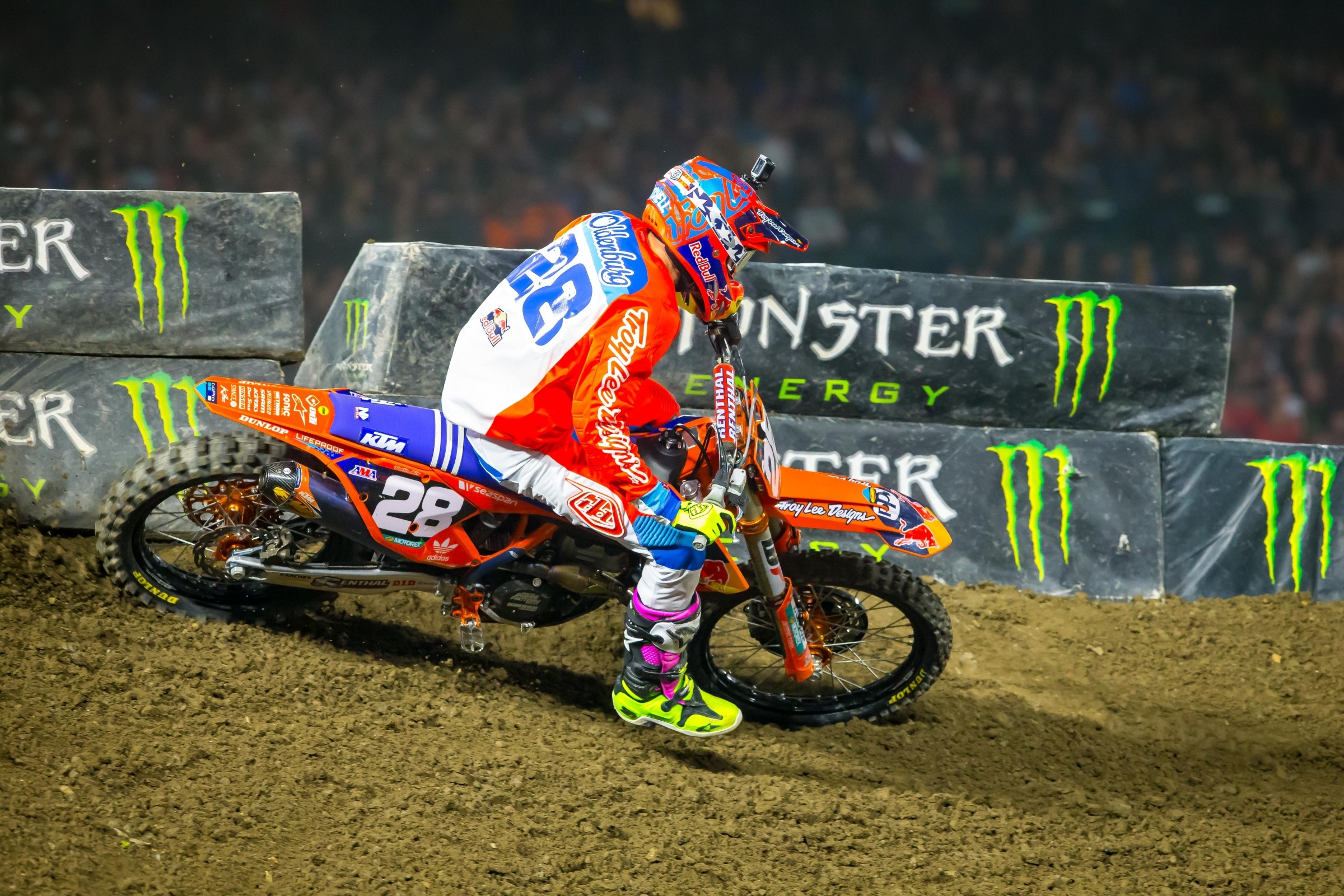 Comment: Albertson sat out of last weekend’s night show in San Diego after taking a digger on the same jump that caught both Mitchell Oldenburg and Jeremy Martin. Albertson said on his Instagram page that he’s thankful to be okay and was going to take it day by day until he felt 100 percent. He was riding during the week so we expect him to be back for Anaheim 2.

Comment: Alessi cased a jump hard at A1 and missed San Diego. He’ll be back this weekend at A2.

Comment: Barcia injured his wrist several weeks ago and suffered a fracture of his lunate bone along with some ligament damage. He’s out for A2.

Comment: Canard crashed in practice at the opener and suffered a minor tear in his rotator cuff. Canard says the tear is minor and once the swelling goes down he should be cleared to race, but as of Thursday morning the team was still unsure if he’d be racing A2.

Comment: Alldredge sustained a broken collarbone in a practice crash recently but hopes to be back for Oakland. Jon Jon Ames is filling in for him in the meantime.

Comment: Bisceglia broke his foot before the season. He had surgery and is hoping to be ready for the start of 250SX East Region.

Comment: Nichols is working toward being ready for the 250SX East Region after a broken femur suffered before the season delayed his debut with Yamalube/Star Racing Yamaha.

Comment: Oldenburg went down early in practice in San Diego, breaking his collarbone in the process. He’s out for A2.

Comment: Taft suffered a concussion earlier this week while practicing at Lake Elsinore. A return date has not been set, and he will miss A2.