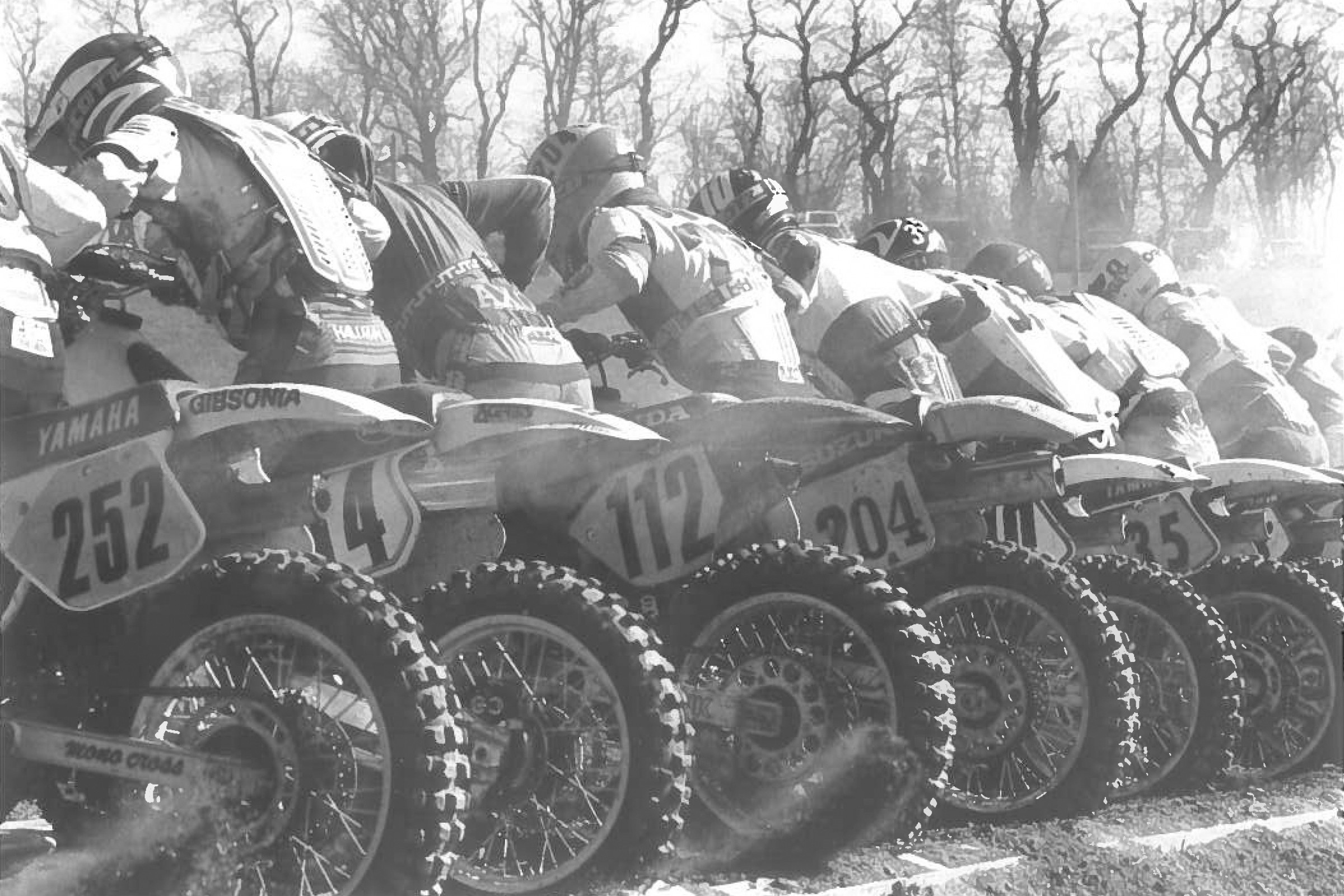 If you’re a fan of dirt bikes, or motorcycling in general, you’ve undoubtedly read reports of a proposal from the Office of United States Trade Representative that asks for a 100 percent tariff on small-displacement motorcycles from Europe. (You can read the entire proposal here.) Yes, a 100 percent tarrif on, for example, a KTM 450SX-F. You’re probably asking: why would the U.S. put such strict restrictions on motorcycles? Well, it doesn’t really have as much to do with motorcycles per se, as it does with beef.

This isn’t a new fight by any means. The U.S., one of the largest beef exporters in the world, has been fighting with the European Union for years about the EU’s decision to ban many of the growth hormones U.S. beef has been raised on. So, the U.S., in an effort to pressure the EU, has put tariffs on similar goods from the EU, and from time to time, has included unrelated goods. In this case, motorcycles. The case has been picking up steam in the motorcycling industry, which would be greatly affected by the proposal, with the AMA releasing a statement this week.

"There is no logical link between motorcycles and beef," said Wayne Allard, AMA vice president of government relations. "It is absurd to even consider such a move. We urge all concerned citizens to make their views known on this issue before the Jan. 30 deadline by using the AMA tools."

"Should the availability of motorcycles be hindered by these unjustified trade sanctions, dealerships may close, leaving countless Americans without jobs," Allard continued. "The negative effects of the proposed sanctions will not only harm the motorcycle sales industry, but will spread through the aftermarket equipment sector, recreation equipment sales, the sports entertainment industry and further down the line."

Both Revzilla and Asphalt and Rubber have a really good break down on what this all means. I urge you to read them. This, from Revzilla, is interesting:

There are reasons to think the threat is not as imminent as it may sound.

First and foremost, the USTR hearing is being held at the request of beef industry lobbyists to revive these old tariff proposals. (The deadline for comments is Jan. 30.) The beef industry can ask, but there’s no guarantee it will receive.

Supporting that view is an 18-year history of these proposed tariffs on motorcycles not being imposed. Dig into the archives and you can find the AMA reporting on the issue in this article in 1999. The issue was also revived a decade ago, as the AMA noted in its news release this week.

So the good news is this might not happen, but this is not something to take a chance on. If you have a few minutes, click that AMA link above and comment. This would be really bad if it happened.

MotoGp in the Snow

Remember when Red Bull sent Max Verstappen into the Alps with his Formula One car? It appears it's Marc Marquez’s turn this year, as the MotoGP champion was spotted riding his RC213V up a ski slope in Austria. Speculation is that this is part of a larger video from Red Bull set to drop sometime soon.

Here's the Verstappen video if you haven't seen it.

Prior to the start of Monster Energy Supercross on Saturday, Feld Entertainment made a huge announcement: after 146 years, the owner of Ringling Bros. and Barnum & Bailey Circus, revealed that the “The Greatest Show on Earth” would close forever in May. The AP reports the decision made by Feld, which also owns Monster Energy Supercross and Monster Jam, among other things, was due to a variety of factors, including declining attendance, high operating costs, changing public tastes, and prolonged battles with animal rights groups. More from the report:

The circus, with its exotic animals, flashy costumes and death-defying acrobats, has been a staple of entertainment in the United States since the mid-1800s. Phineas Taylor Barnum made a traveling spectacle of animals and human oddities popular, while the five Ringling brothers performed juggling acts and skits from their home base in Wisconsin. Eventually, they merged and the modern circus was born. The sprawling troupes traveled around America by train, wowing audiences with the sheer scale of entertainment and exotic animals.

By midcentury, the circus was routine, wholesome family entertainment. But as the 20th century went on, kids became less and less enthralled. Movies, television, video games and the internet captured young minds. The circus didn't have savvy product merchandising tie-ins or Saturday morning cartoons to shore up its image.

"The competitor in many ways is time," said Feld, adding that transporting the show by rail and other circus quirks — such as providing a traveling school for performers' children— are throwbacks to another era. "It's a different model that we can't see how it works in today's world to justify and maintain an affordable ticket price. So you've got all these things working against it."

The Feld family bought the Ringling circus in 1967. The show was just under 3 hours then. Today, the show is 2 hours and 7 minutes, with the longest segment — a tiger act — clocking in at 12 minutes.

You can read the full report here.

Aside from maybe motorsports, technology has changed the game of golf more than any other sport. Wooden clubs have been replaced by steel and titanium, the sweet spot has grown so large it basically encompasses the entire club face, and pros are able to hit it much, much further than their predecessors. Former motocross rider, and current PGA Tour pro, Rickie Fowler and his coach, Claude Harmon III, took it old-school and equipped Fowler with a wooden driver and had him hit a couple. On his best shot, Fowler reached a club head speed of 117.8 mph and the ball carried 283.9 yards. According to the PGA Tour, in 2016 Fowler averaged 301.6 yards off the tee and his average club head speed was 117.71 mph. Same speed, MUCH different results.

Thanks to the Internet, everyone now has a platform to air complaints. Don’t like your meal? Well, better jump on Yelp and TELL EVERYONE how bad the restaurant was. Someone didn’t say something nice to you? Oh, heck no. Better jump on Facebook, Twitter, Instagram, Snapchat, Google Plus, MySpace, and LET EVERYONE KNOW. Don’t like something someone wrote? Straight to his or her Facebook to let them know how big OF AN IDIOT they are. Which brings me to this: a writer recently wrote about fighting in hockey. (Spoiler alert: he pissed a lot of people off.) It apparently made people angry enough to leave comments on his Facebook page. The story could have ended there. Writers get this stuff all the time. Nope, he decided to take EVERY COMMENT and respond to each one—and it’s so, so, so funny. There is a lot of harsh language, so don’t let the kiddos creep over there. I’ll share a few here that aren’t as bad.

Ryan Johnson writes:
Dave…do us all a favor and find a new job.

Thank you, Ryan! You think I’m so good at this one that you think I should get another one? How nice of you to say! And I love the ellipsis for dramatic effect.

Brad Hamacher writes:
Can you even skate? C’mon dude. You are not a hockey guy and will never be a hockey guy. Stay in your lane and write about basketball or ultimate frizbee or safety pins and safe spaces. Leave hockey alone please.

One of the great things about these comments are the people that are so offended by the idea of taking fighting out of hockey that they reference safe spaces because they feel I, the person that is putting an unpopular idea among guys like Brad out there, needs the safe space. It’s not Brad, who is crying and typing frantically about getting an idea he doesn’t like out of his face, that needs the safe space.

And what’s a hockey guy? What does that even mean? I bet Brad thinks he’s a hockey guy. He goes to sports bars alone and starts conversations with people who are trying to watch a basketball game. “LeBron is weak. He’d never last in the NHL.”

Theodore Thomas writes:
You obviously have never played the game. Go back to your safe place and adjust your safety pin. Stay out of hockey.

There’s a lot of “never played the game” stuff in here so I won’t go off on all of them, but it’s safe SPACE not safe PLACE. I also tried to find Teddy T’s hockeydb page and it turns out he never played the game either, so maybe you should stay out of hockey and find your safe place or space. Check and mate, Ted.

You should read them all, it’s worth the time.

Oh, you know, just the casual drive home from work.

Driving home from work on a Friday like pic.twitter.com/6HvS4YWLMJ

Last week, Asphalt and Rubber got their hands on MIC’s industry sales figures, and according to the report, motorcycle sales in the U.S. in 2016 were down 2.1 percent. That’s the bad news. But, the motorcycle industry got some good news this week. Again, according to Asphalt and Rubber, “Ducati Motor Holding has finished counting how many bikes it sold last year, and the official tally is 55,451 units were sold worldwide in 2016. That figure is up from the 54,809 sold in 2015, for a modest gain of 1.2 percent.” The site is also reporting that “BMW Motorrad sold 145,032 units to customers in 2016, a 5.9 percent gain over 2015’s sales figure.” More in regards to BMW.

You can read about Ducati here and BMW here.