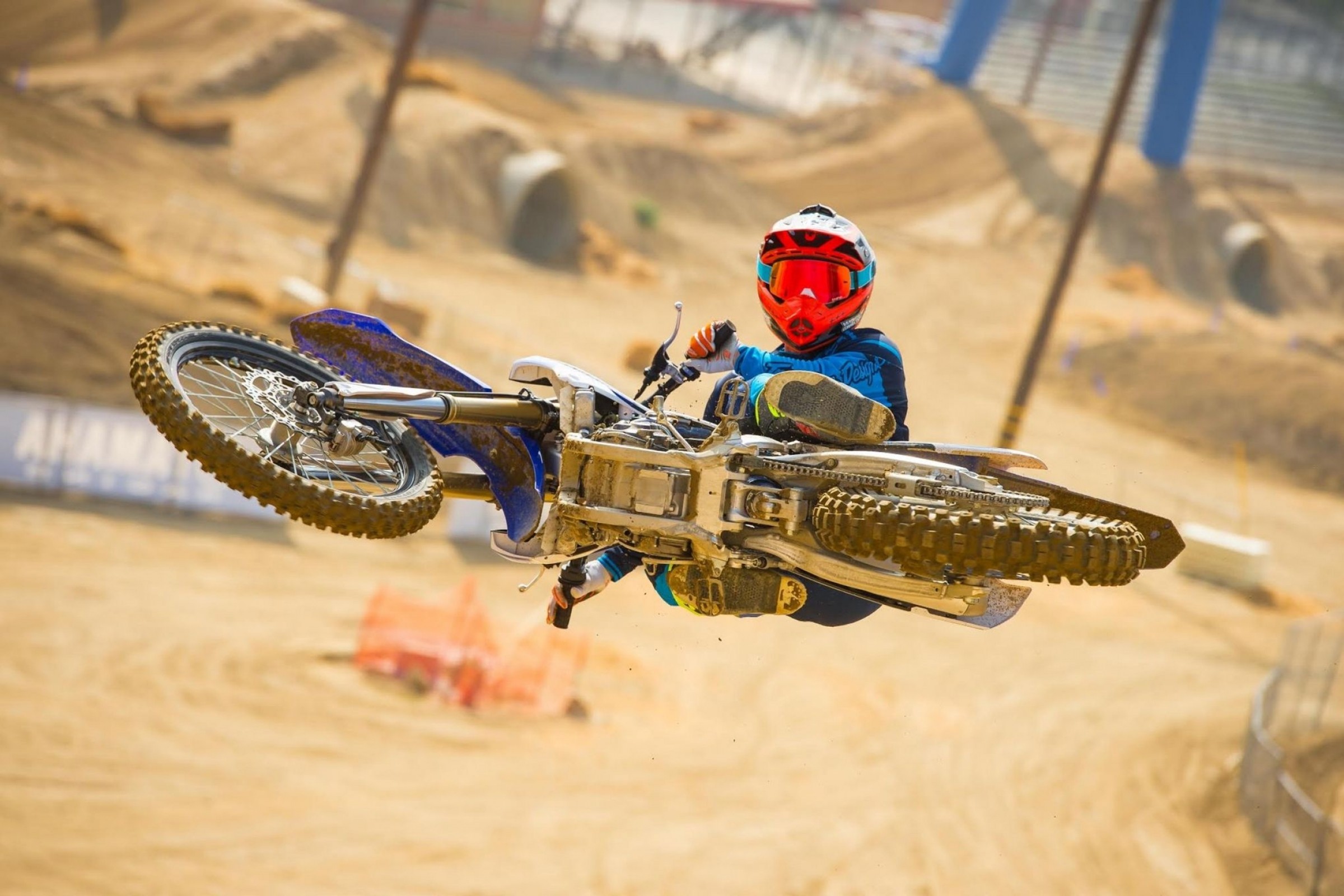 My question is quite simple: I think peoples near the tracks in SX are in very dangerous position, now they are wearing helmets but it’s still a very dangerous place to be for marshals and medics. What’s your thinking?

In your opening sentence you’ve insulted my skill and my age at the same time. Nicely done, Pepe Le Pew. Courage isn’t a trait you Gauloises-puffing Frenchies are known for so I commend your bravado.

Track workers assume a very high level of risk, particularly in supercross. The helmet is a good start, but if a bike gets loose and hits one of them in their trunk they are going to get seriously hurt. This accents the importance of the Alpinestars Medic Unit and regular track crews. When you have flaggers who have never been on the floor of a stadium before, you can’t expect them to be as tuned-in as a guy who works there every weekend. However, we NEED those personnel on the floor so it’s a risk that has to be taken. Here’s a tip of the cap to the Alpinestars Medic Crew, Dig Dug, and the rest of the track crew who put themselves in the line of fire every Saturday night.

I think the reason why so many lite riders fear the premier class it´s because of the 450cc bike.  Only a very small group of super talented and fit racers are able to ride this bike to its limits and even some tune down their machines in search for more control over power.

While I hate statistics when it comes to motocross, there must be someone at Racer X who does not, so it would be interesting to see how´s the injury curve in the history of the freshman riders in the premier class.  From my humble experience, my worst injuries came when I switched from the 250 2T bikes to a 2009 CRF 450. Too much weight, too much power and too much inertia… a word I was not really aware of in the good old days.

The question…shouldn't a 350cc, lighter bike make for a friendlier, safer ride especially for newcomers and lightweight riders?

The 450 is too much bike, I agree. If I was writing the rules I would make the 250 class the premier division and bring the 125cc two-stroke class back. I think the racing would get better because more guys are capable of riding a 250 well. The downside is that to build a competitive 250 race engine you have to spend mucho dinero—and probably some American money too. The 350 doesn’t have enough torque to be competitive on the starts. Good riders could probably turn lap times that are just as good on the 350, maybe even better, but that doesn’t matter when you start in 15th. There is no replacement for displacement so if you want a real solution you have to bring the CCs down for the entire class. Frankly, I don’t see a change coming any time soon. Get used to watching the few elite riders who can actually ride a 450 well and a class full of guys just hanging on for dear life.

About once a year I write to you and, with a couple exceptions, you respond and even put it on the webpage. That's pretty cool. This time it isn't, to me. But maybe this is cathartic to write, so I'll just freeform it out. I am an Army officer and have been riding for 35 years. I consider myself pretty good at motocross - I studied technique since the original "Gary Bailey Teaches Rider Technique" tapes (Beta, even), watched pro races as much to soak in how the pros were riding more than caring about who wins or loses and stayed in as good of shape and rode and raced as often as I could. But the Army has a habit of moving me every couple of years. Four times they moved me to places where they've never heard about motocross and would probably kill you for doing it anyway. Other times they just moved me to places where the weather sucks. Each of these moves cost me skill, timing and fitness on the bike that caused me to have to "relearn" everything I had achieved to whatever point I was at, and reaching my ability became more difficult. And one other constraint grew in magnitude with each move - my age.  Now, instead of being young and quick-to-recover/heal, I am old and the light seems to be dimming. Motocross is my escape from things I would rather not remember, Ping. It's the place where my head is 100% focused on something fun and challenging, as opposed to something I'd rather forget, but must always face. But because of where I currently serve, once more I have to put it away for three or four months, and when I can return to it, I don't know where my head will be, let alone my skill, fitness, and timing.

My service does not make me special; though I am proud I am afforded the privilege. I am not the only rider getting older and some live permanently in cold climates where riding is possible only part of the year. Some pros grow up in those places and manage to stay fast. But I am not getting any younger and motocross is my therapy against memories that just suck. I don't want this taken away from me by age and constant moves. But military service is a passion just as strong as riding for me, Ping. What do I do? I don't want to lose this. Thanks, brother, for reading and being there for all of us.

Thanks for your service. I’m sure you have some terrible images and memories floating around in your head and it’s good that you have an outlet for that. There are options. I don’t know how much snow there is where you’re located, but the snow bike kits by companies like Timbersled are amazing. The one day I spent riding in the snow at Mammoth Mountain was one of the single best days I’ve ever had on a bike. And if there isn’t enough snow in your area then get yourself some good, warm off-road gear and do some trail riding; a little cold weather shouldn’t stop you. Winding single track through the trees will keep your brain occupied and your face smiling, even if you do have a stream of frozen snot from your nostrils to your chin. Supermoto on a cart track? Mini moto? Road course? Find a discipline you can enjoy in your climate and do it. Let me know how it goes, Wade. Duty, Honor, Country.