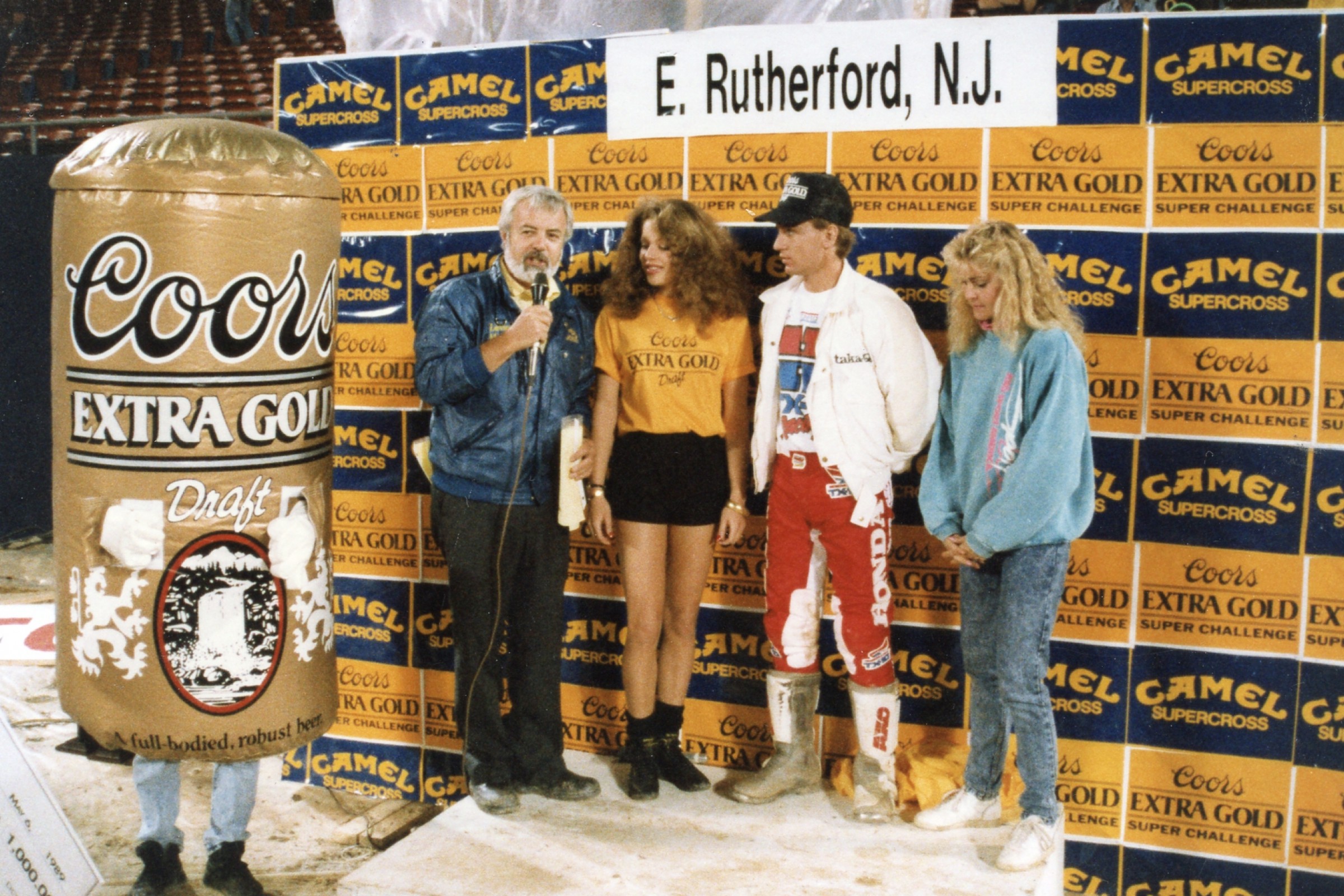 There are always thoughts in this sport about how dirt bike racing can hit the mainstream, that is, break into the conscience of all of American sports fans. With a high profile would come bigger, outside-the-industry sponsorships, which will help the riders make more money and help the teams supplement their budgets without having to keep feeding at the same industry trough.

If any series can find a channel into the mainstream, it’s supercross, and the proof is the history of outside sponsors in the supercross title-sponsor position. From colas to jeans, to cigarettes and beer, to video games, cell phone plans, and now an energy drink, the big bucks at the top of the SX chain have usually come from companies that aren’t only in the motorcycle business.

Eric Johnson compiled a list of every title sponsor in supercross history, and we’ve found some photos to match up. Not every sponsor seemed like the perfect fit, but some absolutely were. Plus, the riders knew how to pump it, such as when two-time AMA Supercross Champion Rick Johnson said on the podium, “We’re not encouraging you to drink beer, but if you are 21 and you would like to have one, we recommend you have a Coors Light.”

1978: Toyota Supercross Series (Mr. Pibb was an associate sponsor for most races)