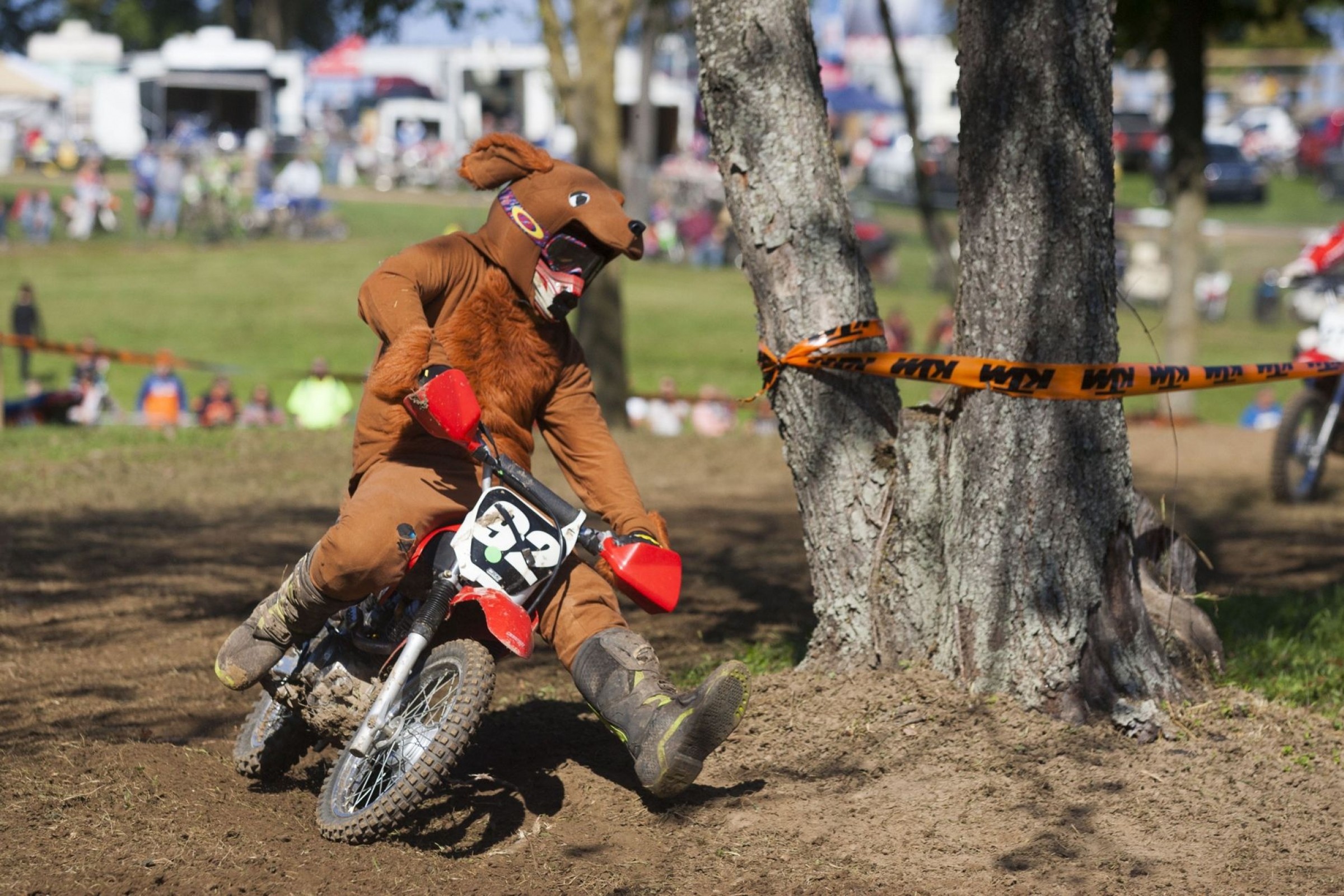 Similar to supercross, there is a gentlemen’s agreement between teams in MotoGP to allow riders that are changing teams the following year to test after the season-finale. Contracts run through December in the case of MotoGP, and with the first round held in March, it doesn’t allow a ton of time for testing. For factories and teams, the following year begins the Tuesday after the final round at Valencia. It’s typical to see riders in plain leathers testing their new bike; they’re also not allowed to speak to the media or compare bikes. For some time, we’ve known that three-time MotoGP world champion Jorge Lorenzo would leave Yamaha for Ducati beginning in 2017. The relationship between the two has certainly soured, and while Yamaha will allow Lorenzo to test at Valencia, they’ve put a stop to a private test for Ducati scheduled for Jerez on November 23-24. Why? The story has a lot of moving parts, and if you want a great recap of the entire situation, check out David Emmett’s piece on Asphalt and Rubber last week. Here’s a snippet from his column.

The discussion of how Yamaha’s decision was being perceived among fans led Jarvis to point out that it was the media who were setting the tone. The anti-Yamaha sentiment was because of the way the situation was being framed.

The media and the fans were talking about Lorenzo being banned from testing at Jerez, rather than being allowed to test at Valencia.

“I think it’s a matter of how it’s positioned,” Jarvis said. “If you focus on the fact that we’re not allowing him to test in Jerez, you can turn that story around however you want. And I think that the media and all of you have a great influence in the way that this story is told and the way it is understood by people.”

“If you focus it on the other way around and say hey, he’s not allowed to do any testing in fact, and Yamaha are playing the game and they are giving him the two days, of course, logically Yamaha don’t want to help their competitors come up to speed. It’s a different angle.”

“Put yourself in the shoes of Yamaha. What would you do if you were still paying a rider for another seven weeks? Would you allow that rider to spend all of his riding time trying to improve your competitor’s performance while you are still paying the contract? You try to explain that to your shareholders or to your sponsors or to your colleagues. It’s the way it is.”

Why, Jarvis was asked, is Lorenzo being allowed to test at Valencia at all? “This is the concession,” he replied. “We think this is OK. This is the industry norm, and this is quite typical. We find it acceptable to do that.”

Lorenzo was stripped of his crown last weekend at Motegi in Japan, as Repsol Honda’s Marc Marquez won a third MotoGP title at just 23 years old. It was a terrible weekend for Lorenzo, who had to be airlifted from the circuit after a massive high-side crash in practice.

Lorenzo checked out fine, and even returned for the next practice session. Things didn’t go much better in the race, though, as Lorenzo crashed again and was unable to finish.

One of the biggest storylines for the third edition of Red Bull Straight Rhythm this weekend is the debut of the Alta electric bike, being ridden by Josh Hill. The former 450SX race winner was on the Pulpmx Show Monday discussing the bike and was also featured in a Revzilla profile. Hill, a former factory racer, told Revzilla that on power, the Alta is between a stock 250 four-stroke and a race team 250 four-stroke.

“It’s got the response of a race bike but it doesn’t have the top speed yet,” he told Revzilla. “If the course is rough and technical, we’ll be right there. If it’s fast and easy, then we’ll be more challenged.”

With defending champions James and Malcolm Stewart out for the weekend, and no Ken Roczen, Eli Tomac, Jason Anderson, the list goes on, Hill’s debut will certainly be a reason to watch this weekend.

Remember RBSR last year? The return of James Stewart as it was. Well, the defending champion is out this year while he tries to secure a deal for 2017. Understandable. Although, selfishly I wanted the #259 to show up and rip a two-banger. With the rider the event is tailor-made for out this weekend, let’s enjoy some awesome moments from his return to racing last year.

This is Just Dirty, Man

Even the camera guy gets taken out.

I’m not really “into” mountain biking. Although, I do typically catch some highlights of big events like Red Bull Rampage, and the stuff these guys are doing is absolutely insane. With Rampage taking place last weekend in Utah, Red Bull has released an insane amount of videos on its YouTube page, which you should check out. Here are a few of my favorites.

The FIM’s crackdown on aerodynamics was made more prevalent with the latest rule changes announced by the Grand Prix Commission. Although the banning of winglets was previously announced, the new rules go directly after aerodynamics. From Asphalt and Rubber:

The banning of winglets decided earlier this year was made on two grounds: removing the danger of being struck by a protruding wing, and reducing the potentially astronomical cost of an aerodynamic war beginning.

Banning winglets would prevent the first issue from being a problem, but would do nothing to address the second point. Indeed, with the aerodynamics cat well and truly out of the bag, the factories have already hinted that their focus would switch to fairing design.

The Grand Prix Commission have moved to stop that war starting before it begins. From 2017, factories will have to homologate fairing and front mudgard designs, with only one upgrade to each allowed per season.

The idea behind it is to allow factories to continue to develop aerodynamics, but to limit the amount of time and money spent in search of wheelie prevention.

The commission also announced that airbags in rider leathers will be mandatory for the 2018 season. The rule was implemented after the main manufacturers of airbags, Alpinestars and Dainese, agreed to license their technology to other manufacturers.

Read more about the changes here.

So you’re saying there is a chance for that shark to get in a “protective cage?” Noted.

The terrifying moment a great white shark breaks into a diver's cage off the coast of Mexico. pic.twitter.com/sDcYutDvJ4

By the way, no one was hurt!