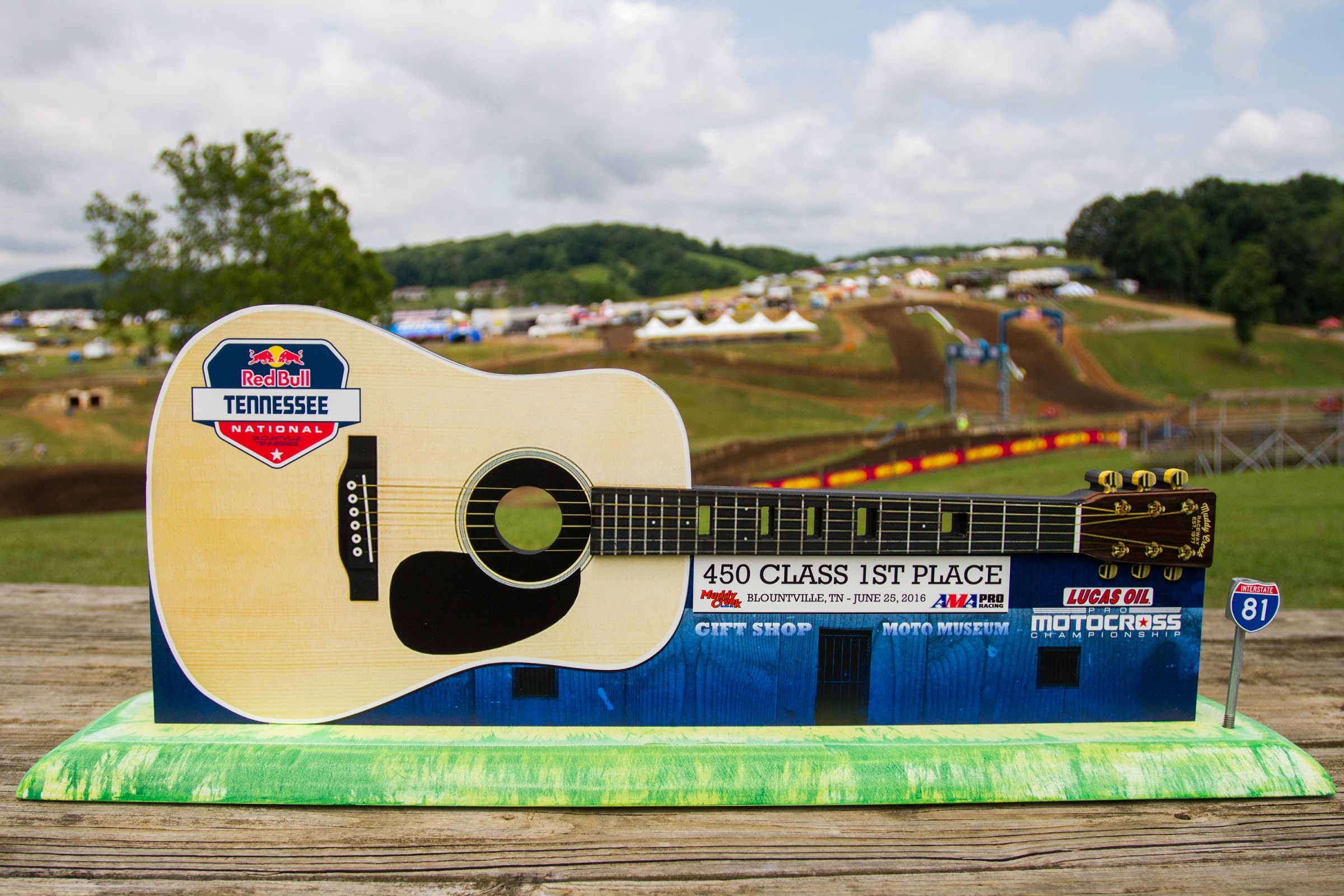 For the past few years Racer X Illustrated has held a trophy contest for the promoters of the 12 rounds of Lucas Oil Pro Motocross, with a simple premise: the national that gives out the coolest, most unique trophies gets a free full page ad in the magazine for their track, worth several thousand dollars. The hope was to get each event to up their trophy game, and the prizes the riders are given after the races have improved dramatically. Usually the best trophy is voted on by the magazine staff, but since this is an election year anyway, we thought we would let our readers decide their favorite trophy of the 2016 Lucas Oil Pro Motocross Championship.

So have a look at each trophy and cast your vote for your favorite trophy of 2016!

Which National had the best trophy?