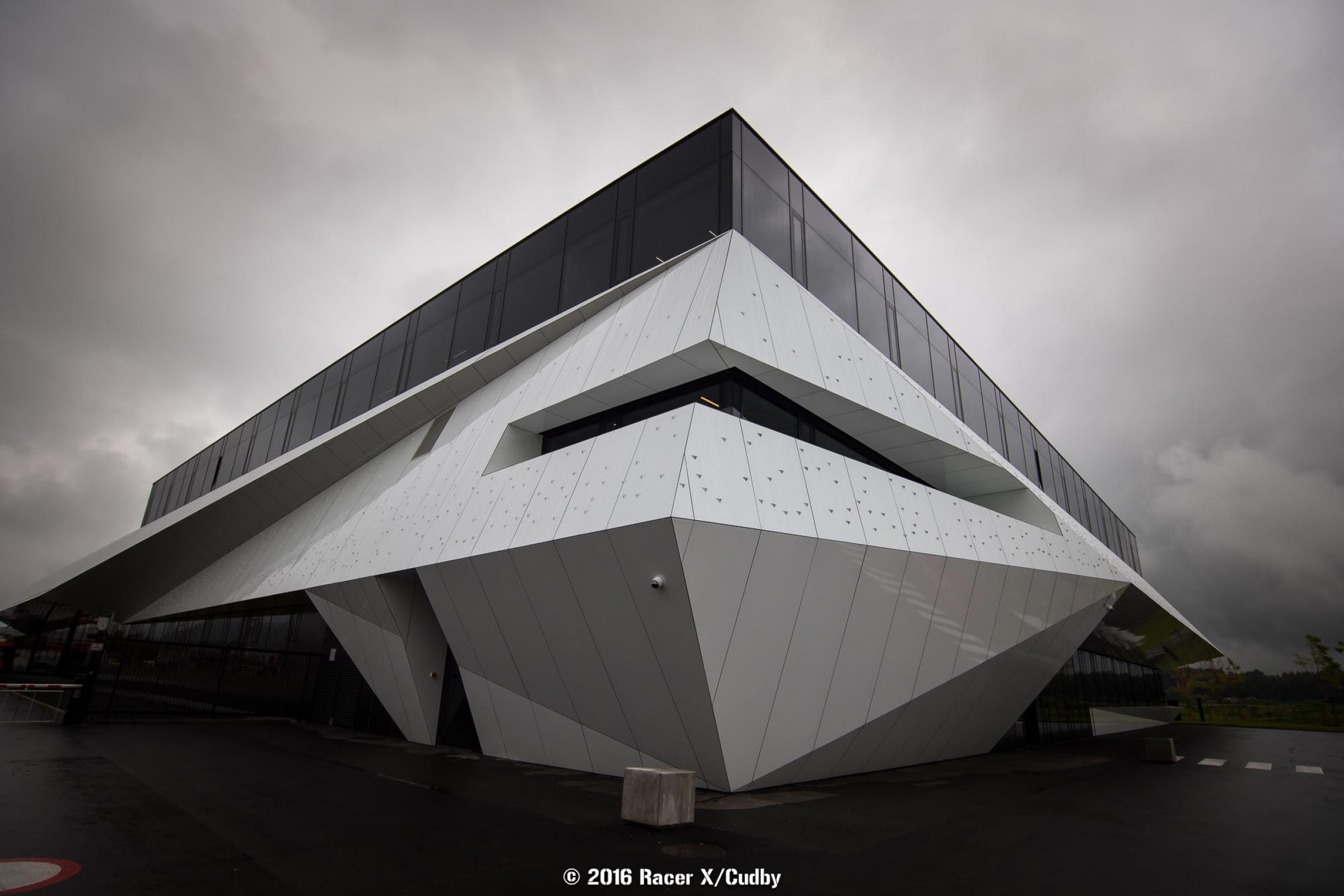 Our man Simon Cudby just completed a bucket-list level ride through the Alps on a KTM adventure bike—including a stop at the actual KTM production facility and headquarters in Munderfing and Mattighoffen, Austria. It was a good time to check out the facility, because a new building has just been added specifically for the racing teams.

"A new building was inevitable after the integration of Husqvarna three years ago, and the decision to go into the MotoGP class," said Pit Beirer, KTM's motorsport director, in an MXGP press release. "For this concept, it was a matter of great concern to us that the entire KTM Motorsport family could strive for further success under one roof. A special thanks to the team from Architekturbüro Hofbauer from Wels, [Austria], for the brilliant planning. With Stefan Pierer as a great thinker and leader of the KTM Group, and with the passion of our employees, we will be able to pursue further major goals together and celebrate our future successes.”

“In 1992 KTM Racing was still a single small workshop, and successfully tackled Rally and Motocross alongside the initial niche of Enduro under the strong leadership of Heinz Kinigadner," said Stefan Pierer, CEO of KTM Group. "Meanwhile, since Pit Beirer took over our motorsport in 2006, the team has grown to more than 300 employees worldwide and employs more than 60 factory riders. Ready to race and motor racing are a way of thinking that keeps the company fresh and drives our more than 3000 employees in Mattighofen and Munderfing every day. Five percent of our annual sales flow into our motorsport and makes KTM Europe’s biggest sport motorcycle manufacturer with the ambitious goal of being on the podium all over the world in the coming years.”

Here are Simon's photos and captions of both the production facility and the new race shop.