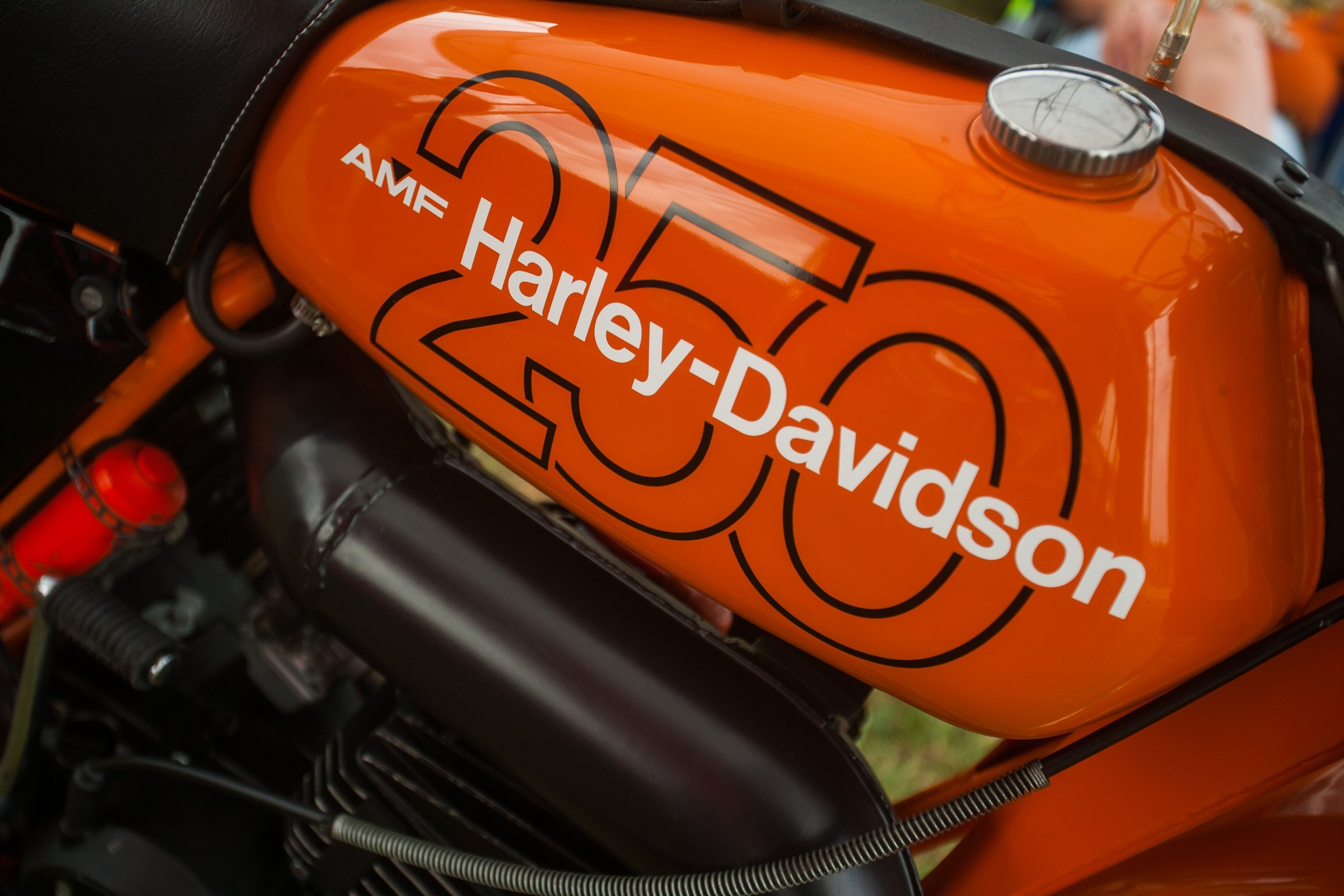 AMA Pro Flat Track is getting a makeover. AMA Pro Racing announced this week that AMA Pro Flat Track will be rebranded as the American Flat Track (AFT) series beginning in 2017. AMA Pro Racing also announced a restricted class system and event format. Starting in 2017, AFT will consist of the AFT Twins class (currently GNC1), the premier class featuring twin-cylinder motorcycles (650 - 999cc). The second class will be the AFT Singles class (currently GNC2), where up-and-coming riders will compete aboard 450cc single-cylinder motorcycles. Here is more about the event format changes from the announcement.

There are also changes to the event format which promise an action-packed program of racing. The traditional format will move to a tournament style format, where the fastest 48 riders from timed qualifying advance to the heats. From there, the race program will consist of four six-lap Heats with nine of the 12 riders transferring to one of the two Semis. What was traditionally a last chance effort to make the Main, the new Semi format is a knockout round where 18 riders duke it out for the nine spots that transfer them to the 18-rider Main. The Main events themselves see little changes, with the premiere AFT Twins class keeping its traditional 25-lap Main and the support AFT Singles class sees a slight increase from 12 to 15 laps.

You Need to Watch This Ending to the Flat Track Championship

Meanwhile, before you watch the ending to the 2016 AMA Pro Flat Track Championship, you need to understand the dynamics at play. Jared Mees (Harley-Davidson) and Bryan Smith (Kawasaki) used to be best friends—Smith was even in Mees’ wedding. They haven’t spoken much since 2015 after a tire doping scandal. I won’t get into the details about their relationship here, but if you want to read more, I wrote about it for ESPN in the lead up to X Games and Brett Smith covered it prior to the finale last weekend for Revzilla. They entered the finale with only two points separating them, with Smith seeking his first title and Mees his fourth. The advantage was expected to belong to Smith on the Santa Rosa mile circuit in Santa Rosa, CA. Entering the race, Smith had won 10 of the last 15 mile events on his “Mile Killer” Kawasaki. But Mees was there at the end, and the battle to the finish was epic. Check it out below.

This is now a couple weeks old, but whatever, it’s great. At the post-race press conference at Misano, current teammates Valentino Rossi and Jorge Lorenzo got into a disagreement over Rossi’s pass for the lead during the race. Lorenzo didn’t get far in his response, as Rossi started laughing. The two agreed to disagree before the press conference finally moved on, but Lorenzo still wasn’t happy when talking with Spanish media. From  motorsport.com.

“It’s about education. He always does the same, every Thursday, during the press conference. When other riders are talking, he speaks very loud.

“That was not him speaking, that was him interrupting me when it was my turn to speak.

“I wanted to answer the question that I was asked, to give my opinion. Suddenly, he started to laugh, as he usually does when speaking with other riders during the press conference.”

Check out the press conference below.

Tensions rose in the press conference over discussions about #VR46's early overtake on #JL99...#SanMarinoGP https://t.co/72BUPPFvjP

For their Braaap series release, Chocolate Skateboards drew some inspiration from the HBO show Vice Principals. Yeah, there's been quite a bit of motocross in that show, which is cool, and check out the 1992 KX-ish look on one of these boards.

Warning before you watch this clip: this is an HBO show. GRAPHIC LANGUAGE ALERT.

The 2016 Ryder Cup starts tomorrow. Think the Motocross of Nations of golf, only it pits the United States vs. all of Europe on one team. During a practice round, a heckler was egging on Team Europe’s Justin Rose and Henrik Stenson, saying they couldn’t make the putt, according to SB Nation. Rose challenged the guy to make the putt and even laid down a $100 smakers. Well, the heckler won this time!

Yeah, Team USA lost for a fifth straight time, which sucks, but let’s still enjoy what makes the Motocross of Nations the best event of the year. Armed with his GoPro, France’s Gautier Paulin captured some amazing footage of the podium celebration of the winning French team. This is amazing stuff!

I'm Down with This