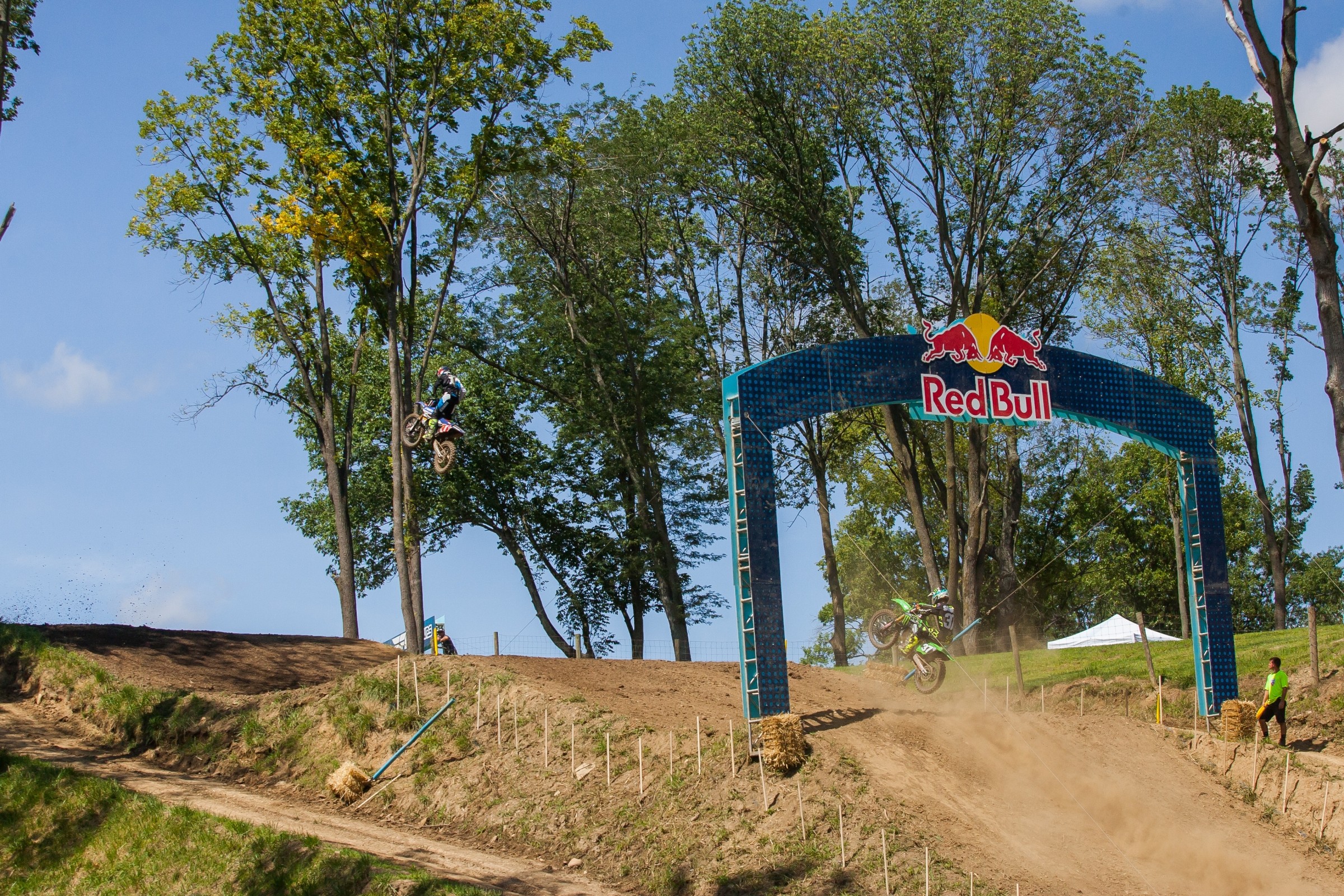 Crawfordsville, Indiana, is the home of the Ironman National. It is also the final round of the Lucas Oil Pro Motocross Championship and for most of the industry, a welcome sight. After four months of supercross racing, we have now gone through eleven rounds of motocross, culminating with this weekend’s finale. Ironman is in its third year of the series and has steadily improved every year. Last year’s race was a rutty affair with mid-week rains softening the dirt. This year looks to be the same as summer storms blew through on Wednesday night bringing heavy rains and even a tornado or two. If the rain holds off on Saturday, I look for the track to be a mirror image of 2015.

This Ironman course offers some of the biggest jumps of the season. Last year’s Godzilla jump was followed immediately by a big tabletop back down the hill and then a left turn led to a massive uphill triple. Those three leaps in succession kept riders on their toes and also presented a tough challenge when fatigue set in. The addition of mulch and wood chips also added a fluffy depth that some riders love and others loathe. One thing’s for sure, though, the ruts are undeniable. There were ruts in the turns, ruts on the jumps, and ruts all the way down the straightaways. They weren’t the hard-packed ruts that we would see out West but they still upped the ante for technique. Similar to Unadilla a few weeks ago, this track is one that forces riders to stand up on the pegs more than most. Look for Ken Roczen, Marvin Musquin, and the Euro-style riders to excel when conditions deteriorate.

Both titles have been wrapped up so it will be interesting to see whose heart is in this final round. Many riders are still vying for jobs in 2017 so they will want to make a final impression before entering the off-season. The rookies are still trying to make their way, as well, and this is a great opportunity to capitalize on some of the veterans looking towards time off. Coming into this final round with great focus and enthusiasm can lead to a better-than-normal result. I expect to see some of the younger guys make an impact this weekend, much like Aaron Plessinger did last year, nabbing his first overall win.

Ken Roczen must be hot because he went to last weekend’s press conference with no shirt on. Seriously, though, he has been crushing everyone all summer and I expect no different on Saturday. The pressure is off. He should be loose and fast.

Justin Barcia scored a second overall at Budds Creek. He may not have turned in a 2015 level performance but second place is second place, right? Never look a gift horse in the mouth. I never understood what that meant but I know what it means.

Zach Osborne won the first overall of his ten year career at the location of his first ever outdoor race. It had been a long time coming and I can’t imagine many people were bummed to see a Wacko win. It’s nice when good things happen to good people.

Alex Martin picked up another moto win and tied for the overall win, too. He is for real!

Cooper Webb came from the depths of broken wrist hell to win this outdoor title. He believed in himself when many didn’t. Impressive stuff, sir.

GEICO Honda had a rough weekend in Maryland, with two of their riders suffering mechanical DNF’s. After such a strong supercross season, this outdoor thing just hasn’t panned out.

Mitch Payton’s situation is puzzling to me. Mitch is known for demanding a lot from his riders so I wouldn’t expect them to be the ones suffering in the heat and harsh conditions. They have had a tough time dealing with the humidity so far, though. AC44 was good last weekend, so maybe that will be the breakthrough they need. There has to be some sort of viral reason for the struggles me thinks.

Jason Anderson makes his return in style, landing on the podium.