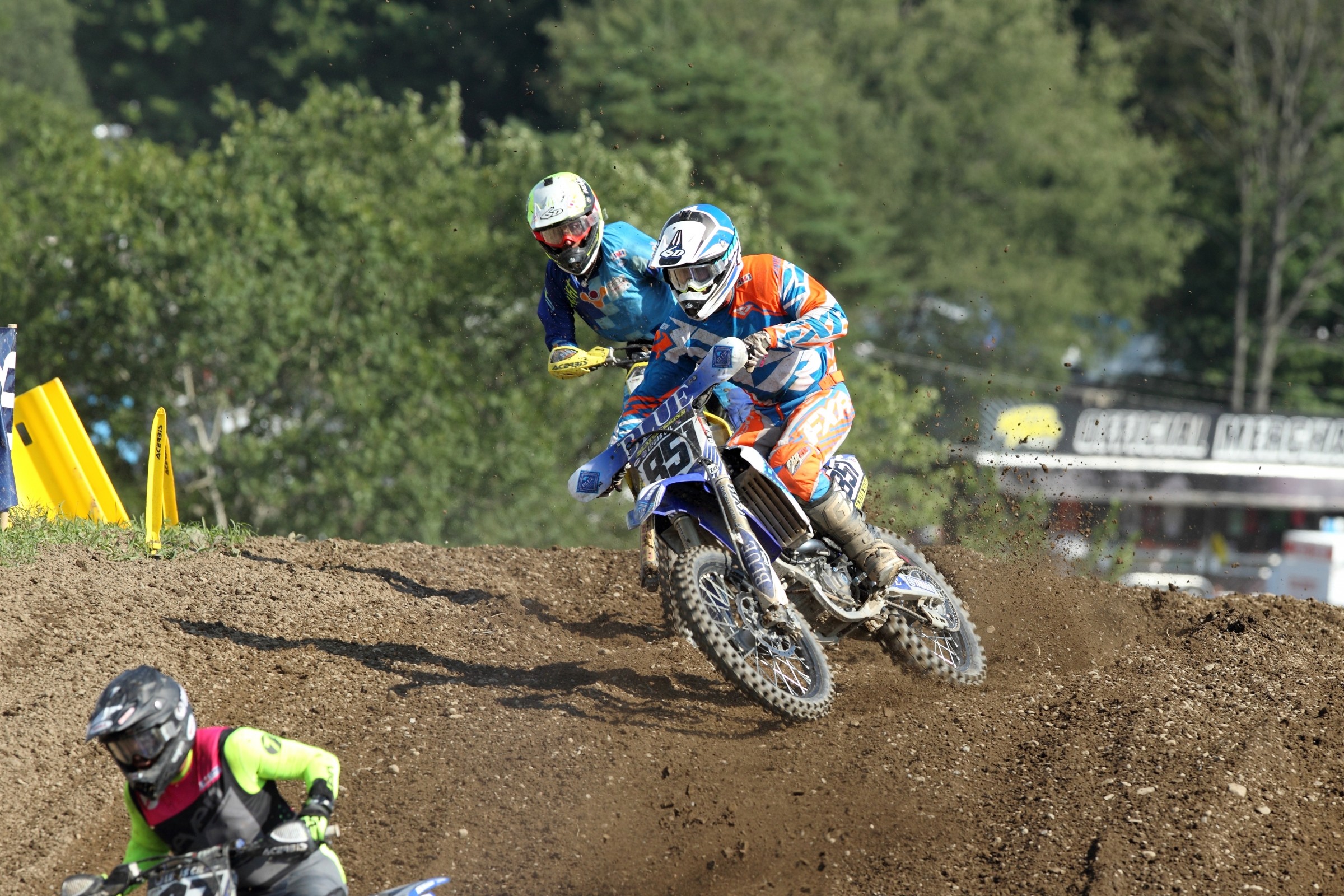 In 2013, Jerry Robin burst onto the amateur scene riding a 1985 CR250 while qualifying for that summer’s Loretta Lynn’s National. He was an instant moto-internet sensation by the time he was done wrapping up the Two Stroke B/C title at the Ranch that year.

After the dust settled on his summer voyage of two-stroke stardom, Robin was offered some help from GEICO Honda. He wasn’t on the team per se, but the team provided him with some parts and bikes. It was a great time to be Jerry Robin.

Then as quickly as he came onto the scene, he faded from the limelight. Robin wasn’t racing and he wasn’t around anymore. What happened to the rider who showed us that you don’t need the newest equipment to go fast?

“Basically I had some family issues,” Robin admitted to us this week. “It didn’t work out between Honda and I and in 2014 I just went down south by myself and stopped riding.”

Robin, 17 at the time, took a step back from racing and got a real job. He put on some riding schools and would ride his friend’s bikes to practice from time to time.

“It was basically a big learning curve that I had to go through from Loretta’s 2014 to about a month ago,” he said.

For 2016, Robin planned on making a comeback racing off-road in the Amsoil Grand National Cross Country Series. But in February, just a week before the GNCC opener, he crashed and broke his L5 vertebra, three ribs, and fractured his left arm. That injury set him way back and ended his GNCC ambitions before they even started. While working his way back, he even pondered quitting racing because of a chronic arm pump problem. Robin healed up in time to race his regional qualifier for Loretta’s, but immediately after went back into surgery to try and cure his arm pump.

“He said if you meet our expectations at Loretta’s that he would give me a ride for the last three rounds of the outdoors,” Robin said.

Had this phone call not occurred Robin said that he wouldn’t have even thought about doing the last three nationals. He had only been on a bike for eight days before Loretta’s and he didn’t put any expectations on himself. Yet, Robin dug deep and ended up winning the 250 All-Star A/B (14+) title. Just like that he was off to Unadilla to make his pro debut.

“I was kind of surprised because I was hurt all year,” Robin said. “It was weird that I got the job done. I’ve just been kind of winging it lately.”

The call up to the big leagues happened to come at the right time, and it didn’t really hit Robin until he was on first moto parade lap at Unadilla.

“I was like, ‘Man, now I have go do 30 minutes plus two laps with these guys,’” he said. “Basically you can’t put too much pressure on it. You just have to go out there, have fun, and ride a dirt bike like everyone else.”

The first two rounds have gone pretty well, considering everything he’s had to overcome this season. He’s had identical 34-19 moto finishes at each round .

“A lot of people are impressed, which is weird because I’m not doing good at all in my eyes,” Robin says.

In the first moto at Budds Creek, Robin said he made a pass for twelfth but suddenly wasn’t breathing properly. The fact that he was running the pace and passing fast riders made him stop concentrating on the race, which worked up a condition he has in the process.

“I had a bad asthma attack,” Robin said. “I started riding really bad and I tried to ride through it, but it just fried my lungs out.”

Robin made the decision to pull off the track and regroup for the second moto. When it came time to race again Robin felt really sick, but gutted out the race to finish with some points.

Robin has been dealing with asthma since he was young. He’s had to figure out how to cope with it while racing. He explained to us that his asthma was worse when he was a lot younger. As a child, he was hospitalized twice for it and might have even died from it had he not been treated.

Robin is used to dealing with roadblocks in life. Things are coming at him pretty quickly now. He’s another fast Minnesotan in the pro ranks trying to make a name for himself. At the beginning of the month he didn’t realize that he would be finishing August off by racing the premier class in the Lucas Oil Pro Motocross Championship, but he isn’t taking this opportunity for granted. With the support from Slater Skins and Blue Buffalo, Robin is enjoying his time and having fun riding a dirt bike again. It’s been a crazy up and down run over the last few years, but this last part of 2016 has given him a renewed life in racing.

“I just love these guys, they help me out so much,” Robin said of his team. “I love it and I’m having a great time. I just need to do my thing now.”