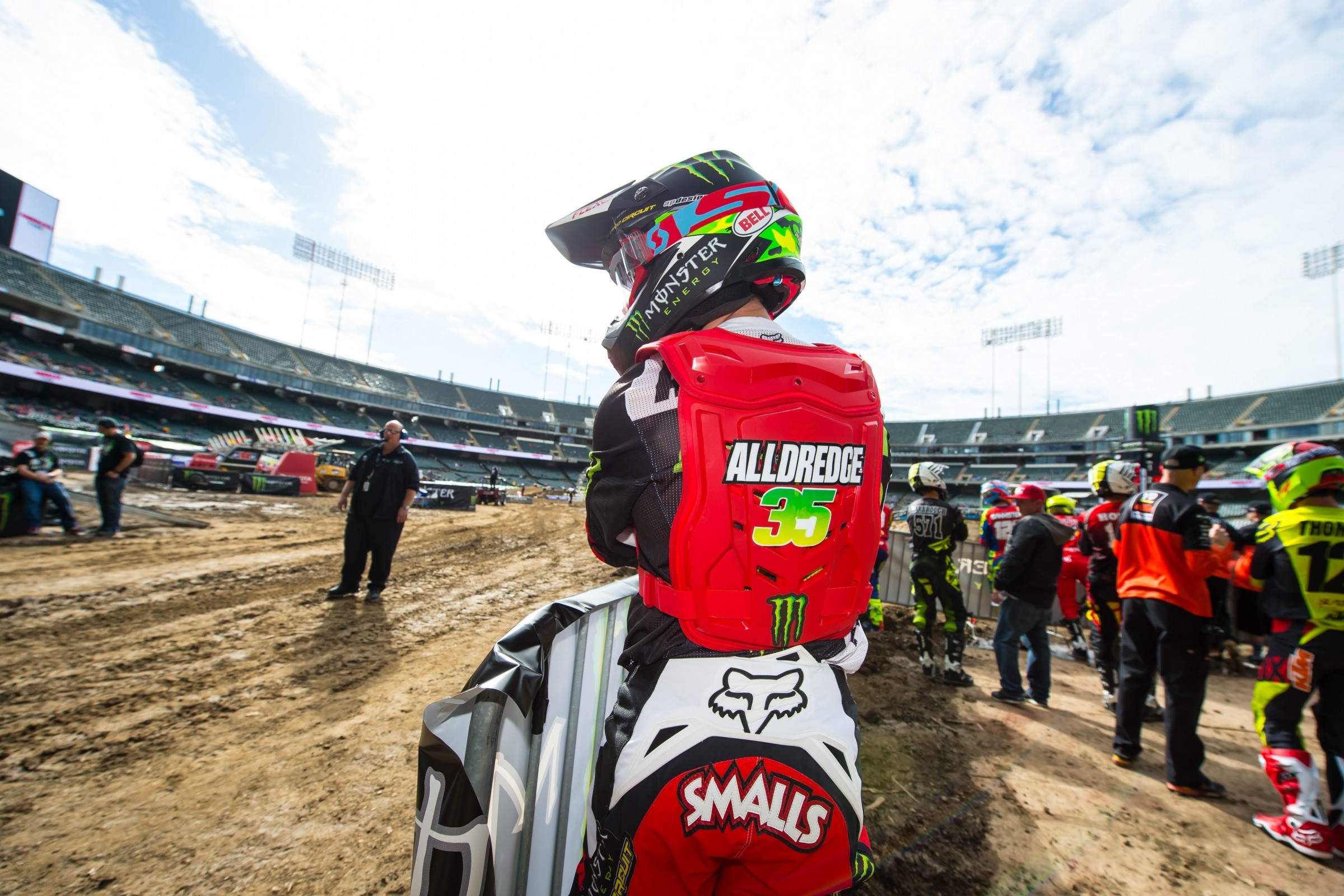 Jason Anderson – Collarbone
Comment: Anderson, who was recently named to Team USA for this year’s MXoN, will be back at Ironman next weekend after breaking his collarbone earlier in the year.

Blake Baggett – Shoulder
Comment: Baggett is out for the season after reinjuring his collarbone during practice at Southwick.

Justin Bogle – Neck
Comment: Bogle hasn’t raced since crashing in the second moto at Southwick. Before Unadilla he announced on Instagram a neck injury will keep him out for the remainder of the season.

Josh Grant – Ankle
Comment: Grant is out for the season after having surgery on both ankles.

Wil Hahn – Collarbone, Labrum, and Scapula
Comment: Hahn is back on the bike and is heading to Australia to compete in the 2016 Australian Supercross Championship later this year.

Tommy Hahn – Ankle
Comment: Hahn is out for the season with an ankle injury originally suffered in Monster Energy Supercross.

Ben LaMay - Torn MCL
Comment: LaMay is out for the season after tearing his MCL in practice at Washougal. Austin Howell will serve as his fill-in at the Blue Buffalo/Slater Skins Yamaha team.

Christophe Pourcel – Neck
Comment: Pourcel fractured his C6 Vertebrae at Washougal and is out for the season.

Cole Seely – Finger
Comment: Seely had a plate and four screws inserted in his pinky finger after breaking it while practicing. He’s out for the season.

Jesse Wentland – Collarbone
Comment: Wentland will miss the rest of Lucas Oil Pro Motocross after breaking his collarbone while practicing.

Zach Bell – Collarbone and Infection
Comment: Bell had two surgeries to fix a broken collarbone and subsequent infection. He’s out for all of Lucas Oil Pro Motocross. Or, this is all an elaborate ruse to allow Bell to anonymously compete for Ukraine in the Rio Olympics?

Christian Craig – Leg
Comment: Craig broke his tibia and fibula at Glen Helen and his out for the rest of Lucas Oil Pro Motocross.

Alex Frye – Knee
Comment: Frye tore his ACL, had surgery, and will miss the rest of Lucas Oil Pro Motocross.

Michael Leib – Foot/Ankle
Comment: Mid-season during supercross, Leib discovered he’d broken his talus and navicular in January. Leib had surgery and is working on recovering.

Jeremy Martin – Ribs
Comment: Martin’s shot at a title defense ended when he fractured two ribs in a pileup during the second moto at Washougal. He’s out for the season.

Shane McElrath – Concussion, Shoulder, Lungs, and Ribs
Comment: McElrath suffered a grade 3 AC separation in his shoulder, bruised lungs and seven broken ribs at Southwick. He’s out for the season, and has apparently been passing the time by honing his ping pong skills for the 2020 Olympics.

Jessy Nelson – Back
Comment: Nelson crashed hard at Unadilla and fractured his T4 and T5 vertebra. Earlier this week he still had no feeling or movement in his legs but was starting to regain sensation in his chest and ribs. Nelson underwent successful surgery on Wednesday, and doctors told the family that “there was no further damage and the surgery went well and according to plan.” It is still too early to confidently stay the extent of Jessy’s injuries. If you’re able, contribute to the Road 2 Recovery fund that has been set up for Nelson.

Colt Nichols - Knee
Comment: Nichols will miss the rest of the season after having surgery on a meniscus injured at Washougal.

Chase Sexton – Knee
Comment: Just days after receiving the AMA Horizon Award, Sexton suffered an avulsion fracture (when the ligament pulls off a piece of bone) in his knee. He was slated to make his pro debut at Unadilla but will wait until Monster Energy Supercross in 2017.

Coty Schock – Broken Vertebra, Wrist
Comment: The privateer went down hard in the first moto at Unadilla; the race was red flagged as a result. Schock underwent successful surgery earlier this week to repair a broken L1 vertebrae. Doctors were able to repair the broken L1 vertebrae with two rods and a plate. He also sustained a broken wrist, but it will not require surgery. Road 2 Recovery has set up a fundraising campaign to help with expenses.