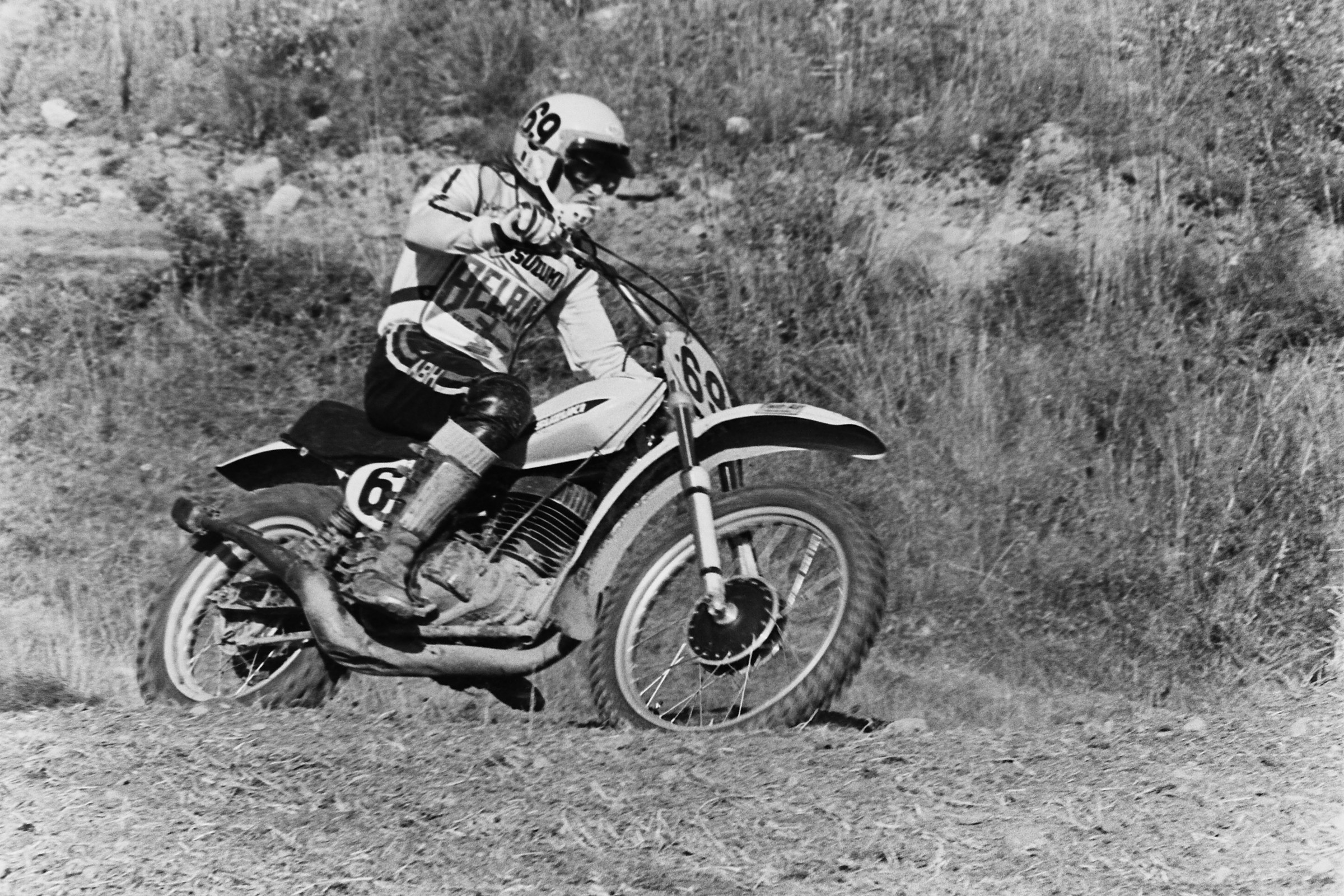 Forty-two years ago, Unadilla held a Trans-AMA rather than a National. For this week’s List, we thought we would show you what Unadilla was like in 1974, through the lens of Dick Miller….

In the fall of 1974 “Bad” Brad Lackey was coming off his second season abroad. His quest for FIM World Motocross Championships likely cost him multiple AMA titles, as he was the best American rider of the era, but he raced abroad in search of a title he would not acquire until 1982, after a ten-year crusade.

So much soul here. The late Adolf Weil (8) takes the lead from the outside on his coffin-tank Maico with Roger DeCoster (69) and Pierre Karsmakers (1) in early pursuit. This is the second turn at ‘Dilla, and it’s still there, just like this!

Racing for Husqvarna, Heikki Mikkola of Finland took the FIM 500cc World Championship in 1974 away from the reigning King of Global MX, Suzuki’s Roger DeCoster. But “The Man” would avenge himself in the ’74 Trans-AMA Series, and then beat Heikki straight up in 1975 to get his crown back.

The Swedish rider Thorlief Hansen on his works Kawasaki.

Check out the boundaries of the track: No Tuff Blocks, no hay bales, no worries! Things were simpler then.

The “Rhinestone Cowboy” himself, Ken Howerton, was actually a 250cc support class rider in 1974, and he won at Unadilla. He would soon become the last Husqvarna rider to win an AMA National MX Championship in 1976.

We all know how fast Bob Hannah, Rick Johnson, Broc Glover and Ricky Carmichael and others have gone, but no one held the global appeal or charisma that Roger DeCoster did in the seventies. He’s the best ambassador moto ever had. Still.

The darling of American motocross in 1974 was the young San Diego surfer-turned-rider Marty Smith, on his #522 Honda.

Montesa rider and soon-to-be Hollywood stuntman Peter Lamppu had some trouble that day at Unadilla 42 years ago.

Gerrit Wolsink drops into Gravity Cavity, which is still there after all these years.

The little brother of the of Jim Pomeroy, Ron Pomeroy, navigates the corner after Gravity Cavity.

Libson, Ohio native and the still very fast and cool Gary Semics works his Husqvarna around what was then called Unadilla Valley Sports Center.

One year away from his wildly successful time with Suzuki, Tony DiStefano was still trying to make it work in 1974 with his CZ.

Kent Howerton rarely gets the credit deserved as the game-changing, clutch-fingering progressive has was.

Marty Smith, all of 17 years old, works the Unadilla track.

This is what “Rocket” Rex Staten’s works Honda looked like during official weigh-in.

The kind of attention DeCoster merited in 1974 was obvious and well earned.

Likely the most famous American at the time, “First American” Jim Pomeroy comes out of Gravity Cavity on his Bultaco Pursang.

The Flying Dentist, Gerrit Wolsink, was DeCoster’s Suzuki teammate for many years.

State-of-the-art back then, the Canada-built Can-Am.

The reigning Trans-AMA Champ in 1974 was the charismatic Maico veteran Adolf Weil.

Roger DeCoster won five straight Trans-AMA titles. When he quit coming in 1979, the series faded and eventually ended in 1982.

Adolf Weil could have been brothers with the actor Paul Newman!

"The Jammer" chats to "The Flying Dentist" about the track.

A lifetime motocross man, Bryar Holcomb was a Maico factory rider in 1974.

The seventies were full of crazy ideas on how to make dirt bikes run faster and smoother.

Hans Maisch does a litter self-surgery on his blisters and callouses.

Just style for miles and charisma to burn, Adolf Weil of Germany.

Bad Brad and the Jammer, back when rivals used to hang together.

"The Man" was the man because of his style and tenacity. He would win the Unadilla Trans-AMA five times.

Check out ‘Dilla back in the day…

Adolf Weil shows what style they rode with 42 years ago…

Sonny DeFeo on a CZ and the team that help him win the first-ever 250 National back in 1972 at Road Atlanta.

Tough call, but we’re guessing this is John Savitski on his ’74 ‘Taco.

"The Man" in control coming out of Gravity Cavity is his handmade Bates leathers.

“Captain Cobalt” was a big deal back then. He hailed from Connecticut, and had a lot of fans in New York.

Look closely, and you might not recognize anyone, because we didn’t!

The Jammer’s day ended badly, but he did get a little help from some friends.

The German heir to Maico itself, Hans Maisch navigates the old signaling area at Unadilla.

Still a baller after all these years, the ageless Barry Higgins.

Two of the fastest men to never win a world title, Ake Jonsson and Gerrit Wolsink.

"The Man" gets the big board.

So, so much cooler back then!

DeCoster drops down into another American motocross icon, Screw-U at Unadilla.

"Captain Cobalt" Jimmy Ellis gets hung up on Screw-U.

The old Unadilla start had a big dip in the middle.

Put DeCoster in a time machine, set to forty years younger, and he would be giving today’s riders fits!

The "Dutch Dentist", Gerrit Wolsink, uses some body English on his works Suzuki.