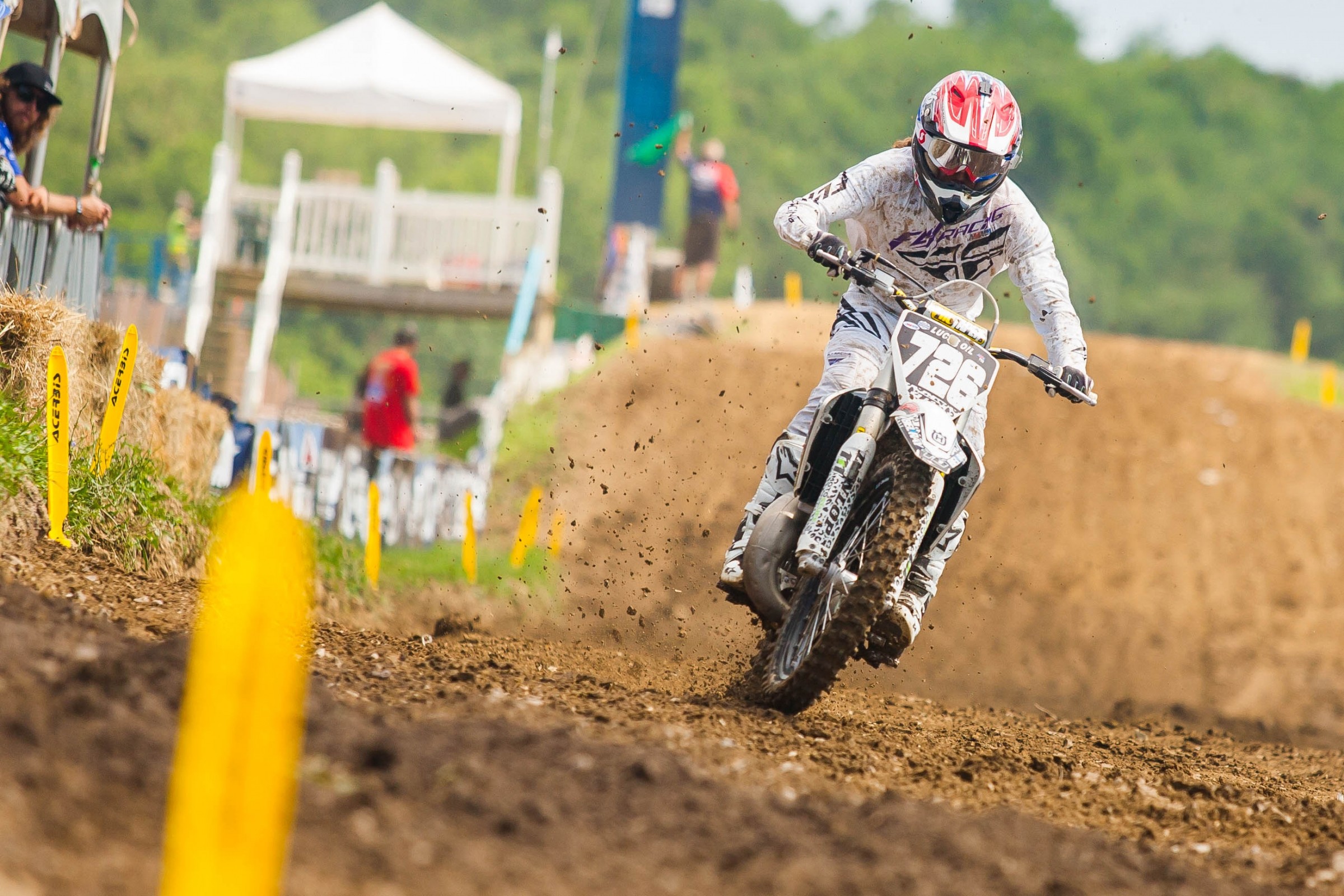 MotoSport Hillsboro Husqvarna’s Gared Steinke accomplished something this past weekend at High Point that hadn’t been done for eleven years. “Stank Dawg” finished twentieth in the first moto in the 250 class on his Husqvarna 125 two-stroke, thereby garnering himself one point. It was the first point by anyone on a 125 since Yamaha of Troy’s Brett Metcalfe in 2005.

“I didn’t have a great starting technique on the two-stroke, I was holding it wide open and just dumping the clutch,” said Steinke on the Pulpmx Show Monday night. “I figured out the starts for High Point and it helped me, coming around in 25th instead of 40th was a huge help.”

We know that riding a two-stroke versus four-strokes isn’t going to work out for most riders (outside of James Stewart in 2005); Gared knows this as well. But he’s out there week after week with his mechanic Eric (who he told us on the Pulpmx Show makes $460 a week. That’s specifically $460. Not $450. $460! Got it?) driving to the races. He also told us that he's spending all the money he makes in the AMSOIL Arenacross series (where he rides a 250F) to follow Lucas Oil Pro Motocross. That’s certainly admirable, and fans love themselves some Stank, but up until now he could only count on the love of the two-stroke diehards for credit. Now he’s got one point to his name and maybe some more coming up.

The first three rounds were not ideal tracks to be down on power. Hangtown is flat out fast, Glen Helen has enormous hills and Thunder Valley features power-robbing elevation. Steinke thinks that the track this past weekend was a help to his two-stankin quest.

“It’s a perfect 125 track here at High Point. The bike’s running great, my mechanic Eric, he’s got her tuned up real good,” he told us after the race. “They [four-strokes] don’t pull me too hard. It’s not too deep of a track. The ruts actually flow really good, and it’s a good rough. It’s not rough where you can’t ride it. It’s rough where it’s basically a man’s track rough, and it just takes good skill and good bike control to ride it.

“Glen Helen and Colorado [Thunder Valley], those were all new tracks to me. I’ve never raced them before. I started last year here at High Point, it’s my second time here,” he continued. “Being on the track helps a lot with just getting the lines down. A lot of the lines are what I was taking last year. I had a sweet line around the outside in the second corner; I probably passed a majority of riders by going outside. They’d go inside, I’d carry my speed right around the outside.”

We’ll leave it to all you people in the comments below to drone on and on about the cc rule in supercross and motocross being ridiculous and how it needs to be changed. Most of you won’t understand that out of the six manufactures that spend millions a year on supporting our sport, three do not sell two-strokes anymore and only two are pouring any real money into R&D on them (and those two companies are KTM and Husqvarna, which means it’s really just one company). Making an equal cc to cc rule would change the outcome of racing and might make the factories consider pulling out of racing. If you don’t believe that, look at the state of U.S. road racing if you want proof. But whatever, we’ve gone too far down that path. This stuff is neither here nor there when it comes to Stank Dawg.

You see, Stank Dawg doesn’t care! He can’t do anything about the rules and can’t change them with his rides. What he can do is look at his name in the results and see that one point beside it, smile and just enjoy the love of the fans cheering on the underdog machine.

“Every weekend at least fifty people come by to show support and love and it. It’s cool,” he says. “I’d like to think I could finish higher with a four-stroke but the goal is to show everyone that you don’t need the best equipment to have fun. I guarantee you I’m having more fun than anyone but the guy that wins.”

We’d have to agree with that. Good job, Stank Dawg.