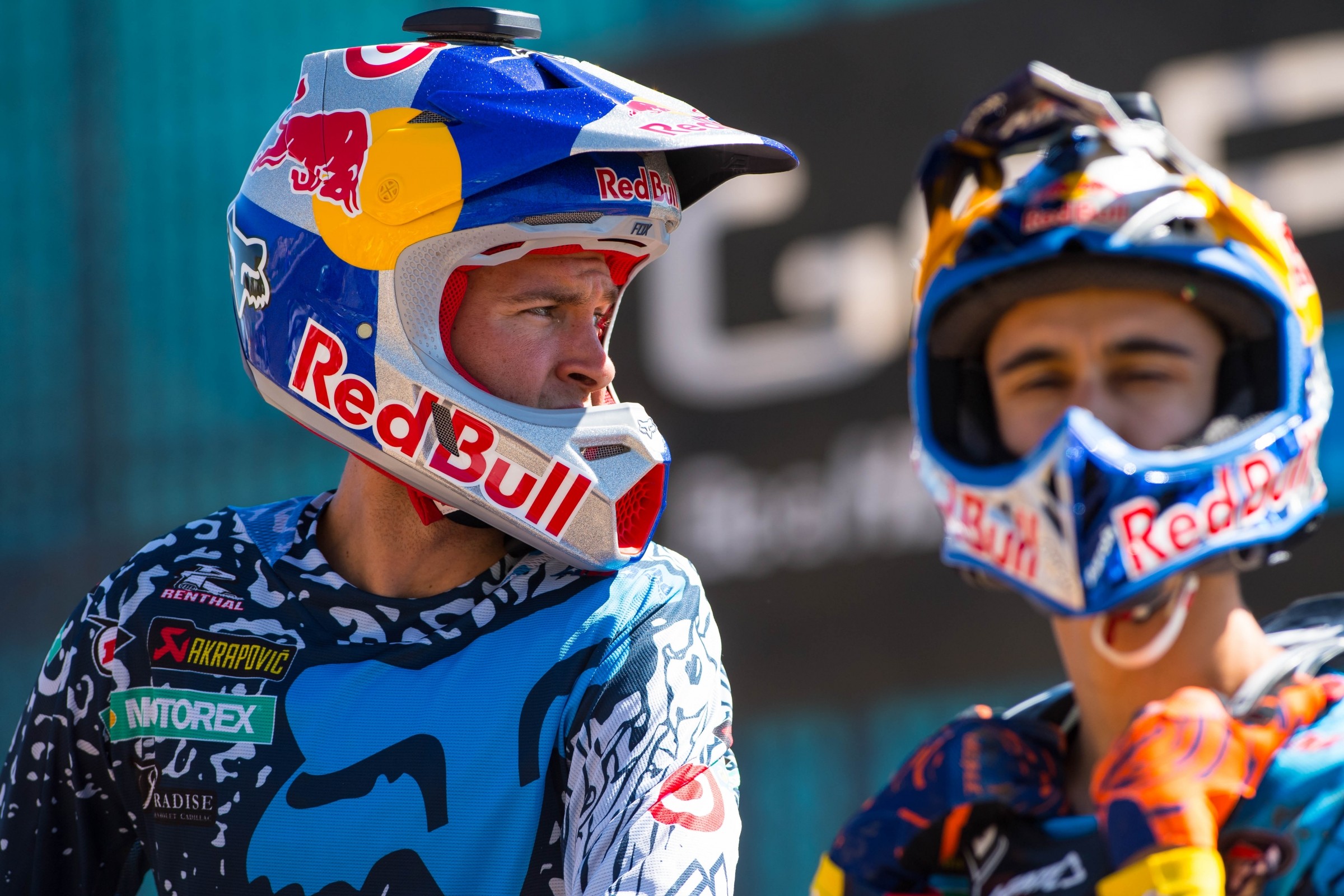 Blake Baggett – Collarbone
Comment: Baggett crashed during the second moto at Hangtown and broke his collarbone. He still finished the moto and even raced the first moto at Glen Helen. He missed Thunder Valley however and is out for High Point.

Trey Canard – Back
Comment: Canard crashed while practicing at his track in Oklahoma and now has a bulging disc. He’ll miss High Point and will be evaluated weekly to determine when he can return to racing.

Ryan Dungey – Neck
Comment: Dungey crashed during the second moto at Thunder Valley and cracked a vertebrae. It’s unlikely he’ll be back before the end of the season.

Adam Enticknap – Femur
Comment: Enticknap broke his femur early in the year. He’s back on the bike and says he feels great, and hopes to be back for Washougal.

Tommy Hahn – Ankle
Comment: Hahn injured his ankle during supercross and recently reinjured it. He’ll miss High Point and Cole Martinez will fill in for him.

Weston Peick – Concussion
Comment: Peick crashed in the first moto last week at Glen Helen and couldn't pass the concussion test to race moto two. He missed Thunder Valley but will be back for High Point.

James Stewart – Shoulder
Comment: Stewart crashed during the first moto at Hangtown and popped his shoulder out of joint. He rode practice at Glen Helen but didn’t feel good enough to race. He sat Thunder Valley out and is out for High Point.

Dean Wilson – Knee
Comment: Wilson is back on the bike after tearing his ACL and meniscus during supercross. He hopes to line up roughly halfway through the Nationals.

Chris Alldredge – Pelvis
Comment: Alldredge fractured his pelvis in Las Vegas. He is expected to return before the end of Lucas Oil Pro Motocross.

Gannon Audette – Concussion
Comment: Audette missed Glen Helen after a big crash at Hangtown. He missed Thunder Valley but will be back for High Point.

Zach Bell – Collarbone and Infection
Comment: Bell’s recovery was set way back when he contracted a bacterial infection and was forced to undergo a second surgery. He announced on Instagram the infection is completely gone, but his bone is only 50 percent healed. He’s out for all of Lucas Oil Pro Motocross. If you’d like to help Bell financially, please go here.

Tristan Charboneau – Collarbone
Comment: Charboneau broke his collarbone at Glen Helen. He had surgery and hopes to be back for Muddy Creek.

Christian Craig – Leg
Comment: Craig got together with Jordon Smith at Glen Helen and broke is tibia and fibula. He underwent surgery and hopes to be able to race the last couple Nationals if he’s 100 percent.

Alex Frye – Knee
Comment: Frye had surgery this week after tearing his ACL and will miss the rest of Lucas Oil Pro Motocross.

Justin Hill – Back
Comment: Hill injured his back and will miss High Point. He’ll start riding next week, but an exact return date is not set.

Michael Leib – Foot/Ankle
Comment: In midseason supercross Leib discovered he’d broken his talus and navicular in January. He’ll undergo surgery to have the bones fused in the hopes of making it back for the last few Nationals with Canvas MX.