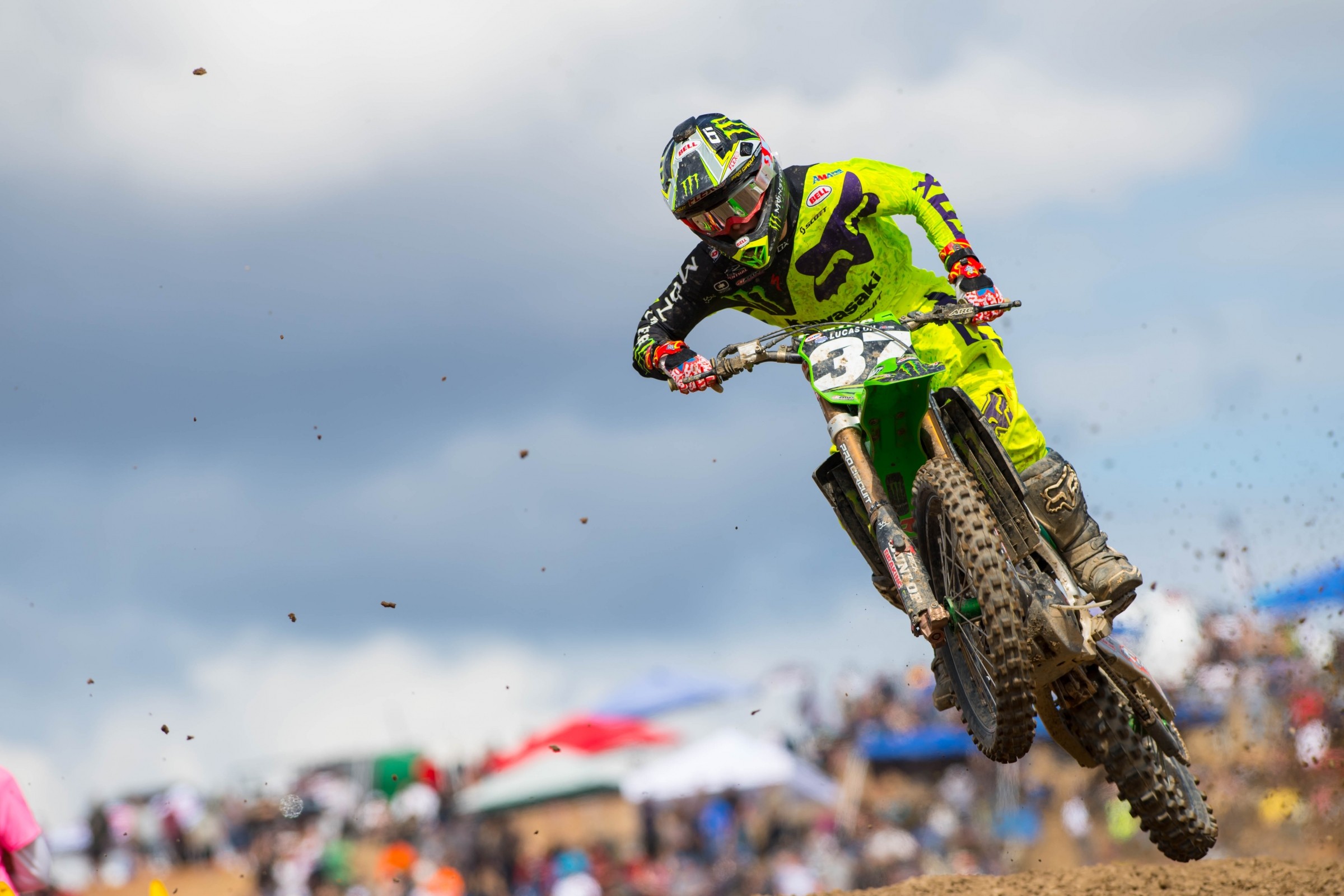 3 on 3 Questions After Hangtown

Jason Thomas: Eli Tomac was the biggest surprise. I really expected him to come out and win the opener. He looked to be on par for that after topping both qualifying sessions. When the gates dropped, though, it was just not to be. He never had the pace of Roczen or Dungey and even though he climbed forward, it was nothing like 2015. Seeing Baggett pass him late in the first moto was the big eye opener for me. He didn't have much fight left for Baggett and just when I expected him to retaliate furiously, he seemed deflated. Weird day for the 3.

Steve Matthes: I'm going to try and be different from what JT says. For me the biggest surprise in the 450 class was Cole Seely. The Honda rider, never known as an outdoor warrior, ran third for most of the first moto before getting sucked up by the Tomac/Baggett train. In the second moto he came from a ways back to get tenth. Watching him he definitely looked to be fast and in shape in that second moto. Seely's never completed a full 450MX season and is looking to change that. He is a California kid so let's wait and see what he can do back east but so far, so good for Cole-Slaw.

David Pingree: There really wasn’t a surprise in the 450 class for me, and maybe that is the surprise. Roczen continued to ride with the intensity and aggression he found the last month of supercross, Dungey was consistent, Tomac was just a little off and Anderson was bringing up the back of the lead group. Honestly, its like things picked up right where they left off in Vegas. Having said that, I think Dungey will continue to get better, as will Tomac, and these races will see more of a fight up front.

Thomas: The easy answer here is Joey Savatgy but I am going to pick the Martin brothers. Everyone expected Jeremy Martin to be up front and win at least a moto. He is the two-time champ and isn't facing his toughest competition from last year with the departure of Marvin Musquin. He never really showed the dominance of years past and afterwards I heard he was sick. Maybe that's the case and we see a different JMart at Glen Helen but that wasn't who I was expecting in Rancho Cordova. Alex Martin, other side of this coin, was absolutely brilliant in that second moto and for a while, looked ready to run off with the win. He chased Savatgy down late in the race but seemed to either run out of steam or Savatgy matched the pace. In either case, AMart was the best we have seen him in a long, long time.

Matthes: AMart's the easy answer but as I said, let's switch it up from JT’s picks. Eliminating the Ewok Warrior from the mix, I'd have to go with his teammate Cooper Webb. Webb's barely ridden in the last month, his wrist has got to be painful, he should be on a beach somewhere this summer since he's got a 450 ride locked up but yet he's out there getting on the box and looking pretty damn good. Webb's been telling everyone that he really wants this outdoor title before he moves up but plenty of riders say plenty of things to the media and fans they don't really mean. Apparently Webb really meant that he wants to win. Props to Webb for his ride.

Ping: Each moto brought a new surprise in this class. I was really impressed with Jordon Smith in the opening moto as he latched onto Savatgy and rode really well. When you see a ride like that it makes you wonder if it was a breakout moto and if they are going to keep firing all summer long. Unfortunately, he got taken out in the second moto and it killed his chances at a good overall. The second moto was all Alex Martin. The older of the two Martin brothers dropped the hammer and moved his way to the front like a guy capable of winning this championship. It’s way too early to make any kind of predictions like that but I was really impressed with what I saw in that moto. He had a so-so first moto, however, leaving him way back in the points.

3. How much should we read into what happened at the opener?

Thomas: I don't like to draw heavy conclusions from the opener but there are certainly glimpses of what to expect. Dungey has never won Hangtown and looking back on a season like 2010, no one would have seen the dominant summer coming if they only analyzed his 10-6 scores from Hangtown. The California tracks are different than the East Coast and many riders are still working out the bugs from a long supercross season. Jeremy Martin will bounce back and both Ryan Dungey and Eli Tomac will have something to say about Ken Roczen's runaway Hangtown performance. So, I cautiously judge the Hangtown results. They definitely matter and will resonate throughout this whole week but when the gate drops Saturday, Hangtown is only a distant memory.

Matthes: You can't really read too much into it—unless you want to. Look at Jeremy Martin's surprise run a couple of years ago where our wigs were blown back. JMart, it turned out, was for real and we got an early glimpse at it. So Savatgy could also emerge here as "the guy." The odds say the series starts at High Point where the temperatures rise, the rains come, the ruts get formed and bikes work differently. So don't read too much into it unless you want to read a bunch into it. Make sense?

Ping: The opening round, like A1, is just a snapshot of that part of the series. In supercross, riders have had months to prepare and get bikes and fitness just right— motocross is the exact opposite. Coming straight out of the stadiums riders are scrambling to get suspension and chassis packages figured out, all while moving to more of an endurance training regimen. After spending half of the year operating at or near their max heart rates for twenty minutes, riders must transition to forty minutes at a slightly lower heart rate. Then you factor in heat and humidity and all of the other elements that the nationals bring and some riders adapt more quickly than others. There are a lot of moving parts this time of year so don’t read too much into it. Also, there are twenty-two motos left to run so a lot of things can change. I say after three or four races we’ll have a better feel for where the series’ are headed.