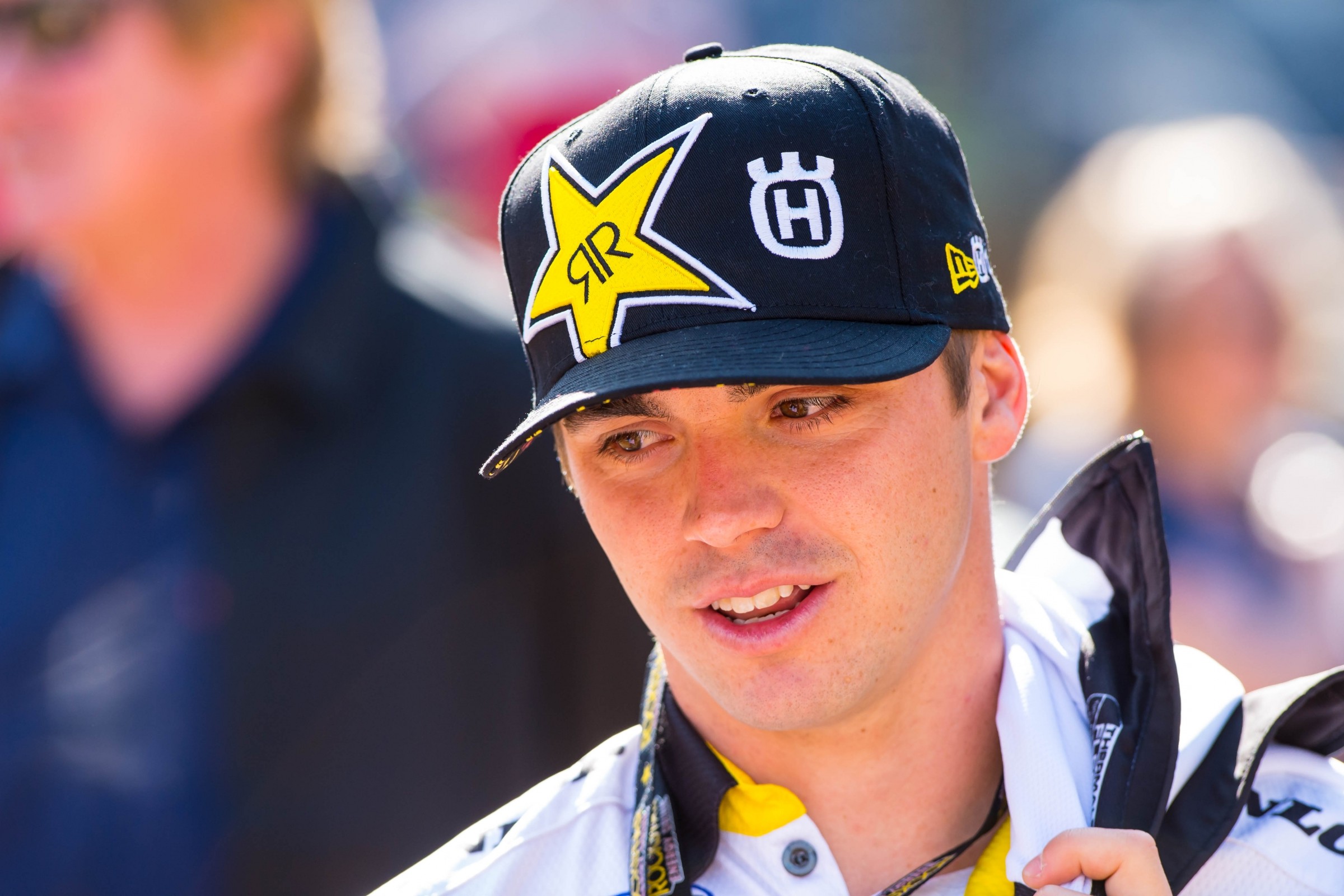 In case you aren’t familiar with the Dave Coombs East/West Shootout, it’s a 250SX race that’s been held since 1997 at the finale which pits the best racers from 250SX East against their counterparts out West. In the past it’s always been for bragging rights, but this year it’s a points-paying affair. Both Malcolm Stewart and Cooper Webb lead their respective regions comfortably, but you never know what might happen if they get caught up battling each other for overall 250SX supremacy. –Aaron Hansel

We mentioned Webb’s points lead in the entry above, but let’s take a closer look at exactly what needs to happen for him to wrap up his second 250SX title. With a sixteen-point lead over Joey Savatgy, Webb can finish twelfth and still win the championship no matter what happens. Christian Craig is still in it too, but at twenty-three points out of first, he basically needs Webb to DNF and gain eight points on Savatgy. No matter how you look at it, things are looking awfully good for Webb in Vegas. –Hansel

Just like 250SX West, there are three racers still in title contention in the East: Malcolm Stewart, Aaron Plessinger, and Jeremy Martin. Of course, with a fourteen-point lead over Plessinger, Stewart holds a strong advantage. If Plessinger wins the shootout, Stewart still wins the championship with tenth or better. If Martin somehow manages to win and put nineteen points (or gains twenty points without winning) on Stewart, he’ll still need to put five points on Plessinger. If he can do that, he’d win the title in his last 250SX race. Expect Stewart to leave Vegas a champion. –Hansel

Talking about 250SX West racers Colt Nichols and Zach Osborne here, who both have 132 points. It’s been a fantastic year for Nichols—the sophomore’s worst finish this season was eighth place—and a bit of an up-and-down year for Osborne, who experienced both crashes and bad luck. But no matter how you look at it, they’re both in the same position, but not for long. We’ll see who edges who for fourth in Sam Boyd Stadium. –Hansel

The Monster Energy Supercross finale in Las Vegas is the last chance for riders to improve their overall standing, and while we have a pretty good idea where most of the top nine will end up, there’s a big battle shaping up to see who can nab that final spot in the top ten. Weston Peick holds tenth now with 125 points, but Justin Bogle and Mike Alessi are right behind him with 120 points apiece. And just one point behind those two is Jake Weimer! Four guys all going for the same spot, separated by just six points! Who knew the battle for tenth could be so exciting? –Hansel