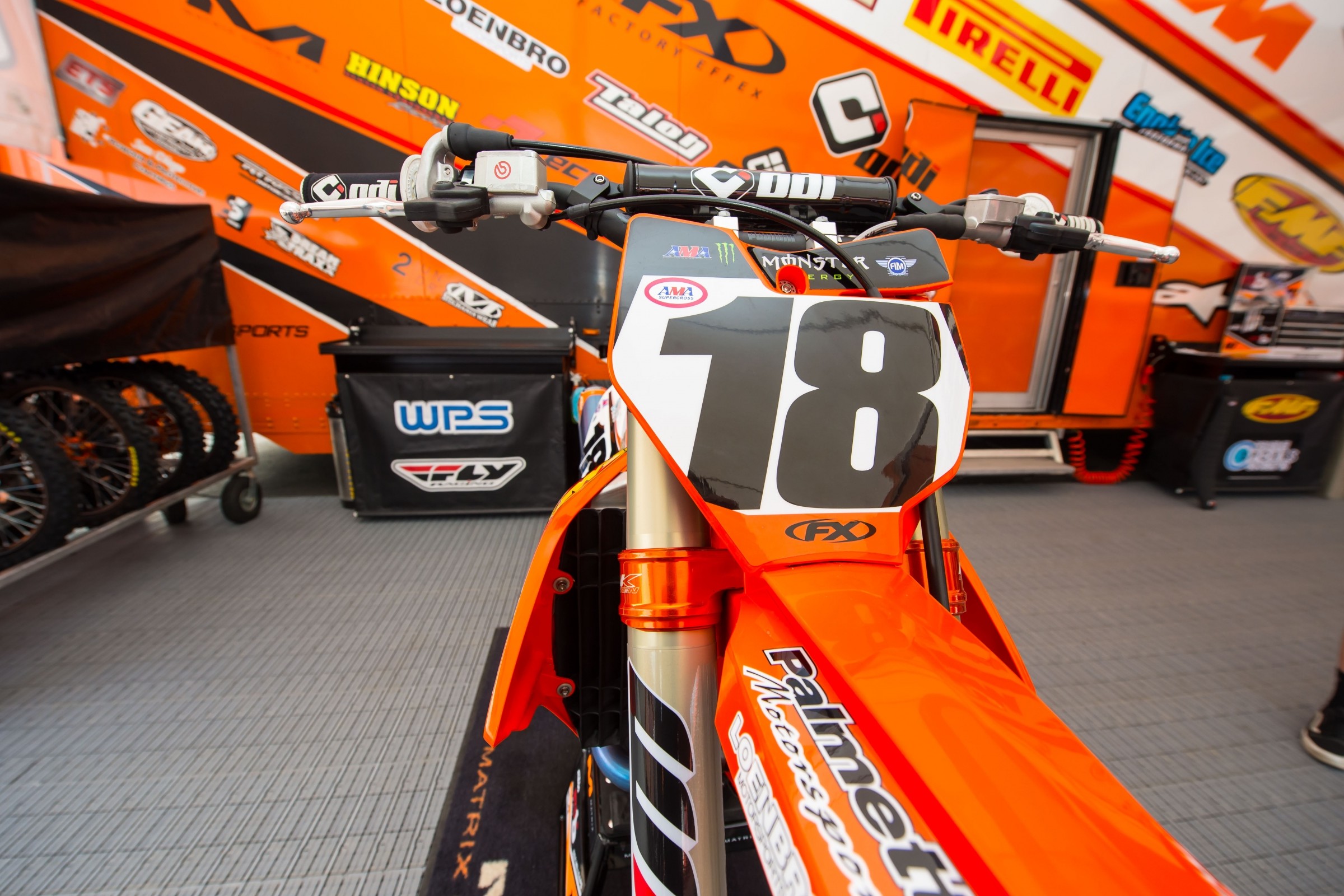 Kyle Chisholm – Shoulder, Concussion, and Humerus
Comment: Chisholm dislocated his shoulder, broken his humerus, and suffered a concussion in San Diego. His elbow is healed, and Chisholm is focusing on being ready for Lucas Oil Pro Motocross.

Adam Enticknap – Femur
Comment: Enticknap broke his femur early in the year and will miss Las Vegas. He’s currently a month out from getting back on the bike.

Tommy Hahn – Foot
Comment: A grade-three medial sprain in Hahn’s right foot sustained in Toronto will put him on the sidelines in Vegas.

James Stewart – Ankle, Back
Comment: Stewart jarred his back in St. Louis and later crashed when he and Weston Peick got together in a heat race that same night. The decision was made to pull the plug on supercross and concentrate on being ready for Lucas Oil Pro Motocross.

Tevin Tapia – Wrist
Comment: Tapia cased a jump and broke his scaphoid in the preseason. He’s back on the bike, and is getting ready for Lucas Oil Pro Motocross.

Daniel Baker – Ankle
Comment: Baker tore some ligaments in San Diego and is out for this weekend.

Zach Bell – Collarbone and Infection
Comment: Bell contracted a bacterial infection after having surgery to repair a broken collarbone suffered in Oakland. The infection required a second surgery, and Bell said on Twitter recently he’s only about 40 percent healed. If you’d like to help Bell financially, go here.

Kyle Cunningham – Wrist
Comment: Cunningham fractured the radius in his right wrist in Toronto. He’ll be back racing in Las Vegas.

Justin Hill – Concussion
Comment: Hill crashed during practice in Detroit and hit his head. He’ll be back in action for Lucas Oil Pro Motocross.

Hayden Mellross – Back
Comment: Mellross is still recovering from this crash in Santa Clara and will miss Vegas. He’s also dealing with a hairline fracture in his L3 Vertebra, an ongoing injury that occurred before the season.

Comment: Nelson crashed hard before San Diego 1 and was taken to the hospital. He suffered a small crack on the wings of a vertebrae. He’s back on the bike and will be ready to race Lucas Oil Pro Motocross.

Cole Thompson – Out
Comment: Racer X Online received notification from the team earlier this week that Thompson will not be racing this weekend.

Jesse Wentland – Hand, Finger
Comment: Wentland sustained a deep cut on his hand and a broken middle finger in Indianapolis. He had a plate and six screws put into his middle finger in order to heal up as quickly as possible. His doctor released him to start riding yesterday and he expects to be ready for Hangtown.