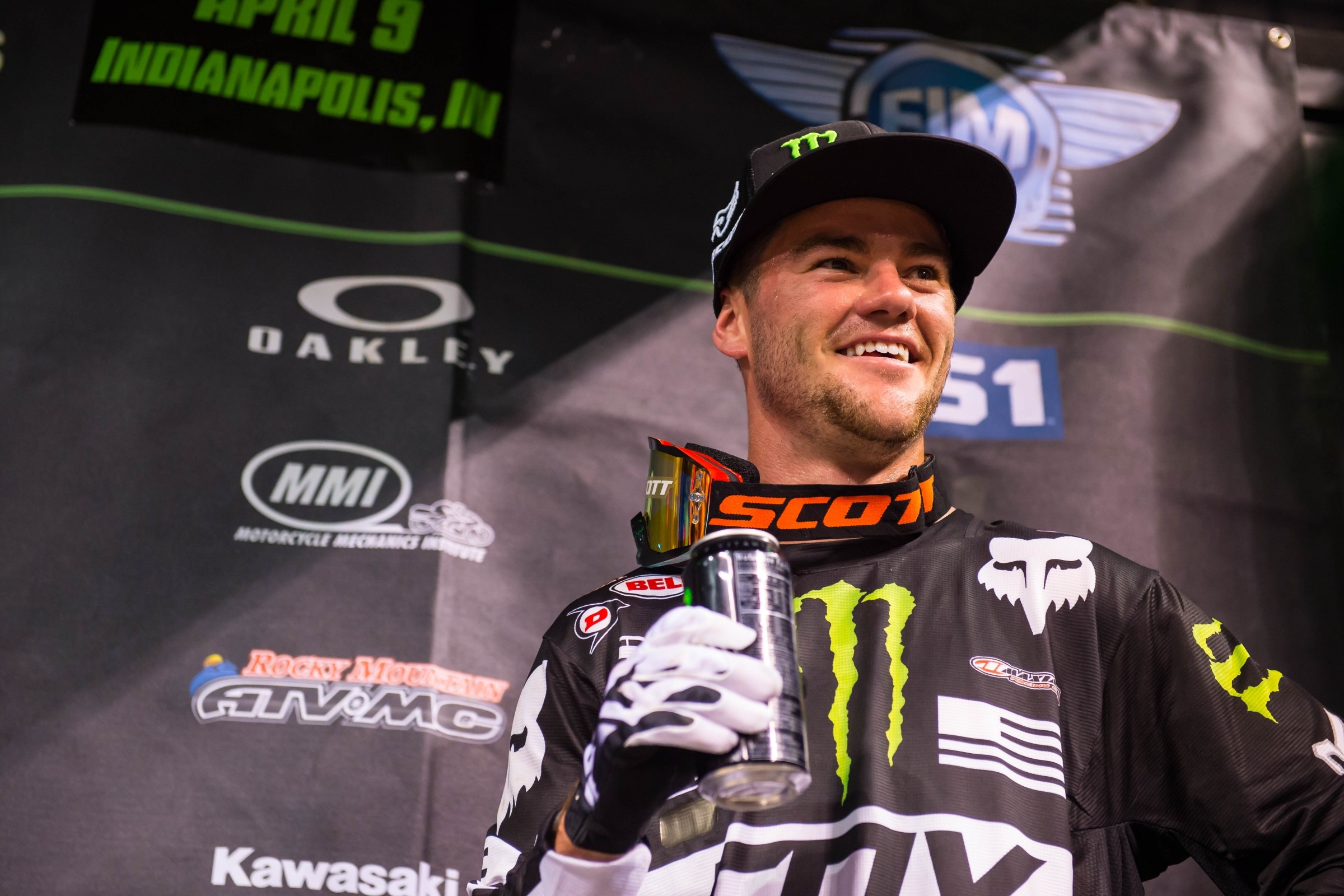 Gannon Audette’s career has been full of peaks and valleys. After winning two titles at the Loretta Lynn’s Amateur National Championship (2009 450 B Mod and 2010 450 A/Pro Sport) the soft spoken kid from Minnesota turned pro with Star Racing in 2011. He didn’t light the world on fire, but he was consistent, finishing thirteenth in the 250SX West Region with three top tens. It would be three years until Audette found the top ten in supercross again.

If you look at the Racer X Vault, you’ll notice a hole in Audette’s supercross career. After parting ways with Star Racing following the 2011 season, Audette endured an arduous road to get back to the top. Audette’s season would end in practice in consecutive seasons at the 250SX East Region opener in Dallas. A broken wrist in 2012 was followed by a fractured pelvis and clavicle in 2013. He returned in 2014 with backing from the Legends and Heroes group, which is primarily a pit display for fans to check out, and not a race team. They did, however, haul Gannon’s bike from race to race. Finally last year he scored his first top ten since that 2011 season, with an eighth at the season finale in Las Vegas. Legends and Heroes agreed to haul his bike around this season, and he scored two top tens in four rounds before being signed by Mitch Payton and Monster Energy/Pro Circuit Kawasaki for the remainder of supercross—filling the spot of the injured Arnaud Tonus.

In Audette’s very first race with the team, Payton got a reward, as Audette rode to his first career podium in Indianapolis last Saturday. We caught up with an obviously happy Audette in the pits after the race.

Racer X: Quite the debut.
Gannon Audette: It was an awesome race. I ended up getting the holeshot in the main and just tried to ride 15 consistent laps. The track was very technical and demanding out there. I just wanted to put together smooth laps. I ended up going back a little bit and then I started charging again about midway. I was right behind Martin [Davalos] and he ended up making a mistake and crashing and that put me in a podium position. I just tried to ride smooth and safe from there. To come out on the podium just feels awesome.

How long did you have on the bike before this week?
I had about a week and a half on the bike. I flew out last Wednesday. Just can’t thank the whole Monster Energy/Pro Circuit Kawasaki guys enough. They’ve done a lot for me and to give me this opportunity is just amazing. To put it on the podium for them is a really good feeling.

The way your career has had peaks and valleys: it started with Star, two years of injuries, coming back as a privateer—this is kind of your chance again. There had to be some pressure coming into this weekend and the rest of the series?
Yeah, you put pressure on yourself. Mitch [Payton, team owner] and everybody, they never put any pressure on me. I knew it was a good opportunity for me and for them to give it to me is just awesome. Just coming into this weekend I knew what I wanted to do but I didn’t want to have any expectations. To land on the podium is just awesome.

How gratifying is it? All this stuff you’ve been through, you could have given up a long time ago if you wanted to.
Yeah, there’s been years you’re thinking about it. You’re on the injury list and you’re sitting there thinking… It’s tough. To overcome that and to start having a decent year and then get picked up by the Pro Circuit guys for the rest of the supercross and then come onto the podium, it’s just really gratifying and it’s an amazing feeling. I don’t think it’s quite set in yet but it feels awesome.

People won’t be able to see this, but the smile on your face right now I think says it all. I don’t think you’ve stopped smiling the whole time.
Yeah, it just feels awesome. From everyone, from the Legends and Heroes and Kissimmee Motorsports, to get me to where I am today, it’s just an awesome feeling. They’re all really happy for me. It’s just awesome to put a smile on people’s faces.

I know it’s early but has there been talks about maybe outdoors if you hit a certain goal?
Honestly, no. It’s just kind of a supercross only deal right now. Just trying to do the best I can with it and to prove to people that I can be on a factory team and deserve to be on a factory team. That’s the goal. But it just feels awesome tonight.