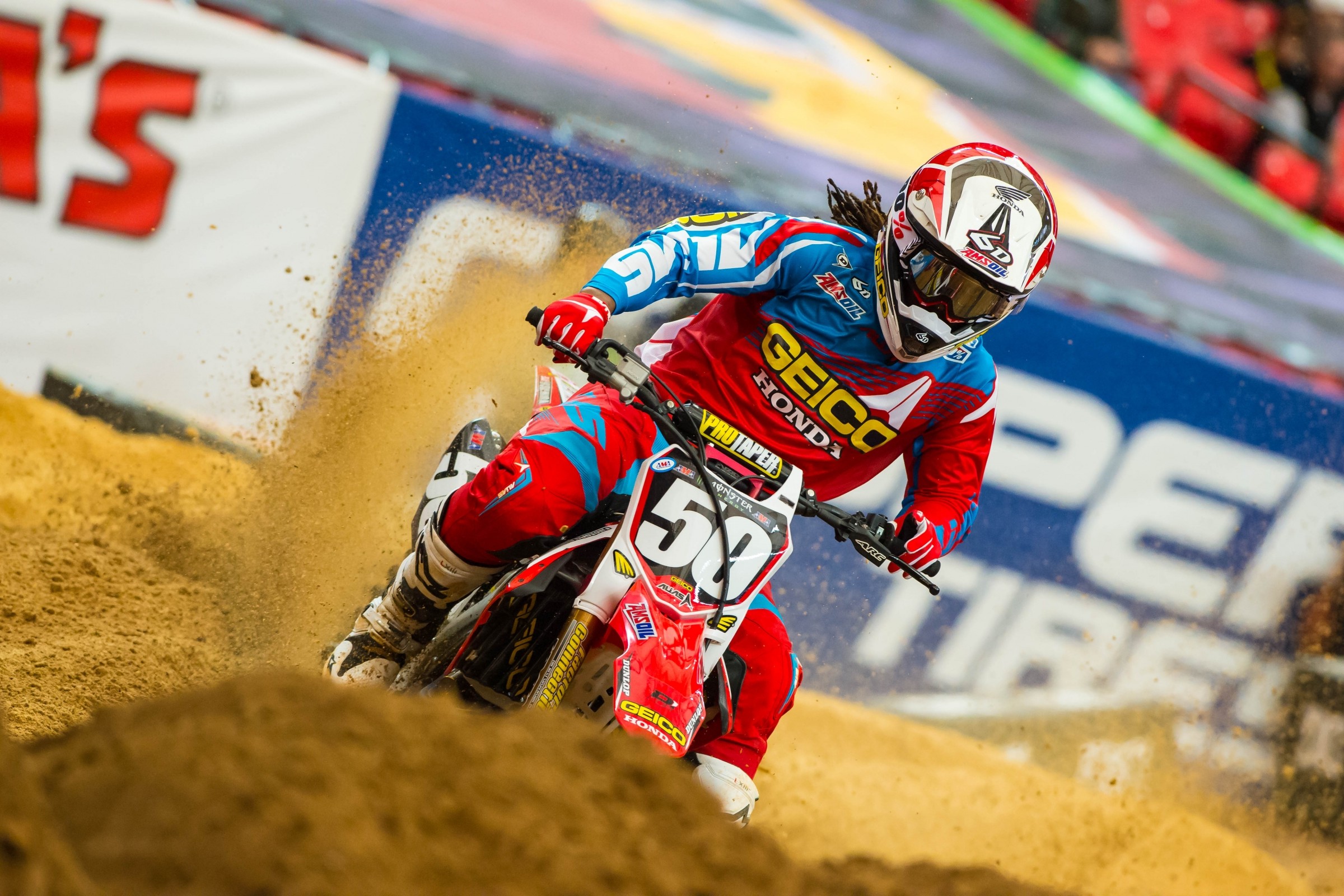 3 on 3 Questions for Indy

1. First it was Davalos. Then JMart. Then Hill. Then Mookie. Where are we even at with 250SX East Region?

Jason Weigandt: I picked JMart when the season began and I’m sticking with it. Yes, Mookie is very dangerous now that he’s got a win, which has to be a huge confidence boost. Plus he’s been more consistent than ever before. But, I still think JMart’s championship experience will come in really handy in a tight battle like this—he knows how to will himself into making it happen. There’s going to be more chaos and I think he might be best at picking up the pieces, even if his old supercross rep was marred by panic at the disco. He’ll have less panic this time and that’s going to matter because the wackiness in 250SX East is far from over.

David Pingree: I thought Plessinger was going to come out firing and it didn’t happen. Hill was the next guy I pegged to get it done and now he seems to be done himself. Mookie is the guy with momentum at the moment but it doesn’t seem like anybody wants to win this title. Despite the cheesy post-race dancing I think this title is Malcolm’s if he can stay out of big trouble. He’s been fast, determined and just plain good this whole series.

Jason Thomas: Along with Weege, I picked JMart to win this title back before Atlanta. I thought his experience would pull him through and more than anything, I just felt it was his time. Mookie has the momentum going into this weekend and has surely been riding high since his Detroit win. Including Las Vegas, we have five rounds of East Coast racing to sort this championship out and I think we are still in for a wild ride. I predict we will have at least three different winners in the last five rounds, making the points picture very murky. I see this going down to the wire and a different situation emerging every Saturday night.

2. Trey Canard is as fast as ever but his start slump has now reached two seasons. He was never known as a bad starter before this! Ever seen anything quite like it?

Weigandt: This is so far beyond help right now. I’m sure the Honda gang and Trey have theorized and tried every single remedy ever. But the more they try the worse it gets. I’m sure they’ve also tried not trying, and not practicing starts at all. None of it works in the main events. Clearly this one is mental and I don’t know when it’s going to stop. As for past examples, I can think of riders getting into strange funks, like Kevin Windham always locking up while leading races, or Damon Bradshaw just basically losing “it” altogether. But I can’t think of a rider specifically losing his starts like this.

Ping: It seems ridiculous to say starts are mental but they are. Every rider on the gate is doing practice starts all week long at home so it comes down to who can execute on Saturday night. Somehow, the guys who consistently do are the guys who believe they are good starters. Once a rider’s confidence is rattled, however, it can be tough to get it back. Trey had some good starts last summer but indoors has been another story. Trey is an amazing rider and a genuine Christian man of faith… right now he just needs to believe he can get to the first turn first.

Thomas: Well, I think it's a bit more complicated than saying "his starts are just terrible." It's very hit and miss when you start looking at each individual start. His heat race starts have been fairly decent lately. He won his heat race in both Toronto and Detroit, beating the best riders in the class each time. I think above all else, he is so worried about his main event start that he overthinks it. He is more aware of the main event starting issue than anyone else—trust me on that. No one dwells on a weakness more than the rider himself. Each time they line up for the main event, I guarantee he is stressing about blowing it again. Although easier said than done, he has to relax and let it happen naturally. He has all of the tools to be at the front every time; he just needs to allow himself to do it. Sometimes trying too hard can be more of a problem than a solution.

3. Ryan Dungey pretty much has this iced. Do you think some 450 riders are officially entering outdoor mode?

Weigandt: Eli Tomac and Monster Energy Kawasaki have got to be putting their eggs into that basket now. Not like Eli doesn’t want to win in supercross, but I think they’ve just chalked it up to a lost season and won’t lose sleep over it anymore. It’s gone from open wound to annoying scab at this point—still stings but not nearly as traumatic. Lots of pressure on him for outdoors, though. The entire world will be judging Eli on those first motos at Hangtown. It’s probably not fair to compare it to last year because that was all-time amazing, but that’s what’s going to happen anyway. Even if he’s just a podium guy and doesn’t win immediately, it’s going to be hard to block out the noise.

Ping: I think with the exception of Ken Roczen everybody is shifting their focus to the nationals. And Ken needs, like, multiple DNF’s from Dungey to get back in this thing so he might want to start riding some long motos during the week too. Ryan has this thing on ice and the last handful of rounds are a formality unless Dungey gets hurt, which has never been an issue for Ryan. Who’s ready for Hangtown?

Thomas: I think there are a lot riders in that transition. Those that are completely out of this championship, like Eli Tomac and Justin Barcia, would definitely be more concerned with Hangtown than they would Indianapolis. That's not to say they won't be trying to do well each Saturday but when they are daydreaming during their workouts, I bet Hangtown in the motivator at this point. Ken Roczen, however, surely can't be giving up on this title yet and is in the hunt for race wins each and every week. There are still five rounds left for the top few in the points and that means anything can still happen. So, to answer the question: it depends on which rider we are talking about. Riders who have had a rough supercross season will be looking to flip the script once we move outside but it's still too early for those with, albeit dwindling, supercross championship hopes.