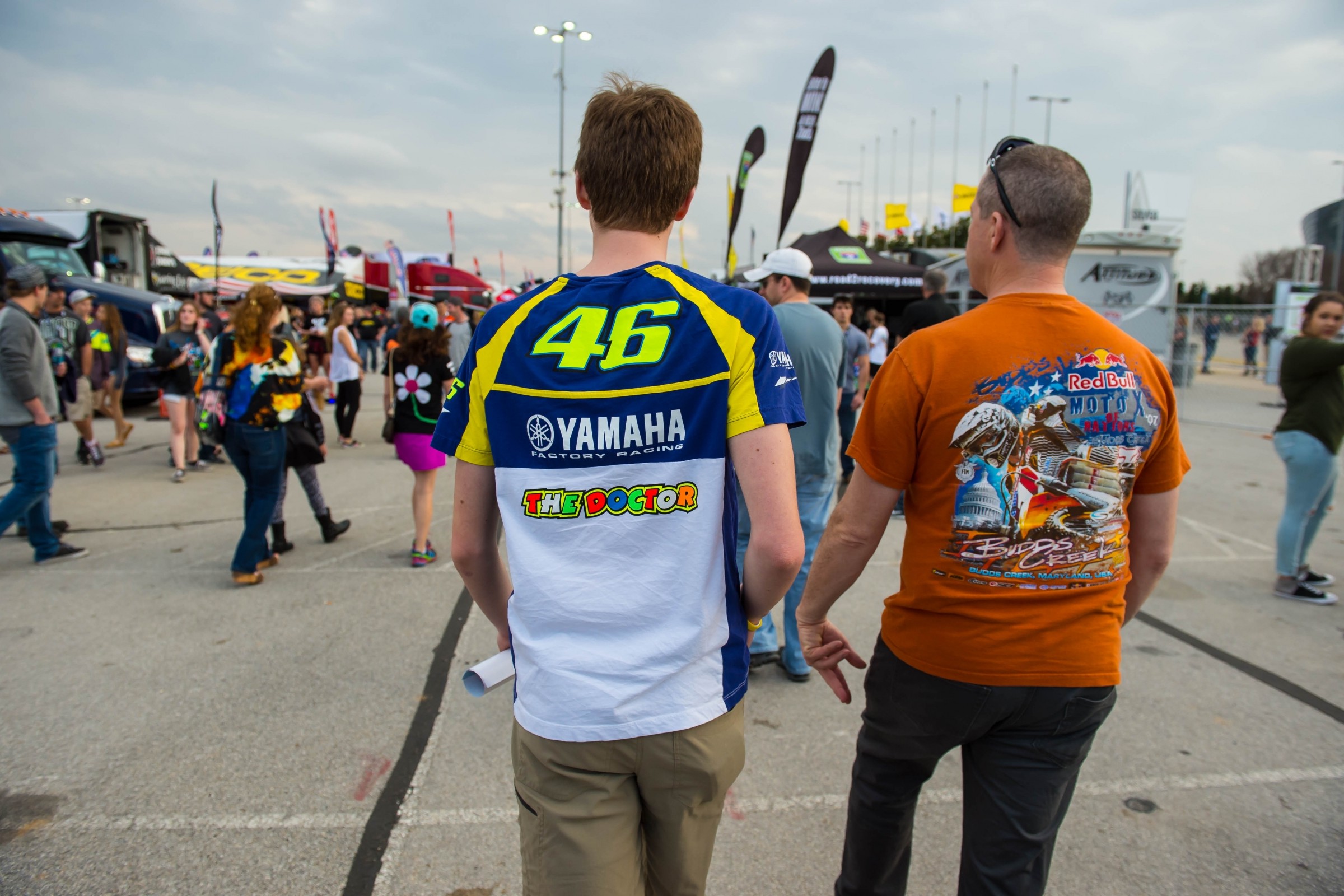 Last week we told you that a documentary on the life of two-time British MotoGP Champion Barry Sheene is coming to theaters. The movie, which is based on the book Barry: The Story of Motorcycling Legend Barry Sheene, does not have a release date at this time. In the meantime, I found this amazing documentary on Lane Splitter called When Playboys Ruled The World. It’s a dive into the life of F1 legend James Hunt and Sheene. Check it out below.

Okay, okay, you may not care about it since Ryan Villopoto isn’t racing. But there are some interesting storylines this year, which we pointed out in our massive preview. One of those is Gautier Paulin’s second season with Honda HRC. After off-season knee surgery, Paulin traveled to Florida to train with Aldon Baker. Fox Europe has a pretty cool edit from his time down there.

Hookit, the guys that provide those killer social media stats we run, made mainstream news this week when they announced that soccer megastar Cristiano Ronaldo became the first athlete to surpass 200 million combined followers across Twitter, Facebook and Instagram. Forbes, ESPN, Bleacher Report, Sportsnet, NBC and Newsweek, among others, all picked up the story.

Most of you could care less about Ronaldo, so we asked Hookit how the biggest stars in motorsports compared.

- Damn, Valentino Rossi is WAY ahead of everyone else—even F1 star Lewis Hamilton.

- 200 million followers is an effing ton.

NASCAR’s Super Bowl—The Daytona 500—was last weekend and Joe Gibbs Racing broke a twenty-three-year drought at the race when Denny Hamlin held off Martin Truex Jr. in a photo finish to collect his first win at the event. How did Joe Gibbs, team owner and three-time Super Bowl champion, and his crew celebrate? By going to Steak ‘n Shake of course. According to Fox Sports, it’s a long-standing tradition for the team.

“When we won that first 500, we didn’t know what to do. We went in the Winner’s Circle and got Gatorade thrown all over us and grabbed the trophy and were out the back,” said Gibbs. “So we’re driving down the street with the family and everything and (wife) Pat and everybody saw Steak ‘n Shake and pulled in there and spent the next hour with the fans in there. A few of them were … lit up, but it was a typical fan group. We had more fun in the parking lot taking pictures. Then we went to Steak ‘n Shake after the Brickyard last year. It kind of became a tradition.

“So I said last night, ‘We’re going.’ We were down there, we had the trophy and the guys were in there, it was fun because they recognize you and then they all want to take pictures and everything, so we hung out there for a while, had a shake and wanted to make sure we held up our end of the tradition.”

“I feel like I was fighting being too hot in the beginning because the first pitch out of the parking lot is one of the steepest pitches of the entire climb. You go from standing still to immediately realizing that this is one of the hardest climbs in North America,” said Johnson.

Read more here and check out the video below.

Arlington is all about them selfies

That’s not how it works, Travis

Concussions ended the promising career of Broc Hepler in 2009. Earlier this week, GasGas announced they had agreed to a deal with Hepler to race the National Enduros and maybe a few Full Gas Sprint Enduros. “Broc has been making the transition away from the National motocross world to the off road market and will be a great asset to help us continue develop our enduro models,” Mark Berg of Gas Gas Motos NA stated. “He’s already been testing the bike and feels very comfortable on the EC250. We look forward to working with Broc and John Barber on bike development along with racer growth in the east coast.”

Since his retirement, Hepler has been very vocal about concussions and recently weighed in on James Stewart’s return, writing on Intagram. “I wanted to share my thoughts and knowledge. We need@therealjs7 back out there when he is READY and HEALTHY.” (Read his full statement below.)

Earlier this week, Motocross Action Magazine's John Basher talked with Hepler about concussions and more. It’s worth your time. From MXA:

Do you have any other symptoms that flare up?
Fogginess is the main one. It’s a big problem, because it slows my reaction time on the bike. If I tried to race Supercross then my timing would be off. I wouldn’t be able to jump cleanly, and I’d be landing on hay bales. It wouldn’t be good.

Read the entire interview on MXA.

When yo scrub to hard and clip a peg! #mxfails #motocross #supercross @mx.fails

After 20 years, Motorcycle USA announced yesterday on Twitter that this coming Friday will be their last day. Owned by Motorcycle Superstore, the online retailer, Motorcycle USA has long been a staple in the motorcycle media landscape—with reviews and more. It’s never good when people lose their jobs; here’s to the editors, the photo/video team and everyone else that made the engine run for 20 years. Congrats on a great run. Sean MacDonald at Lane Splitter has more on the announcement.

What a long strange trip its been...Breaking news. LDI is pulling the plug on Motorcycle USA Friday. Thx for the 20 year run readers.

Video of the year….hands down

Troy Bendgen, who you may know from Racer X Online classics such as Privateer Profile and Wake Up Call, also works a full-time gig at Haag Ford in Indiana. Troy works his little fanny off between his real job, and his work at Racer X, Pulpmx and Vurb, and we’re proud to have him contribute. Anyway, the point wasn’t to tell you about how great Troy is, but to show you a pretty cool commercial he put together for his dealership that will run locally during Monster Energy Supercross.