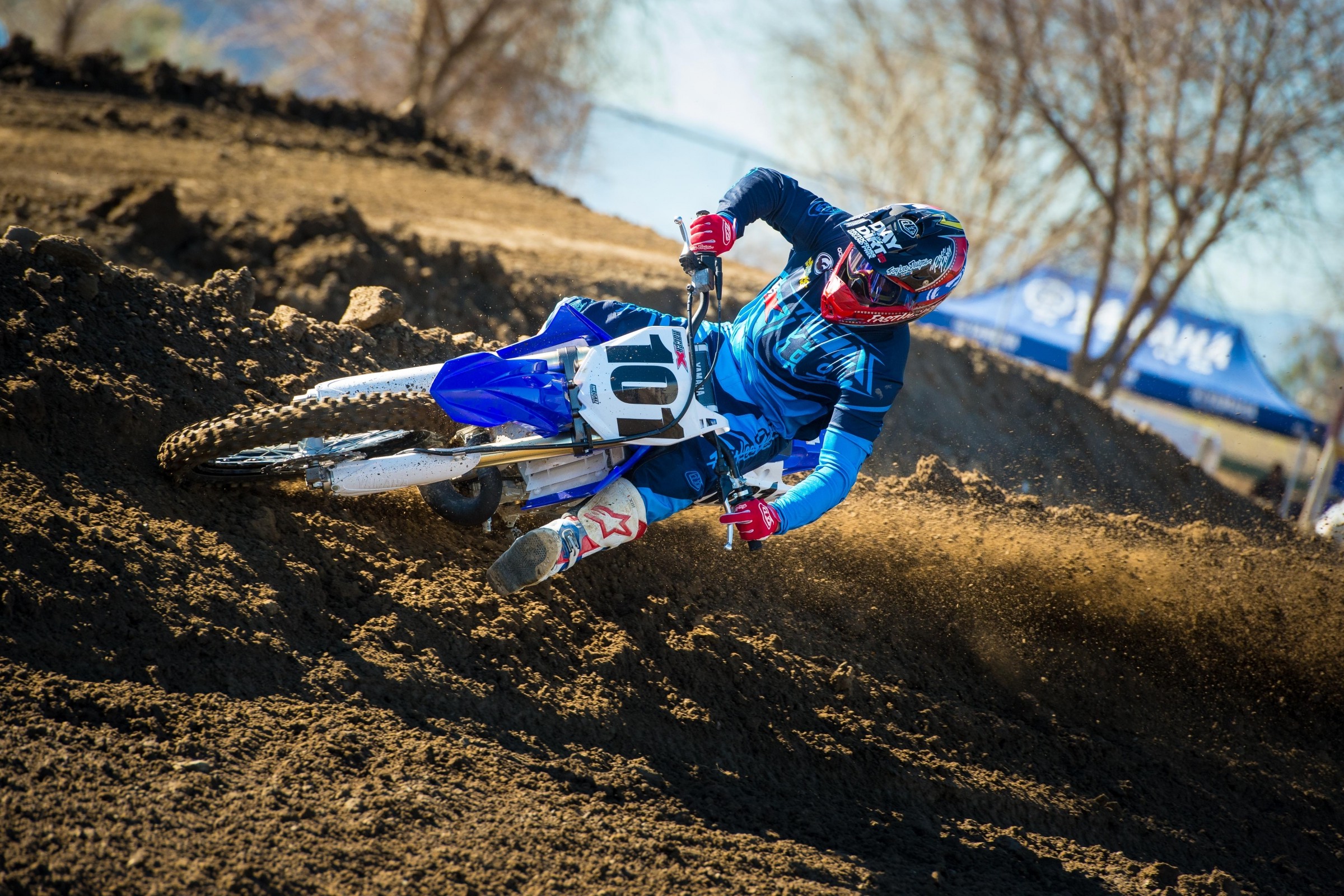 I've noticed many of the riders love to say "we" when interviewed. For example "we" got a good start but "we" were struggling in the whoops. Now since it can't be a lack of education (just like baseball’s Ricky Henderson referring to himself in the 3rd person for years) could it be that they have a mouse in their pocket? I mean, then it would be grammatically correct. The issue then becomes animal (or rodent) cruelty, as PETA may not appreciate it.

Next to man buns, unkempt beards, slow drivers in the fast lane, bro culture in general and the Kardashians, this has to be my biggest pet peeve. I understand that there are many people helping you be successful enough in the sport to be standing on the podium speaking but you are not contractually obligated to literally include them in the interview by saying “we” instead of “I.” They weren’t charging into the whoops in fourth gear or quading a rhythm section or launching the triple every lap—you were. I realize that some of the “nut-swingers” who hang around the podium hoping to give you your first high-five when you pull off the track are so far up your ass it may seem like they are riding with you but I assure you they are not. And if they are omnipresent, are they there with you when you stop by the Porta Potty on the way back from track walk and take a slash? Or what about at home in bed after the race when you are showing your wife the business end of your baby maker? Do you tell your wife, “We really enjoyed that?” Thank the folks who need to be thanked and then speak like a normal human being having a conversation with another human being when you are giving an interview. It really isn’t that complicated. Oh, and answer the question they ask you! Okay, I’m done.

I have often wondered something and I know you can help me. Since the top pros have practice bikes and also have race bikes, how similar they are to each other? If a race bike cost's hundreds of thousands of dollars in engine and suspension components, is the same big money spent on a practice bike? I would think that the bikes would be pretty much the same so they can leave the starting gate on Saturday night and ride with the intensity they do without having to spend opening laps adapting to a race bike.

Race bikes don’t cost hundreds of thousands of dollars; we need to start by clearing that up. It’s difficult to put a price tag on one because much of the expense is in testing and manufacturing special parts and pieces. When it comes to supercross practice bikes, they are typically very similar to race bikes. Supercross is such a precision sport that it is important to keep the bike a constant from the week to the weekend. Typically the race bike will have some titanium parts and bling that the practice bike doesn’t but, performance-wise, they are nearly identical. Outdoors it isn’t as critical to have both bikes be the same. Obviously suspension and chassis don’t change, but because you put so much time on the bike preparing for national motocross, and service intervals come up quickly and cost money, oftentimes teams will sacrifice a little performance for more durability. Some riders will put big bore kits in their 250’s so they can run pump gas and stock engine internals and still make good power. The top factory 450 teams probably don’t have to worry about budget as much so their machines are likely the same. Hope that answers your question.

When the Dungey-Stewart drama happened, I read that we, fans, shouldn't be blinded by the love for our idols, because at the end of the day, they don't care about the fans, they only care about the check coming in every month and race wins.

Well, I fully disagree with that statement. I think they do care about their fans more than we all think.

Sometimes people can't handle certain situations, and they don't feel like talking about it to anyone besides their idol.

I felt this way, and I texted my idol (I'm not gonna mention who it is, because it's a very private deal to me) many times, and I first thought that he wouldn't even read what I was texting him, until one day I get that response back, and it's a wonderful feeling. He's a top supercross racer, he's had a rough time just like I have lately, and he has been helping me a lot ever since that first reply.

I feel related so much to this person. I crossed the world to see him at the MEC in Vegas, and I can assure you that even if they are millionaires, these guys care about their fans tremendously, they know they are because they have people behind their back who love and support them every time. Having an idol that sometimes can make you feel happy when you don't see a light at the end of the tunnel is a dream, and that dream turned into reality for me. Yes, money and wins are important, but a champ is a person before being a rider, and a person can feel the love he gets, he can help out a 16 year old fan, and he can make this fan feel just like him, even without knowing him personally.

I found out that dreams always come true, and I found out that my idol is the best, even if people say that he's done etc. I'll always stand behind him, even if I'll be the last believing in him with no fake feelings.

I'm not writing this mail just to have it published on Racer X, I just want to remind everybody that you can hate a person how you want, but you have to consider how this person feels about his troubles before hating, and I'm tired of all this hate for people who don't deserve it.

That was a weird letter, dude. But I’m not hating—nothing but love. Wait, is this Cory Moser??