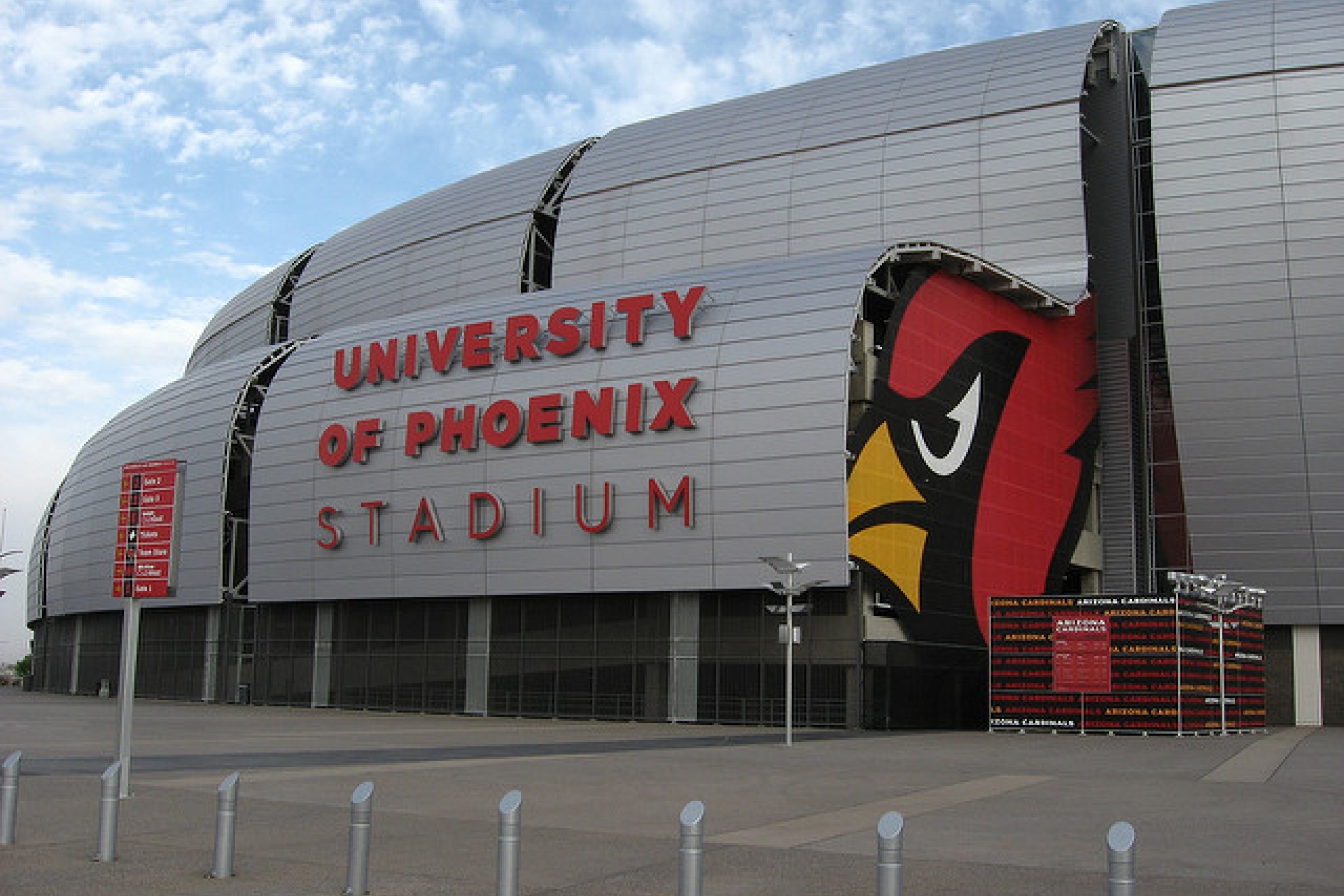 Glendale, Arizona is the host for the fifth round of Monster Energy Supercross. If Glendale sounds strange to you, that’s because we are switching venues. This year we head out to University of Phoenix Stadium on the outskirts of the Phoenix metro area. This is the home of the Arizona Cardinals football team whereas for the previous sixteen years the race has taken place at Chase Field, the downtown home of the Arizona Diamondbacks baseball team. Prior to that, supercross raced at Sun Devil Stadium on the Arizona State University campus in Tempe. So, as we roll onward and upward this new stadium should be a great addition to the series. New stadiums always have the latest and greatest of everything, making for a better overall experience for race-goers. The press box is nicer, the concessions are nicer, the seats are newer, parking for the 50,000 fans is easier and so forth.

More importantly for the actual racing, this stadium is a football venue versus a baseball venue. This is key for track design and what the Dirt Wurx crew has to work with. The baseball venues use a diamond-shaped floor and that makes for weird angles and a multitude of ninety degree turns. While this may seem like no big deal, for the racing, it certainly is. Ninety degree turns basically prohibit passing. There is no room to make a move as long as the rider stays to the inside. With the football field venues, however, all of this is moot. The long rectangular football floors lead to long straightaway rhythm sections with 180 degree turns and ample passing opportunities. The long straights give riders a chance to make up time and pull alongside another rider and then the 180 degree turn allows for block passing and under-cutting. We still see some good races at the baseball-style venues, of course, but the football style is preferred by almost every rider I have ever talked to.

This particular track utilizes a plethora of rhythm sections and is light on whoops. The rhythms look to be very fast and will be a test of who can carry speed and stay low across the sections. There will be many, many sections where riders are tripling their way from berm to berm. The only notable point here is if a rider makes a mistake at the beginning of these long rhythm sections, it can really cost him by the end of the section.

One cool aspect of the track is that we go outside of the arena! It has been a long time since a points-paying round of the series has had a section that entered and exited the arena through a tunnel. Racking my brain, I can’t think of any time since 1998’s LA Coliseum that we saw this variation, other than the annual loop around the backside of Sam Boyd Stadium in Las Vegas. Going from inside of a dome into the open air is always a cool feeling and the cold night air is always noticeable.

I should just build a template here for Ryan Dungey so I can save time. The guy is just dialed in right now and on a roll. Someone better make a move quick or he is going to be long gone with an insurmountable points lead.

Ken Roczen is getting closer and closer to where he wants to be. He didn’t quite have the pace to reel in Dungey last weekend but he is certainly looking for a battle. He is due for a win.

Marvin Musquin has improved each and every race this season. His scores are 15, 12, 9 and 3. He loves this improvement curve… and also numbers divisible by three.

Joey Savatgy landed the first win of his supercross career last weekend in Oakland (he won his first National at Unadilla last year). He was keeping Cooper Webb honest right up until Webb’s bike took a dive. He now has the points lead and his chance at this title has been revitalized.

Colt Nichols rode incredibly well en route to a runner-up finish in Oakland. He has been inside the top ten all season and proved that he was ready to take the next step. He had been a quiet surprise up until last Saturday night, but everyone is well aware now.

Eli Tomac had a tough main event for some reason. After winning his heat race, I expected him to be in contention for the win. That just didn’t happen and he didn’t ride exceptionally well, either. On a track as rough and beat as Oakland was, I think most expected a better result than seventh.

Alex Martin is killing my fantasy team. There, I said it. Besides that, it has not gone very well this season for A-Mart. He had an easy podium locked up last weekend and would have been second after Webb’s DNF but a big crash entering the over/under bridge left him down and out. He rode much better last weekend but the results still aren’t on paper yet.

Ken Roczen gets his first win of the season.

Cooper Webb gets back to his winning ways.

Vince Friese is black flagged for riding dirty in the Wienercross race.

Racing inside University of Phoenix Stadium this weekend marks the highest level of involvement most of the riders will ever have to a university.

James Stewart finally stops punching himself in the nuts after allowing Mike Alessi to briefly pass him on a supercross track.