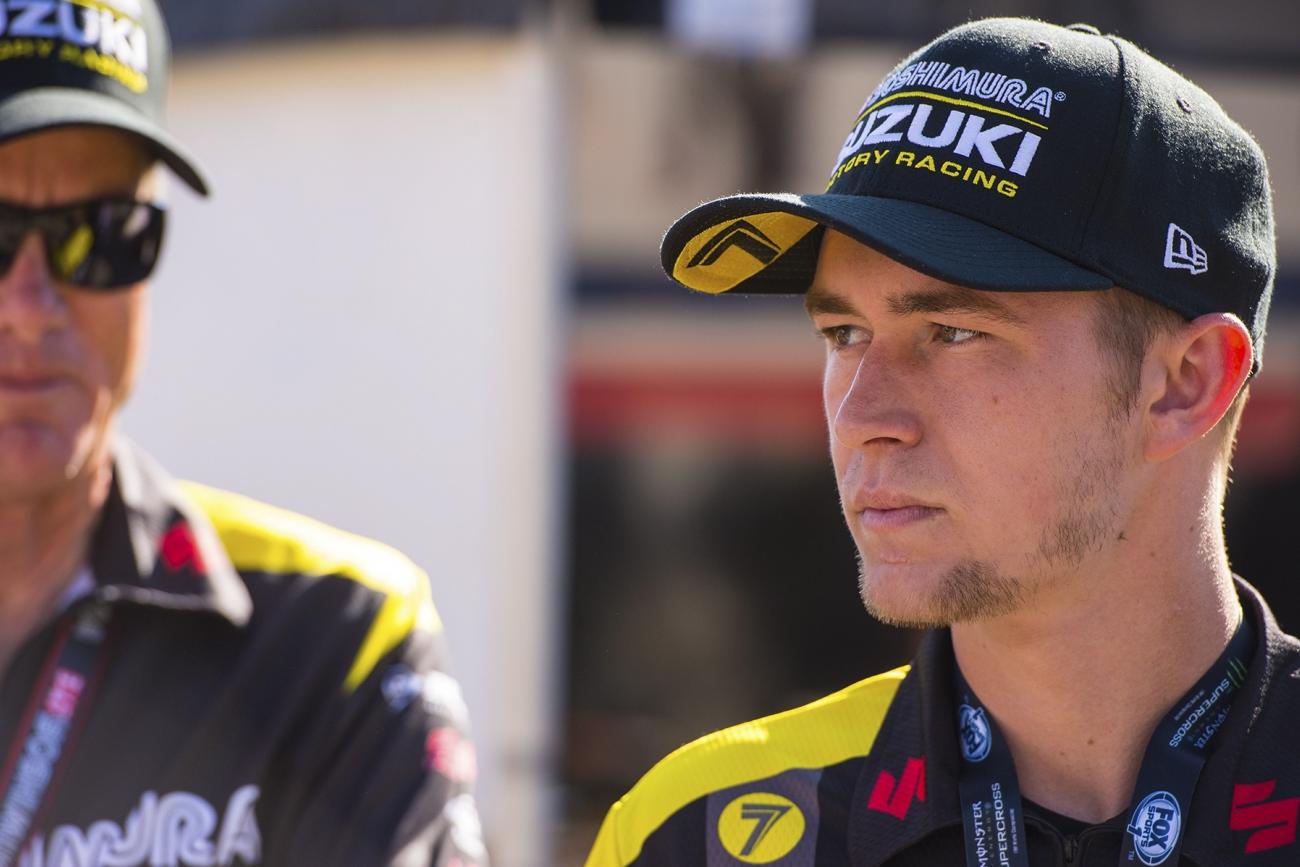 Blake Baggett – Collarbone, Ribs and Scapula
Comment: Baggett broke his collarbone, ribs, and scapula nearly a month ago while practicing at the team’s testing facility in Corona, California. The team says his recovery is going well, and he is hoping to be back racing by Oakland.

Dusty Pipes - Shoulder
Comment: The Fly Racing/TPJ/Suzuki rider sustained a dislocated shoulder, broke his humerus, scaphoid and torn some muscles in his shoulder in a practice crash last weekend. No timetable on his return has been announced.

Andrew Short – Shoulder
Comment: Short injured his shoulder a little over a month ago while practicing. He had surgery and although a return date is still up in the air, he says it might be as early as Dallas.

James Stewart – Ankle
Comment: Stewart hurt his ankle while racing overseas in France and had to be carried off the track. His team says it set his training back, but he got back on the bike as quickly as possible. He’s in for A1.

Ronnie Stewart – Wrist
Comment: Stewart broke his left wrist in December and will miss the opener. He currently has four pins and an external fixator holding it in place, but all of that comes out in two weeks. Once he begins physical therapy he’ll have a better idea of when he can get back on the gate.

Tevin Tapia – Wrist
Comment: Tapia cased a jump and broke his scaphoid in the process. He hopes to be back in action on a 450 when supercross heads east.

Shane McElrath - Wrist
Comment: McElrath broke his wrist about two months ago and got the pins removed earlier this week. A return date is still up in the air, but the team told us the doctor is pleased with McElrath's recovery so far.

Darian Sanayei – Back
Comment: Sanayei sustained several fractures in his back while preparing for 250SX West and will miss the first several rounds.