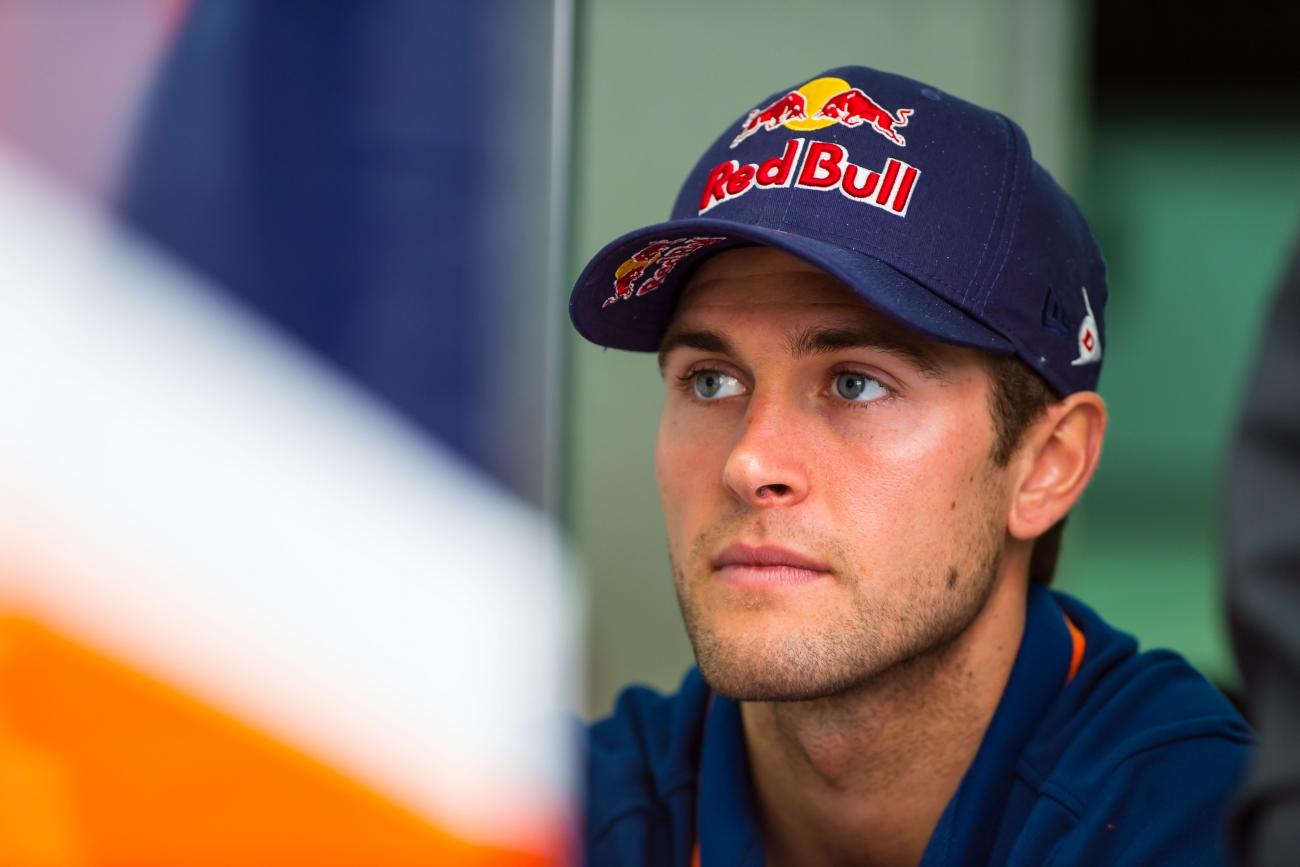 3 on 3 Charting the Chances

Jason Thomas: I have no reason to believe otherwise. Ryan is at his best right now; maybe the best he will ever be. Riders always have a peak—those years where body and mind are working in unison to churn out maximum potential. Last year was the best year of Ryan Dungey's career thus far and I think he is still on that same form. He has everything in order to repeat as champ. His motorcycle is on the cutting edge of technology, he has the most successful trainer in the sport, and he should be carrying the most confidence of anyone on the line after sweeping last year's titles. This is racing so surely anything can happen but if you are placing bets, Dungey is the odds on favorite to stave off the attacks for one more year.

Jason Weigandt: For sure he's the favorite. I think Ryan's trademark consistency will only be better because he's so much stronger mentally these days. Before, when Ryan would finish second or third, it was consistent, but he wasn't happy. He wanted to win and was frustrated that he couldn't get Villopoto or whoever he had to beat that day. I think he takes those losses better these days. I can see him taking a solid third this year and still smiling about it, knowing the long game is his specialty. Before, he would be kind of a mess, mentally, if he wasn't winning, even if he was racking up solid finishes.

There's still one thing that prevents me from stamping a Dungey title defense like we did in the prime years of Villopoto, McGrath or guys like that. Dungey is solid, but he doesn't intimidate anyone. I don't think Roczen or Tomac fear Dungey at all, they think and believe they can beat him. They probably think they're faster than him. Over the course of 17 rounds they might not beat him, but they at least think they can, and that's a big difference.

2. Cole Seely had a superb rookie season last year. Can he back it up?

Thomas: I am going to go with yes and no. I do think Cole will have a few races where he is in contention for race wins and will land on the podium at minimum. He showed last year at Houston that if he gets out front and is "feeling it", he’s history. On his chances for breakout weekends, I‘m on board.

I am not quite as sure that he will be able to back up his third place in the championship, however. Without the injury bug striking Canard and Roczen, James Stewart's suspension, the rise of Jason Anderson and Justin Barcia's weird SX season, I don't know if the points wind up in the same order. I know everyone reading this is saying "you gotta be in it to win it" and "he can only race the people that show up on Saturday" etc., etc. and I understand all of that but going into a new season I also have to take into account everyone lining up. Injuries are impossible to predict so when I have to decide on whether I see Cole ending up third again in series points I assume everyone is healthy at every round, even if that is foolhardy. Third place in the championship will be a tall order to back up.

Weigandt: There's no reason on paper that says Seely can't back up his 2015 season. I agree with JT that it will be harder if dudes like Roczen, Canard and Barcia, who missed a lot of races last year, get through the entire season. But I'm actually more worried about that type of injury thing happening to Seely. Supercross is a grind and it only takes one small crash to throw everything off the tracks. Last year, Seely was rock solid, dudes started getting hurt, he started making the podium and building confidence, and then he was on the rails. I have a sinking feeling a hurdle is coming for some of the newer guys—we've already seen Baggett get struck, and while the buzz is high for Anderson and Seely right now, these guys have got to avoid the bad luck. Sometimes the second season throws some adversity at these guys, and then they take what they learned to come back even better in year three.

3. Rough last two supercross seasons for Justin Barcia. Will he be back up front in 2016?

Thomas: If Justin can get good starts early in the season, namely Anaheim 1, he will be in the battle for the lead. He gained so much confidence with his win in the Budds Creek mud it propelled him to the front nearly every weekend thereafter. He has to believe in himself before anyone else will, just like he did this past summer. I didn't see that last supercross season. I saw a rider that was down on himself and his situation, and at one point even considering options to change his course. Flash forward ten months and that doubt is long gone. He is coming off a strong performance in France at the Motocross of Nations and then took a full off-season to prepare for this upcoming season. He should be firing on all cylinders come January, but as I said above his starts will be the key to his success or shortcomings.

Weigandt: This 100 percent comes down to starts. Starts impact every rider, but they impact Barcia the most. For example, can we say definitively that Ryan Villopoto was a great starter? He was fine. He was okay. He was good enough. It didn't really matter because he was strong and fast enough to make it work regardless.

As for Barcia, when he's on, he's the best starter in the game today. Those starts allow him to be consistent, they put him in contention for wins (note his two career 450SX wins in 2013 came from holeshots) and they let him mess with the other riders. Once they get a few tastes of BamBam defending his position, they get mad, and then they're playing Justin's game. So if he gets his holeshot prowess back this year, he's in the hunt. I don't think he can start where he did in 2014 and 2015 indoors, which was consistently out of the top five, and get it done.