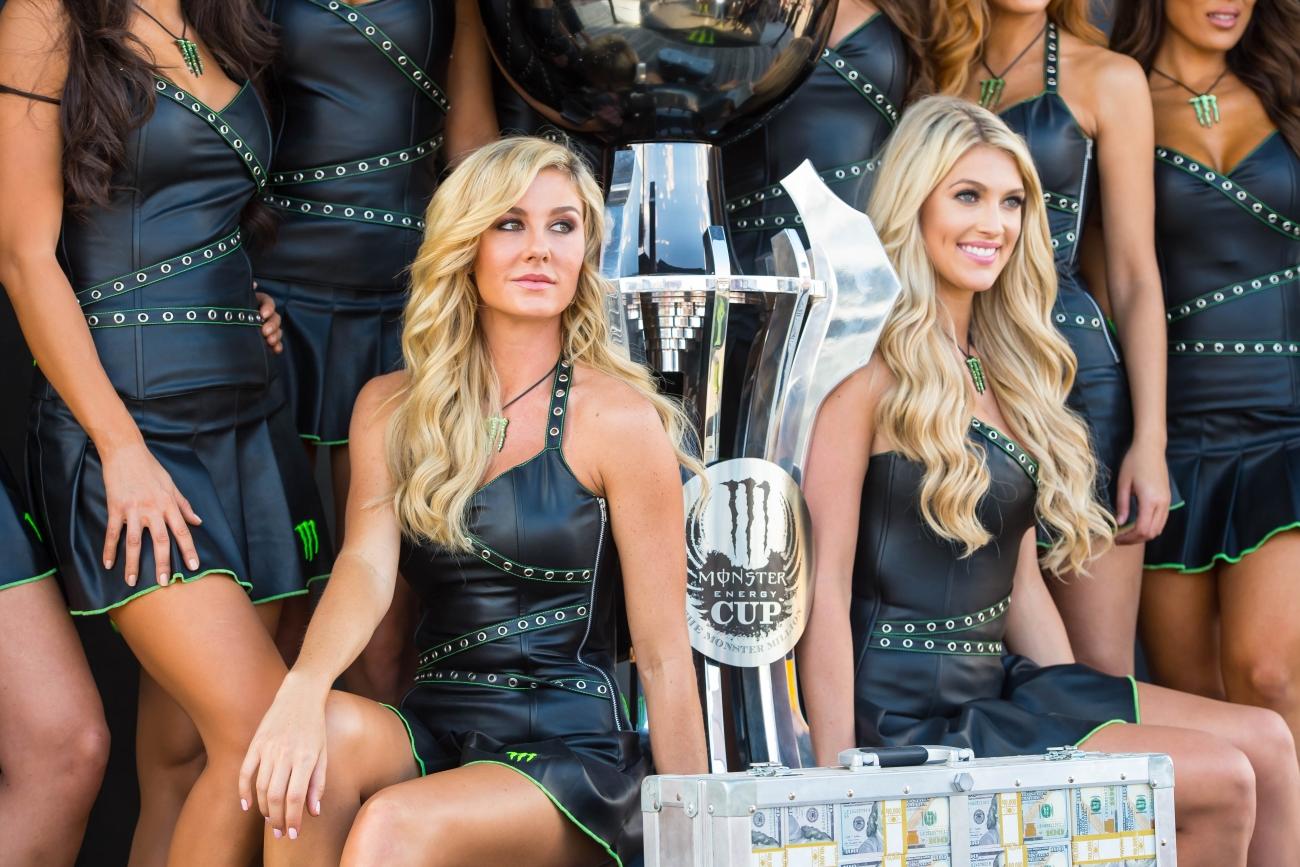 In early 2014, Forbes reported that LeBron James earned $42 million a year away from the basketball court from the likes of Coca-Cola, Nike, Upper Deck, Samsung, Audemars Piguet and Dunkin Donuts. That was the most of any player in the NBA at that time. Well, that number is about to grow—by a lot. This week, Nike and James reached a lifetime agreement, which is believed to be the first in the company’s 44-year history, per ESPN. Details were not announced, but they will easily surpasses the 10-year $300 million deal Kevin Durant signed with the company last summer ESPN reports. More from ESPN:

It's assumed that Michael Jordan has at least a de facto agreement for life. Nike acknowledged to its investors in October that the Air Jordan brand, which began in 1985, had surpassed $2.2 billion in annual sales.

Nike has made more versions of James' shoe than for any other athlete outside of Jordan, who is on his 30th Air Jordan. Both James and Nike's business has grown exponentially since 2003, when Nike signed James on the eve of the NBA lottery to a seven-year, $90 million deal, its largest athlete deal ever at the time.

Nike has made 13 versions of James' signature shoe, and annual sales in 2015 for his line are estimated to top $400 million.

Last week, SCOTT posted a photo of their epic 1999 hologram goggle. I wanted to know more about them, so I hit up SCOTT’s pro racing manager John Knowles. “To be honest there isn't much info on them but they were killer and became too difficult to produce.”

Well, there you have it. But, I think we should petition SCOTT to bring this back. Please send all inquires to Craig Lyons at CLYONS@scottusa.com.

We always look to the future, but here is a look in the past. 1999 hologram goggle Learn how https://t.co/Q7pLLhYB0P pic.twitter.com/B75c4kTcb8

Since the sock (and now underwear) brand was founded in 2009, it has made a big impact in the sock world. Not only is Stance a great sock for moto (I can verify first hand, they’re amazing), but they are also great for causal wear. The company has also made an impact in other sports, and in April of this year, they partnered with the NBA to become the official sock of the league. (Check out some of the looks here.) Recently, they released a video of their amazing office in California. Seriously, this looks like a great place to work.

To up your sock game, visit Stance.com.

I have no idea who the guy that put this video together is, or the hours and hours it must have taken for him to do so. But, I LOVE THIS GUY. The video is super long (like twenty-one minutes) but the first few minutes are all sports and it’s awesome.

Analytics are so hot right now. It seems every major sport is getting super over-the-top involved in analytics. NASCAR is no different. And for the first time, it will become the official sponsor of the MIT Sloan Sports Analytics conference, says NBC Sports. Per the report, the conference has grown from a small-experts only affair to a 3,500 person event in the last decade. Why the investment?

NASCAR’s event sponsorship makes sense as the industry has experienced increased growth in data, statistics, and analytics. Many Cup-level crew chiefs have college degrees and engineering backgrounds now, a noticeable shift from the more traditional and old school mechanics that dominated the sports in previous generations.

In past versions of the MIT conference, there have been panels focused specifically on motorsports, with speakers from NASCAR and IndyCar among others. What many fans may not see are the massive data feeds that teams are working with, tracking all kinds of movement in the car.

These huge datasets allow teams to make more fine-tuned adjustments on cars, be more accurate with aerodynamic setups, and also experiment with strategy.

Golf is facing a crisis of sorts. According to Bloomberg, the game lost 1.1 million players in 2013 alone, and the number of U.S. golfers has dropped 24 percent (numbers released in 2014). Golf’s problem is tri-fold: 1) It’s a super hard, frustrating game. 2) It’s super expensive—from equipment to playing. 3) It takes forever to play a round—typically four to five hours. Golf courses are trying a number of different ways to stop the bleeding, but a course in Oregon has found success with a “grown-up” putting-only course. From the Wall Street Journal:

That is, this one: Coinciding with the Tiger “spike” of the late-’90s, an explosion of new young (and older) players triggered a proliferation of courses that charged a not-terribly-affordable amount and sought serious golfers whose commitment was taken for granted. In the past two decades, though, as the Tiger bubble burst and the number of young players dropped, a glut of underused courses have closed. Everyone from Golf Digest to the USGA to the PGA of America has encouraged nine-hole rounds in a semi-desperate effort to get people (like this golfer, who used to spend multiple days a week playing) back to the golf course in their ’90s numbers. A real solution, though, is going to require not just a tourniquet, but creative regeneration.

The Word On… is a tad short this week, but I have a really valid excuse—Ping, JT, Matthes and Weege were in town for two nights, meaning we were out pretty late enjoying the nightlife of Morgantown. Oh, no wait, that wasn't the problem! We also managed to get all five episodes of our 2016 Monster Energy Supercross Preview Shows done. That was a lot of work. Yes, the late nights had no impact on the work flow.

Episode 1 was released this morning. Hope you enjoy.

Michelin Back with MotoGP

In 2016, Michelin will return as the official tire supplier of MotoGP, replacing Bridgestone. (Unlike SX and MX, every team is required to use the same brand of tire in MotoGP.) The change is huge, and probably the second most important one heading into next year, aside from the change to spec ECU software. The teams recently had a chance to test with Michelin and MotoMatters.com caught up with Nicolas Goubert, the head of Michelin's motorsports program about the new deal.

Goubert admitted that Michelin still had a lot of work to get through before the start of the season. "There's some work still to be done for us. We've done a lot of testing with the test riders. We've had three official tests with some of the official riders." Testing with the official riders mid-season had not been completely ideal, as they were thinking more about the rest of 2015, rather than looking ahead to 2016. "Three sessions isn't a lot and the riders were kind enough to spend time using the tires but they were focused on something else at the time and of course their championships."

Formula 1 Up on NBC

According to Awful Announcing, the 2015 Formula 1 season, which aired across NBC platforms, was the most watched for the sport since ESPN aired the 1995 season. Per the report, viewship on all networks (NBC, NBCSN and CNBC) “averaged 521,000 viewers, a 14 percent rise (457,000) in viewership compared to 2014 and up 42 percent (366,000) from 2013, NBC Sports’ first year with Formula 1 rights.” This is actually pretty good, as the season airs from countries like Australia, Malyasia, China and Japan, making it extremely difficult for East Coast viewers, as those races take place between 1 and 3 a.m.

Races in Asia like Australia, Malaysia, China and Japan, take place between 1 and 3 AM et so many on the East Coast likely will not be tuning in, while those in the West still have a late start time at 10 PM and midnight respectively. The six European races (except Russia) as well as Singapore and Abu Dhabi which are night races, start at 8 AM et and 5 AM pt. Again, restricting the audience NBCSN can get. It’s tough to get new Formula 1 fans or even casual fans to tune in when races are at 5 AM on the West Coast. In Russia, the race starts at 6 AM et and 3 AM pt, which really hurts NBCSN.

This wasn’t a complete shock to NBC Sports when they took over Formula 1 rights from what was formerly SPEED (now FS1) in 2013. What NBC has tried to do was to capitalize by putting their four high profile or time zone friendly races on regular NBC and market those races to attract new fans. The prestigious Monaco Grand Prix, while shown at 8 AM et like other European races, is the most prestigious and popular Formula 1 race all season so that can attract casual viewers. The other three races on NBC all take place in North America. The Canada Grand Prix in June as well as the United States Grand Prix (October) and Mexico Grand Prix (November) all take place between 2 and 3 PM and if new or casual viewers were to tune in, these races would be their best chance.

Twitter recently launched its first year-end review. One of the topics was looking back at the biggest moment in sports on Twitter, including the most retweeted athlete tweets of the year. This one really shouldn’t come as a surprise, but Kobe Bryant’s announcement that he was retiring from basketball ranked number 1 with 128,000 retweets.

Number 3 on the list was Mike Tyson throwing shade at the #MayPac fight.

We waited 5 years for that... #underwhelmed #MayPac

Formula One is a sport built on a technology arms race. It’s always evolving and pushing the boundaries, but this usually happens in small steps. Not with McLaren. The MP4-X released earlier this week is amazing. More from Wired:

As with all of today’s future-facing concept cars, the MP4-X is electric. It doesn’t rely on one big battery, however: McLaren says it would use “thin batteries,” integrated into the bodywork. Those batteries, naturally, would be charged by solar panels on the car, energy recovered from regenerative braking, and yes, inductive charging built into the tracks.

Even if the MP4-X were spouting CO2, the driver wouldn’t notice, thanks to the canopy protecting him from the elements and dangerous flying objects. The end of the open cockpit in F1 isn’t hard to imagine—it’s been seriously suggested in recent years, and the FIA’s considering it. But this canopy would be photochromic, changing color to improve the driver’s vision.

On the topic of vision, the MP4-X is fitted with cameras, feeds from which could be piped directly into the driver’s helmet, allowing to to effectively see through the car and vastly improving visibility. The same idea’s been proposed for fighter jet pilots.

No Snow, No Problems

This may be the coolest collaboration I’ve ever seen. I spotted this on Fredrik Noren’s social media last night and had to share his new gloves from Novik.

Get it? He’s Swedish and it’s designed around the candy Swedish Fish. C’mon, you have to get this, right?

Hit up novikgloves.com for some of the best gloves around.