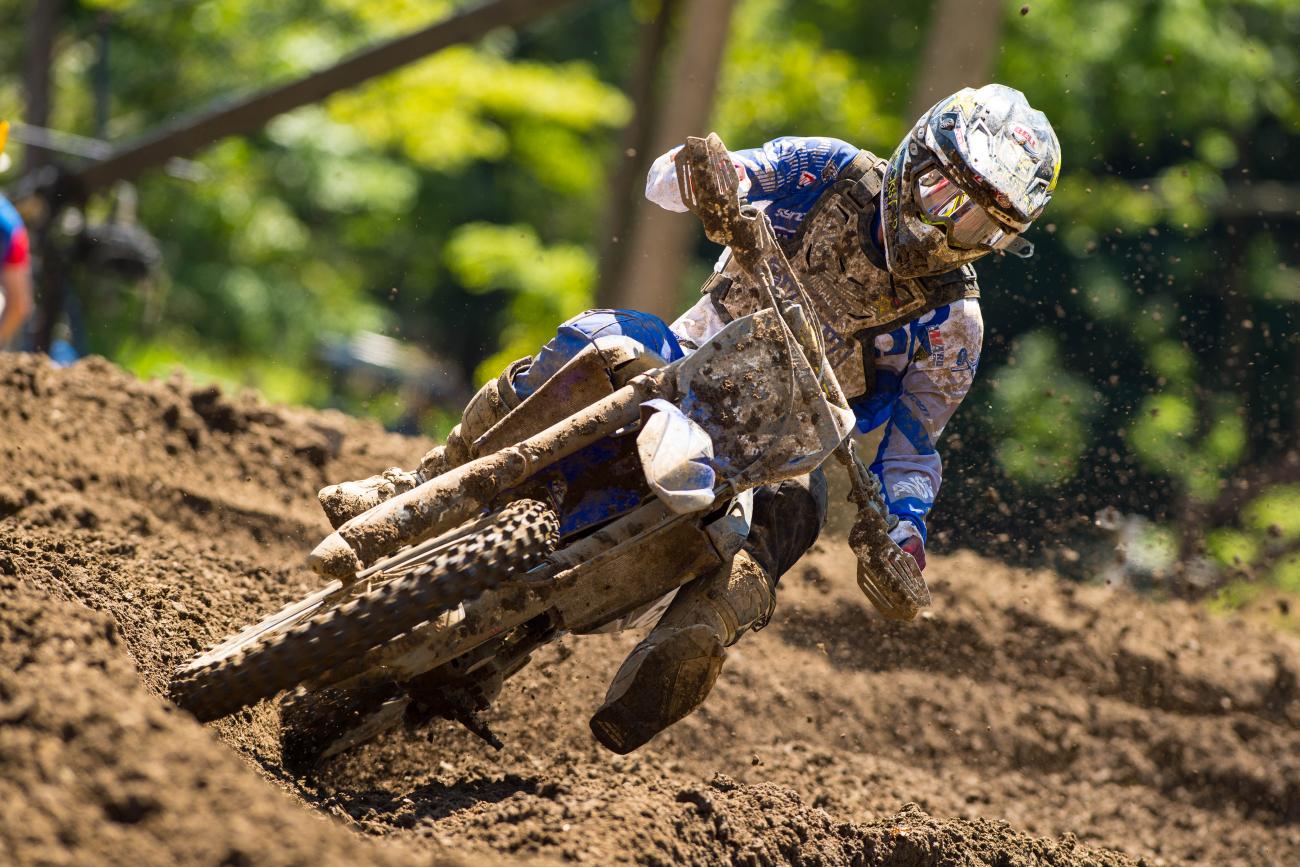 It’s strange to classify a race winner as an “Unsung Hero.” Yet, Aaron Plessinger probably best fits the bill after the second annual Bud Light Ironman National in Indiana. The Yamalube/Star Racing rookie, who grew up in nearby Ohio and raced GNCCs at the facility, went 2-1 on the afternoon to secure his first career professional win. But on a day in which Ricky Carmichael returned to the winner’s circle in the first-ever Legends Race, Jeremy Martin claimed a second straight championship in dramatic fashion, and Ryan Dungey put the cherry on top of another championship, Plessinger’s win was overshadowed.

To prove that point, due to time restrictions for the looming season-ending banquet, Plessinger had to split his press conference with teammate Jeremy Martin, who of course was celebrating a title. He didn’t seem to mind, as he smiled from ear-to-ear the entire time.

Racer X: It’s going to be a great night over at the Yamalube/Star Racing team. Tell me about those little congrats, those little pats on the back that you guys got for your first overall victory and first moto win, and Jeremy, for your second championship?
Aaron Plessinger: It was amazing. Today I was on another level. I really like this track. It’s going to be a good night over at Star Racing with Jeremy winning the championship and me getting the overall today. It’s just been an amazing day.

As he said, all three of you guys, I think you went 1, 2, 4 last weekend, and this weekend was similar. Are you guys feeding off each other? What’s the vibe like under the tent?
Under the tent it’s pretty good. I think the vibe’s pretty good throughout the day, dancing around, getting up there, and keeping a smile on everybody’s face. It’s a great team we have. I think we are the only team to win three overalls throughout the year. It’s going to be a great year next year with everybody, and even Alex Martin coming on the team. It’s going to be a really tough team to beat. We’re going to be up on the podium, I think, every race, I hope. So it’s going to be a good year next year.

"Today I was on another level."

If you could pick a place to win your first race, is this the spot?
Oh, yeah. I’ve been here many times before, and it’s a little different. It’s more covered with trees, and probably about two years ago they started building this place [motocross track] and [I] came here for the regional for amateurs for Loretta’s last year and kind of vibed with the place. I like it a lot. I won both of my races here. It’s just a good track. My dad clinched two GNCC championships here in 1994 and ’95, so it’s a great place to win my first overall.

You come from a GNCC background. I bet you probably raced the Ironman GNCC a couple of times. Did that help you out here at all?
I don’t think so, just because this track has only been here for about two years now, and we never really ran on it in the GNCCs. We really just ran through the cornfields and through the woods. The dirt’s similar to inside the woods, but I think this race win came out of just… It wasn’t luck, but it was some skill.

Did you know you had the overall, and can you take me through those final laps? Were you tight? Were you nervous? What were you feeling?
I knew I had the overall, just because I think Cooper [Webb] went down in the first lap, and I was behind him the first moto. I didn’t really know where [Joey] Savatgy had finished, but I was going to get by either way. I knew I had the overall as soon as I got by him, and when I was behind him. I just wanted to push because I never got a race win until today. It felt awesome.

They haven’t announced it yet, but you led all rookies in points in this series, and you won SX Rookie of the Year. I don’t know if that’s ever been done; it may have. But did you see this coming in? You were a little under the radar coming in.
Yeah, I was kind of injured the first part of the season. I did something to my back. It wasn’t the great start off to the season, but I knew I had it in me and I knew I could do it. I just trained my butt off and ended up on top here.