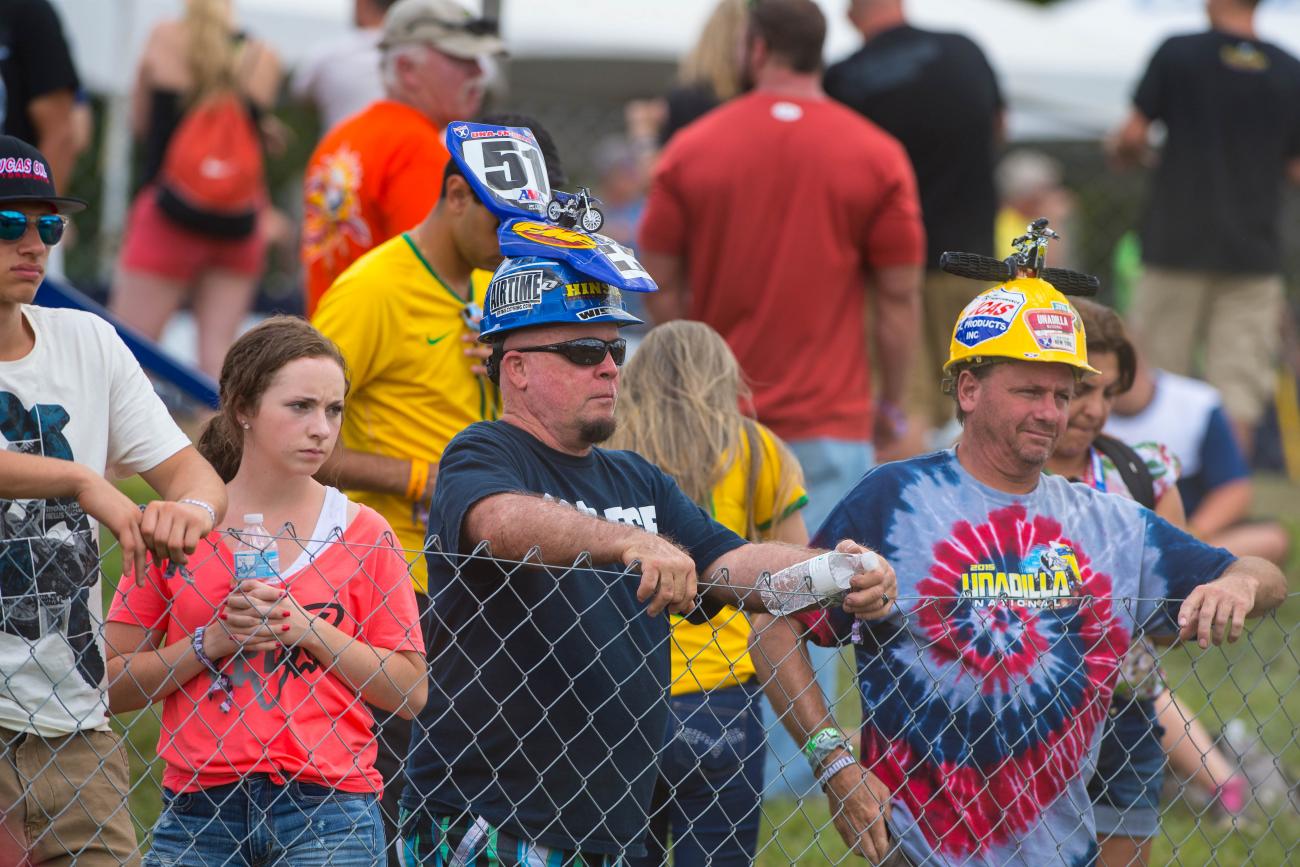 Danny MacAskill is arguably the greatest trials rider in the world at the moment. The Playboy Mansion is, well... the Playboy Mansion. On a recent tour promoting his latest film Epecuen, Danny also got to check out the Mansion and doing some riding.

Check out the video on RedBull.com.

This cyclist was not as lucky as MacAskill. During the recent Tour of Utah, Matt Brammerier lost control of his bike and careened into the side of a support vehicle. According to SB Nation, Brammerier escaped with several fractured ribs, a punctured lung and fractures to his sacral and pelvic bones. This could have been a whole lot worse.

It’s not every day you get to say you accomplished something even the greatest stuntman ever, Evel Knievel, couldn’t. Over the weekend, Doug Danger got to experience the feeling, as he jumped over twenty-two cars at the Sturgis Buffalo Chip amphitheater. Danger actually rode the same Harley-Davidson 1972 XR750 that Knievel attempted the jump on in September of 1972 to make the jump. Check out the feat below.

Tweet, tweet: the NFL and Twitter agreed to a new two-year deal this week that according to Yahoo! Sports will provide "uniquely packaged NFL video and other types of content to fans daily, year-round. NFL and Twitter will offer brands the opportunity to present official NFL content created specifically for the Twitter platform, on PCs, tablets, and mobile devices." More from Yahoo!:

Twitter will funnel NFL-related tweets into the streams of its audience, giving higher profiles and greater preference to these tweets. The NFL and Twitter had previously operated on two consecutive one-year contracts; this new agreement broadens and expands the existing sharing agreement between the two.

The goal for Twitter is to grow a broader audience, expanding past its traditional market into the world of people unaccustomed to the always-on nature of the service. The goal for the NFL is to further entrench itself into the minds and lives of every single human being in the United States and, eventually, the world.

Ah, the precarious relationship between media and major sports teams. It’s always fickle, neither side ever really seeing eye to eye on most matters. Some complaints on each side are more than justified—others not. Either way you see it, good journalism provides a purpose, to hopefully keep a team and its players honest. If not for reporting, teams can pump out their PR dribble to unknowing fans, pretending everything in hunky dory—whether it is or not. More frequently, big teams are hiring in-house journalists to do just that. Recently, Swindon Town, a soccer club in England, has done away with non-game-day news media access. The team owner, who said he has been “displeased by coverage,” has essentially kicked and screamed and taken his ball and gone home. Apparently this is nothing new in European football

Smaller clubs like Port Vale, Crawley Town and Nottingham Forest have refused access to various outlets for years, and now even some Premier League clubs have closed their gates. Mr. Ferguson and Manchester United had a lengthy ban list for years; Southampton ordered journalists from a local paper to stop interviewing fans outside its stadium last year; and when Newcastle appointed a new manager, Steve McClaren, in June, only the club’s website; Sky Sports, a television-rights holder; and The Daily Mirror, said to be negotiating a partnership deal with the club, were allowed to ask questions at the news conference.

Mr. Power, the Swindon Town owner, said that his discussions with other executives in soccer had led him to believe that the number of clubs curating their own content would increase. In England, there are no significant requirements for clubs to provide news media access — at least not in comparison with prominent leagues in the United States — and there is no strong union or association of journalists that has been able to push for more availability.

Check out the entire piece from the New York Times.

The Isle of Man TT is the most dangerous motorcycle race in the world, with more than 240 riders killed since the start of the race in 1907. Who exactly is crazy enough to compete in such a race is the subject of IOM TT, a twenty-minute documentary about the event. Check out the trailer below and purchase the film for just $4.99.

Guy Martin, who has competed in Isle of Man TT since 2004, according to For the Win, survived a gnarly crash at the Dundrod 150 race last week in Northern Ireland. The Englishman reportedly sustained several broken vertebrae, broken ribs, and a broken sternum, but none are considered life threatening.

Holy sh** Lexus has built a hoverboard! Yeah, so what it takes a specialty built skate park to ride, blah, blah. THEY BUILT A HOVERBOARD. (Lexus didn’t actually manufacture the hoverboard itself.) TheVerge.com actually got to ride it.

Ultimate Frisbee In the Olympics?

It’s technically now possible, as the International Olympic Committee (IOC) officially recognized Ultimate Frisbee as a sport. Seriously. The “sport” we all probably tried in college could now be part of the Olympics, which when you think about it is kind of ridiculous. More from NYMag.com.

This move doesn't mean that your crush from freshman year is going to win a gold medal in Ultimate at the Rio Olympics — the sport is simply eligible to become an Olympic sport at some point in the future. However, it would need to beat out other non-Olympic sports like baseball, cricket, and tug-of-war to land a spot at the games.

Last week, a rather bizarre story came out that former Formula 1 world champion Jenson Button and his wife may have been gassed before a robbery took place while on vacation in Saint-Tropez, France. The Sun, a newspaper in Britain, reported that Button had “£300,000 worth of valuables” stolen. The British driver is away while the F1 series is off on its four-week summer break. From Vice Sports:

According to The Sun, who quoted 'a source' for their story:

"Police have told Jenson they're convinced the burglars gassed the house using the air conditioning units.

"Jenson is convinced that's what happened too. The burglars were in the same room as him and Jessica, rifling through all their drawers.

"But they weren't disturbed at all because the effects of the gas gives the burglars free reign."

Button's spokesman added: "Two men broke into the property whilst they all slept and stole a number of items of jewellery including, most upsettingly, Jessica's engagement ring.

Professional gaming is now a thing. Don’t fight it; it’s here to stay. Seriously. It’s a big thing. In fact, a U.S.-based team collected a cool $6.6 million prize last weekend…. FOR PLAYING VIDEO GAMES! This is all too crazy. Mashable has the details.

You might not be familiar with The International 2015 or Dota 2, but here's a sentence that makes sense regardless of your relationship to esports: a U.S.-based team of five pro gamers won themselves a $6.6 million prize on Saturday for proving themselves as the best of the best.

The winning team, Evil Geniuses, bested dark horse competitor CDEC in The International 2015's best-of-five Grand Finals, taking the largest share of this year's $18 million prize pool. CDEC, which made it to the final set of events by competing in qualifiers (as opposed to scoring an official invite), can't be too sad, however; they walked away with a not-insignificant $2.8 million haul.

If you can stomach it, check out the rest here.

The two-day drop in the 15-member S&P 500 Media Index, as of midday Thursday, has wiped out more than $60 billion in shareholders’ value. The worst stock in the gauge is Viacom, down 22 percent, followed by Fox at 17 percent and Time Warner with a 14 percent slump. Disney, which started it all, has slumped 14 percent too over the period. And companies like cable-TV giant Comcast Corp., the owner of NBCUniversal, fell in sympathy -- by 7.8 percent.

It’s quite a reversal of fortune for the industry. Since global equities bottomed in March 2009, the S&P 500 Media Index had risen more than 400 percent through Tuesday. CBS Corp. was up more than 15 fold over the period.

The entire report is worth a look.