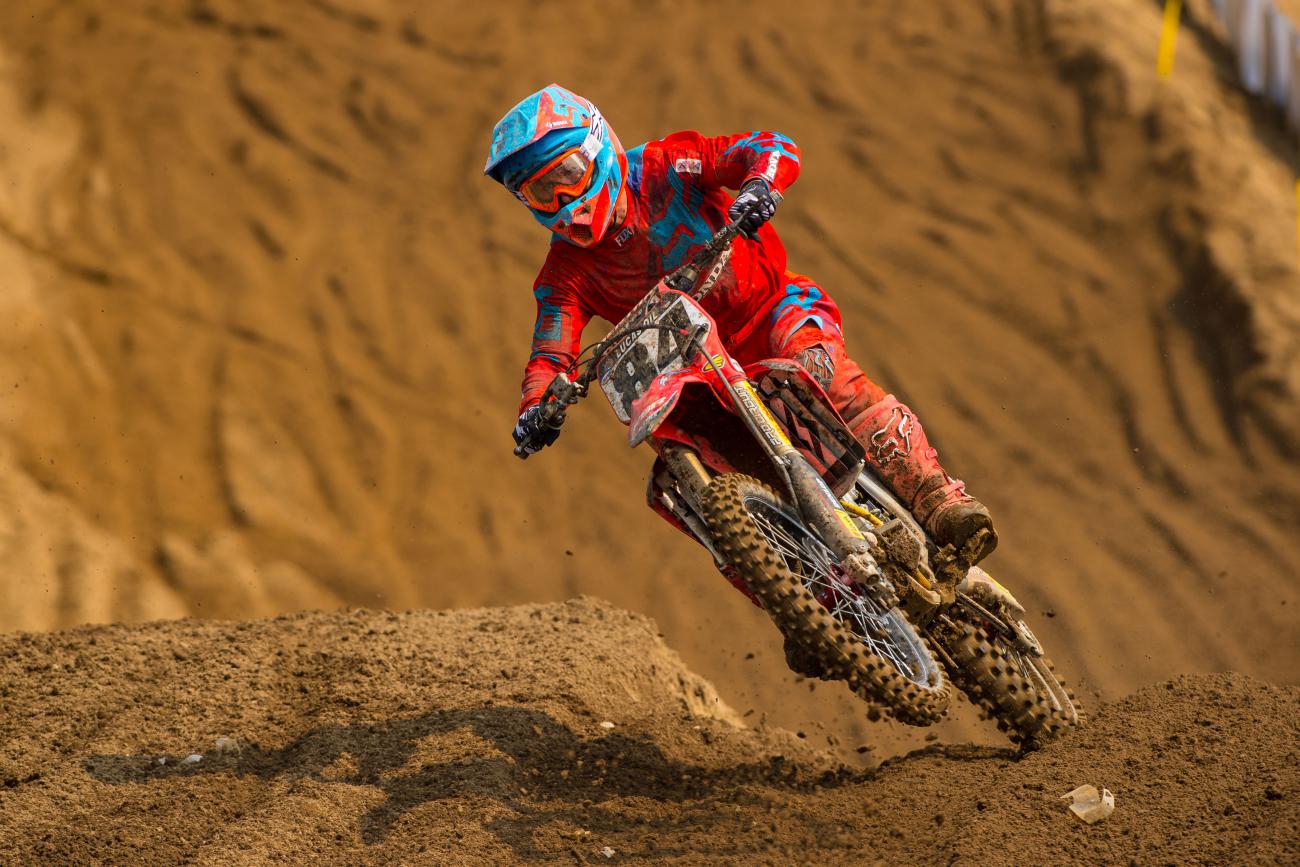 Rumors began to swirl earlier this week regarding the closure of the Minnesota-based Rick Schugel Racing (RSR) team, which includes riders Jesse Wentland and Zack Williams. Wentland said that he received several calls and text messages asking if the team was finished, or if he was off of the team. The team isn’t finished, but the reality of the situation is that Wentland will be the only rider underneath the RSR banner after Millville and for the remainder of the 2015 season.

Regardless of the off-track decisions, Wentland went out in the first moto at RedBud and finished in thirteenth place, a career high for the 21-year-old from Elk River, Minnesota.

“I got off to a good start in the first moto, and I was right inside of the top ten. I was shuffled around a bit but was able to stay right up in the top fifteen. I just stayed there for the rest of the race,” Wentland said.

Wentland had another consistent ride in the second moto, ending up sixteenth. After a disappointing round at a muddy Budds Creek the weekend before, Wentland finished a season-high fifteenth overall in the 450 Class on America’s birthday.

Wentland is no stranger to doing well at RedBud. He said the track reminds him a lot of riding back home at Spring Creek, so he feels very comfortable. He had his previous best finish at RedBud in 2013 when he finished fifteenth in the 250 Class.

Last season, Wentland gave the Canadian Nationals a try, and he finished fourth overall in the MX2 class with two overall podiums. Instead of returning to the 250 Class this summer Wentland decided to race a 450 since he feels it suits him better.

“I’m a bit of a bigger guy and I weigh about 170 pounds, so it definitely fits me better, especially on the start,” Wentland said. “I always struggle with starts on a 250.”

Being comfortable on the bike is one thing, but Wentland knows that he’s doing better this summer because of several elements. He attributes a lot of his success to his trainer Dylan Turner, who he lives with full time in Florida.

“I’ve stayed at Club MX and worked with Jeannie Carmichael in the past. That was nothing like what I’m doing with Dylan,” Wentland said. “Obviously, his program is working and I’m seeing that in the results.”

Turner was the trainer in Jeremy Martin’s corner when he won the 250 Lucas Oil Pro Motocross Championship last summer. He’s also based out of Savannah, Florida, which gives Wentland easy access to several tracks close by, including the Millsaps Training Facility, Georgia Practice Facility, and Zach Bell’s private track.

In the sport of motocross, riders have one option: work hard. It’s required for good results. Wentland is well mannered and usually keeps to himself at the races. He likes his riding to do the talking for him. He said that no matter what happened this season all that he wanted to see out of himself was improvement every weekend.

After RedBud, it’s clear the improvements are coming, so now Wentland says that his goals have changed for the rest of the summer. He’s hoping to run inside of the top ten starting next weekend. With his best finish of the season under his belt, he heads to his home track at Spring Creek after the off-weekend.

“I think I can do pretty well at Millville. I know the track pretty well, and I’m going to do press day on Thursday,” Wentland said. “It should be fun racing in front of the hometown crowd again and I get to see all of my family.”

Millville will play host to a lot of hometown heroes, possibly the most in Minnesota motocross history. Jeremy and Alex Martin can sleep in their beds and then go out to track walk. Ryan Dungey is going to have the crowd on his side as well as Williams, Gannon Audette, Mitchell Oldenburg, and Wentland.

“I don’t know what it is, but a lot of Minnesota guys are killing it,” Wentland said. “I only dreamt about this, and I never thought that I would be where I am today.”

Wentland will finish the season with his mechanic Sean Robertson driving to each round under the RSR/Star Cycle awning. Expect him to have a lot of fans cheering for him next weekend.