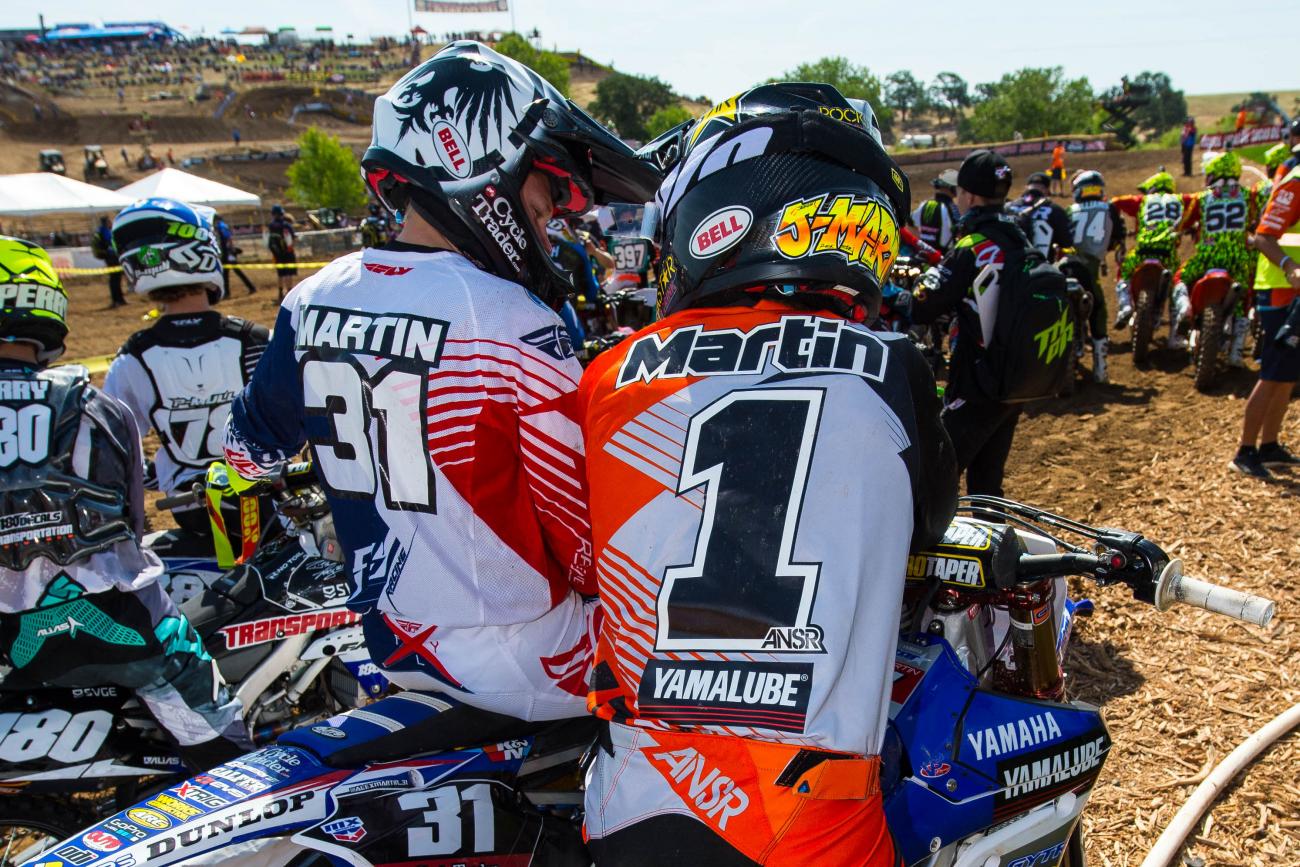 Motocross has seen a lot of brothers come and go. The Jones brothers were a combined force in the early 1970s (and three-time champ Gary Jones’ son Justin, primarily an off-roader, qualified for his first AMA Motocross National at Glen Helen. He finished twenty-eighth in 450MX). The Grossi brothers—Bob and Bill—are the only two to have each won pro nationals. Tyson and Tallon Vohland each won 125 SX races and even shared a podium once with Jeremy McGrath as the man in the middle. Sebastien and Christophe Pourcel swept a Grand Prix once, each winning their class. And the Stewarts and Alessis need no introduction, though no members of either family were racing at Glen Helen this weekend.

However, the two brothers that were racing together did quite well, though neither made the overall podium. By the time either 250 moto got going up into those magnificent hills of Glen Helen, #1 Jeremy Martin was already dead last. His bike barely started for the first moto—his Yamalube/Star Racing mechanic Pedro and the rest of the men in blue deserve their own trophy for sorting the problem out before it became a DNF—and then he crashed in the second turn of the second moto. Only by passing nearly seventy riders between the two motos did Martin salvage his day.

There was another Martin, one that’s showing up more and more at the front of the 250 pack. Alex Martin had his own troubles in the first moto, but the second time out he rode his best moto ever, finishing second and running at the sharp-end of the pack for the first time since Southwick in 2011. Two brothers are now in the top three of the Lucas Oil Pro Motocross Championship—Jeremy is second and Cycle Trader/Rock River Yamaha’s Alex is third.

Lost in all of this brotherly love is the fact that the man who did win this race in very impressive form—Red Bull KTM’s Marvin Musquin—also has a brother. His brother Mickael, who lives back home in France, is very fast, though not the world-class rider Marvin is—he still races the French SX and some international circuits. Like Alex Martin, Mickael is the oldest at 30, and both surely cheer their younger brother on, proudly louder than anyone (with the exception of Marvin’s wife Mathilde!)

What’s the point? The 250 Class is being led by brothers, one of whom is here on his own on the other side of the world, with the others right behind him in the point standings as the championship leaves California.