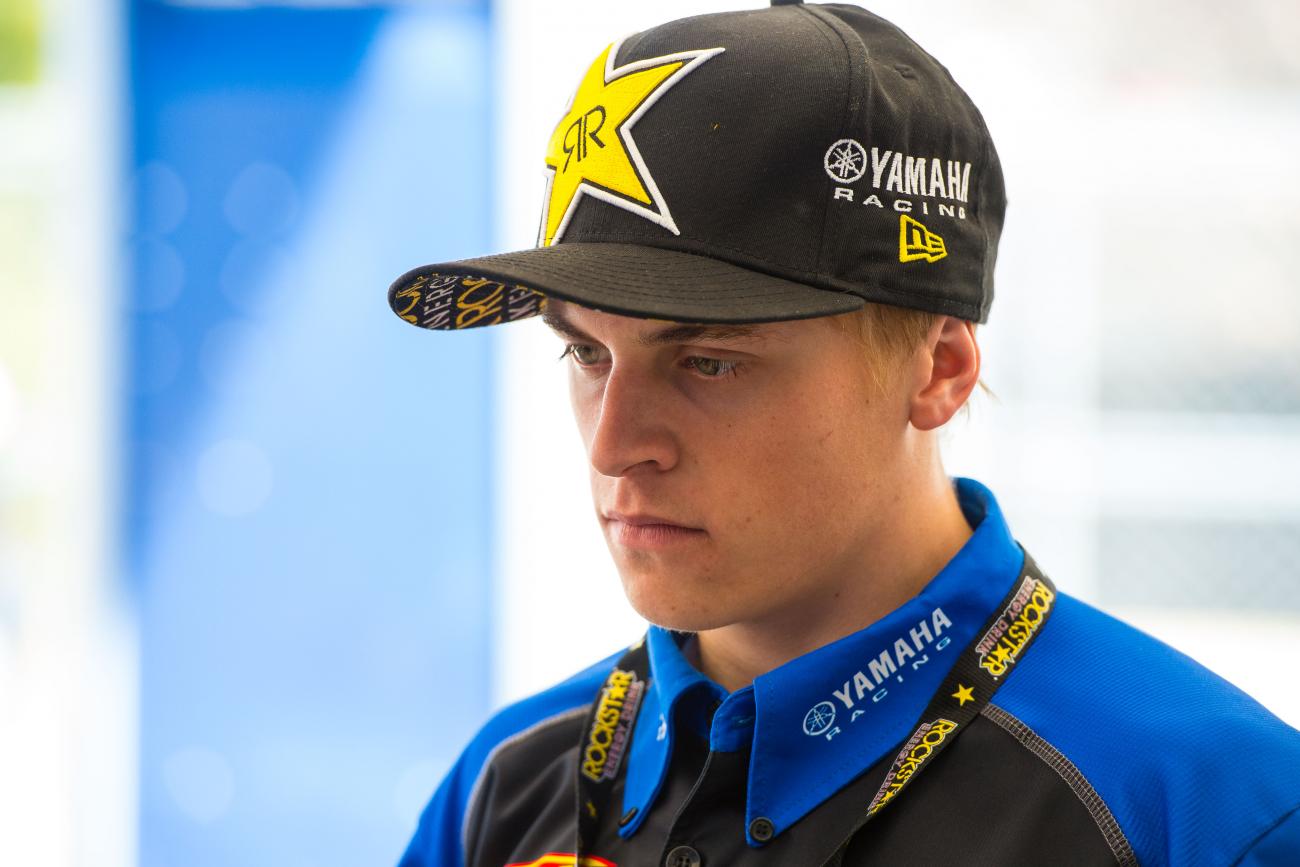 It’s not very often that a team wins both classes in one night, but you’d never know it by the way the way Red Bull KTM is handling business these days. In fact, with their third double down in four races last week in Daytona, this subject is starting to get downright repetitive! You know there are plenty of racers who’d like to break up the winning duo of Ryan Dungey and Marvin Musquin—let’s see if they’re able to do it in Indianapolis. –Aaron Hansel

Unfortunately we’re not talking about the fun summer activity that goes well with a gaggle of Monster Girls and umbrella-sporting beverages. We’re talking about Chad Reed going down while holding good position for the second week in a row. Reed is known more for a precise riding style and costing anyone who bets against him a lot of money. He is not known for making those kinds of mistakes, so it’s surprising to see it happen back-to-back weeks. Don’t expect it to happen again tomorrow night. –Hansel

Blake Baggett just continues to impress, doesn’t he? He’s really been a nice surprise to the season, and judging by his first 450SX podium at Daytona last week, he’s not showing any signs of slowing down either. It really shouldn’t be a huge shocker though—he’s a former national champion, and if there was any track that would suit his skillset it’s Daytona. Now that he knows what it’s like to be on the box, let’s see if he goes back-to-back in Indianapolis. –Hansel

Last week in this column, Chase Stallo named Cole Seely as a rider to watch in Daytona. Adjusting to the longer 450SX season is a grind, and after Seely finished outside the top ten in the second Atlanta round, he was either going to have another flat night or charge out of the gate hard in Daytona. Seely did the latter, and despite going down while attempting to pass eventual race-winner Ryan Dungey, he remounted and charged back up to fourth. It was an excellent night for Seely, who afterward told Racer X reporter Jason Weigandt that he was going for the win. He’s already comfortable at Indy, grabbing a podium there last year in a 450 guest ride. Expect him to be going for it again tomorrow night. –Hansel

A look at the results would suggest that Eli Tomac’s recent struggles may be a thing of the past—the GEICO Honda rider took the runner-up spot with style for the second week in a row after struggling with crashes for several rounds. If he gets a good start in Indianapolis you can expect him to be up there battling for his second career 450SX win. –Hansel

Jeremy Martin was considered the favorite to win at the outdoorsy Daytona track last weekend. And Jeremy was fast. Like, set the fastest time in 250SX, fast. But key mistakes down the stretch cost him a shot at second. “It was all me. I saw him [Justin Bogle]. I was starting to reel him in,” he told Steve Matthes following the race. “I was feeling good and then made a few mistakes. Made a few changes and then I just threw it away.” In a shortened series (just eight rounds), those points could prove pivotal down the stretch. Martin needs a win draw closer to Musquin this weekend. –Chase Stallo

"I knew I was better than the positions I was finishing. I got some days of riding in this week and it showed,” stated RJ Hampshire following a career high fifth at Daytona. Hampshire is familiar with the sacred Speedway grounds. He raced there as an amateur (Ricky Carmichael Daytona Amateur Supercross) and lives close to the facility. Injuries hampered the AMA Horizon Award winner early in the year, but his health finally seems to be coming around. “I felt way better on the bike. I feel like I'm still lacking a little bit of speed that I can definitely find, but it's a step in the right direction.” Can he carry over his best finish of the season to Indy? –Stallo

Weston Peick’s fitness is beginning to come around. Following a foot injury, Weston was off the bike for four to five weeks. Furthermore, he wasn’t able to train in the gym much either. Since tearing his MCL in Dallas, Peick has been a steady presence up front. His fitness hasn’t allowed him to stay there, though. “I feel like within the next two weeks… The next two weeks I’m on the bike back at home and at the race days, I think I should be able to stay up there and finish on the podium,” he told me after Daytona. Let’s see what Peick can do with some time on the bike during the week. –Stallo

“I just can't find myself. It's frustrating—that's all I can say,” said Martin Davalos in a team statement after Daytona. A year after winning two races, Davalos has struggled in his return from a devastating leg injury last year. Through four rounds, Davalos has yet to reach the podium and doesn’t look like the Davalos we saw a year ago. Let’s see if he can bounce back this weekend. –Stallo

Amazing that Ryan Dungey has never won more than two-straight races in the big class of Monster Energy Supercross. Not even in his championship year, not even during a late surge in 2012, when Ryan Villopoto was already out with a torn ACL. Not on a Suzuki, not on a KTM. He’s never won three straight. Until tomorrow? – Jason Weigandt