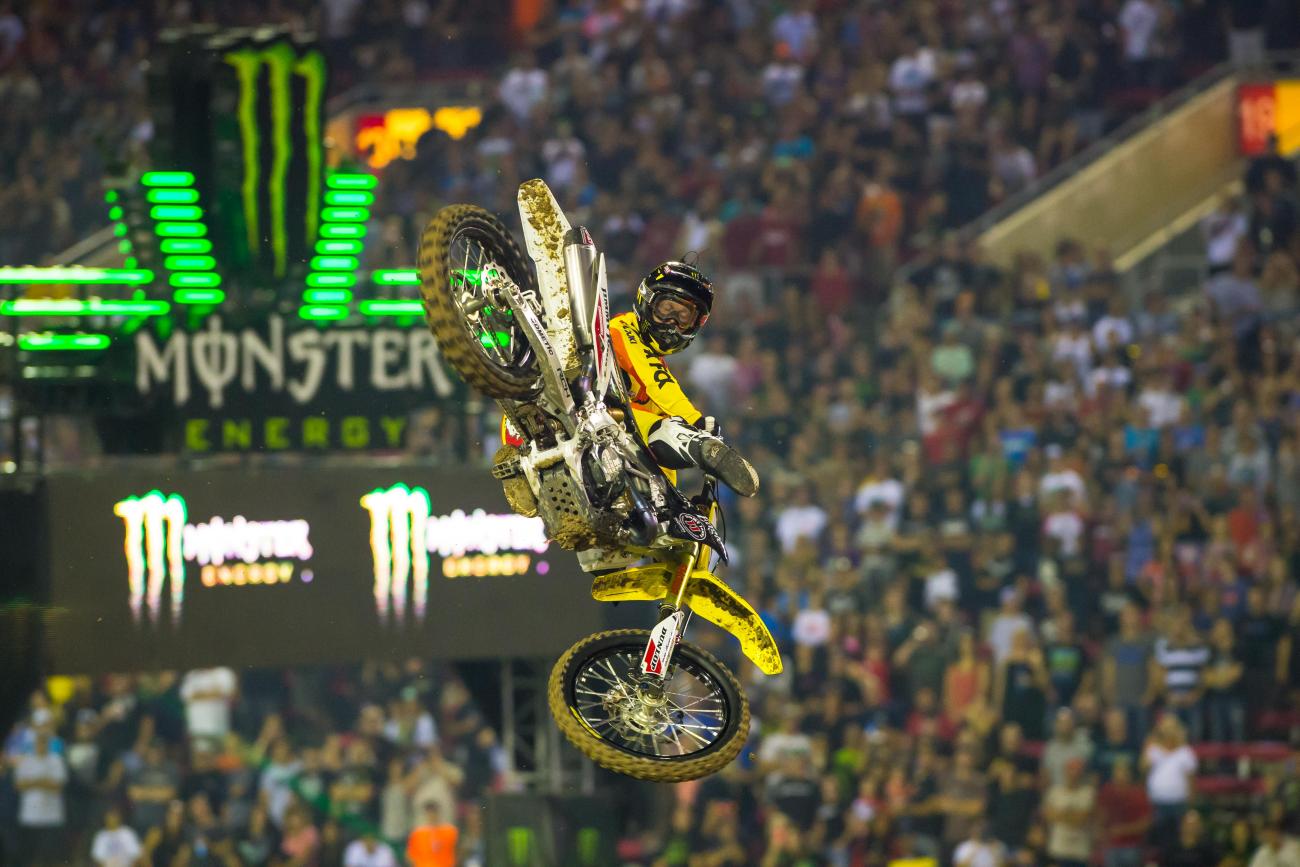 Hello, everyone, and welcome to the Rev Up. As I glance over the calendar I see that only one more Thursday remains in 2014. Next Thursday is Christmas, and the following will be New Year’s Day, so this weekend holds the last couple of productive days of 2014 before everything starts fresh. This time of year always gets me in a reflective mood, and I find myself thinking about the days, weeks, and months that made up the 365 sunrises. It’s funny how the world works and how we are set on a timeline. Seasons (both in sports and the weather) come and go, but in life we are all part of a long game of perseverance to be the best we can for twelve months. It really isn’t “just another date on the calendar.” Rather, it is the time the referee blows the whistle on the game and we start over. I don’t believe in a clean slate because the fruits of your previous year (good or bad) shape each new one to come. The past is irrefutable, but absolutely nothing stands in the way of starting fresh and pressing forward. With this in mind I am sharing the stories of a couple people who have persevered through hard times and are coming into 2015 with a ton of promise. Earlier this morning I caught up with Ricky Carmichael and Wil Hahn to discuss their respective years and what the future holds.

Nothing ever came easy to Ricky Carmichael in his pro career. He crashed his way out of the 1997 125 East Coast Supercross Championship but returned to win every round in 1998. His rookie premier-class season in 1999 was similar, with crash and probable embarrassment, but two years later he would win thirteen main events and the title. Carmichael injured his knee and missed the 2004 supercross season, then came back to execute the first ever perfect season in the outdoor nationals. Since retiring, Carmichael has entered the next facet of his racing endeavors by becoming an owner of RCH Racing, which hasn’t yet won a main event in three years of competition.

I asked “The GOAT” what this time a year used to be like for him, and he replied, “In the last couple weeks leading up to the season opener I was basically just maintaining. You know, just tightening things up and polishing the rough edges.” It’s hard to imagine, but it has already been eight years since Ricky has retired. However, it can be argued that he is perhaps busier today than he was in the prime of his career. Today he is a family man with two kids, is a part-owner of RCH, performs his duties in the Fox Sports 1 broadcast booth, and has his motocross schools. Come January 1, 2015, Ricky Carmichael has a lot going on.

He continued, “It’s always a little nerve-wracking for me in the broadcast booth because I’m thinking about my team and my riders. With a new sponsor coming on board with Jimmy John’s, plus having Ken Roczen join the team, it’s just going to be an exciting season. It’s already been three years together with Carey [Hart], and when we started the program we both had the same vision of someday having the opportunity we do now.”

Ricky’s perseverance as a racer made him the best. In 2015 that same steadfast work ethic could land him the rare distinction of being a champion as a racer and a team owner. It’s kind of ironic that, in a roundabout way, he is currently in yet another battle with Chad Reed to see who can accomplish this feat first.

When asked similar questions, Wil Hahn likewise said, “I’m using these last few days to just maintain. I started hard with supercross back in October. Then November is basically a month long boot camp for me. December is always a quick month with the holidays; by now you better have your program finished and set.”

Hahn added, “It’s funny, though—I’ve actually feel like I’m still earning gains down the stretch. When I go out to ride I don’t feel sore from the gym anymore, and I can be more aggressive on the bike, which I feel makes me faster.”

It’s been a long, strange year for Wil. He started 2014 on a GEICO Honda CRF450R in his rookie 450SX Class campaign and will finish the year on a Monster Energy Kawasaki KXF450F.

“Things were going great in supercross,” said Hahn about the start of his year. “I had a couple fourths and some top tens, and was beginning to put down some of the faster qualifier times. Then some bad news arrived the week before St. Louis when GEICO Honda told me they wouldn’t be renewing my contract at the end of the year. I kept my head up and was riding faster than I ever felt in my career at the race; then I got hurt. I felt kind of helpless at that point because I couldn’t prove myself sitting on the couch injured. However, the phone started ringing and I was actually surprised. A couple of situations popped up, and before I knew it my Kawasaki deal was coming together. I couldn’t be happier and more excited about the season to come.”

Again, this time a year always gets to me. While it seems to fly by, a lot can happen over the course of twelve months. Everyone faces lows and highs, but it’s how you deal with the lows that makes you successful. There’s nothing more powerful than a positive attitude. A light switch went off in my head about halfway through the year, when I was dealing with my own lows, and from the exact moment, positive results arrived. Positivity breeds positivity. Although it’s something so simple to understand, it’s difficult to harness.

I wanted to share these inspirational stories of perseverance. Ricky Carmichael and Wil Hahn are in different stages in their careers, but they have both gone through hard times and persevered. Carmichael’s racing days are long gone, but his hard work and determination continue to serve him well as a team owner. And Wil Hahn is coming into 2015 on a factory Kawasaki. There are a lot of things that help racers have a lengthy career, and the reason that phone was ringing while Hahn was laid up on his couch was because of his positive, never-give-up attitude. These two stories inspired me, and I hope they have the same effect on you.