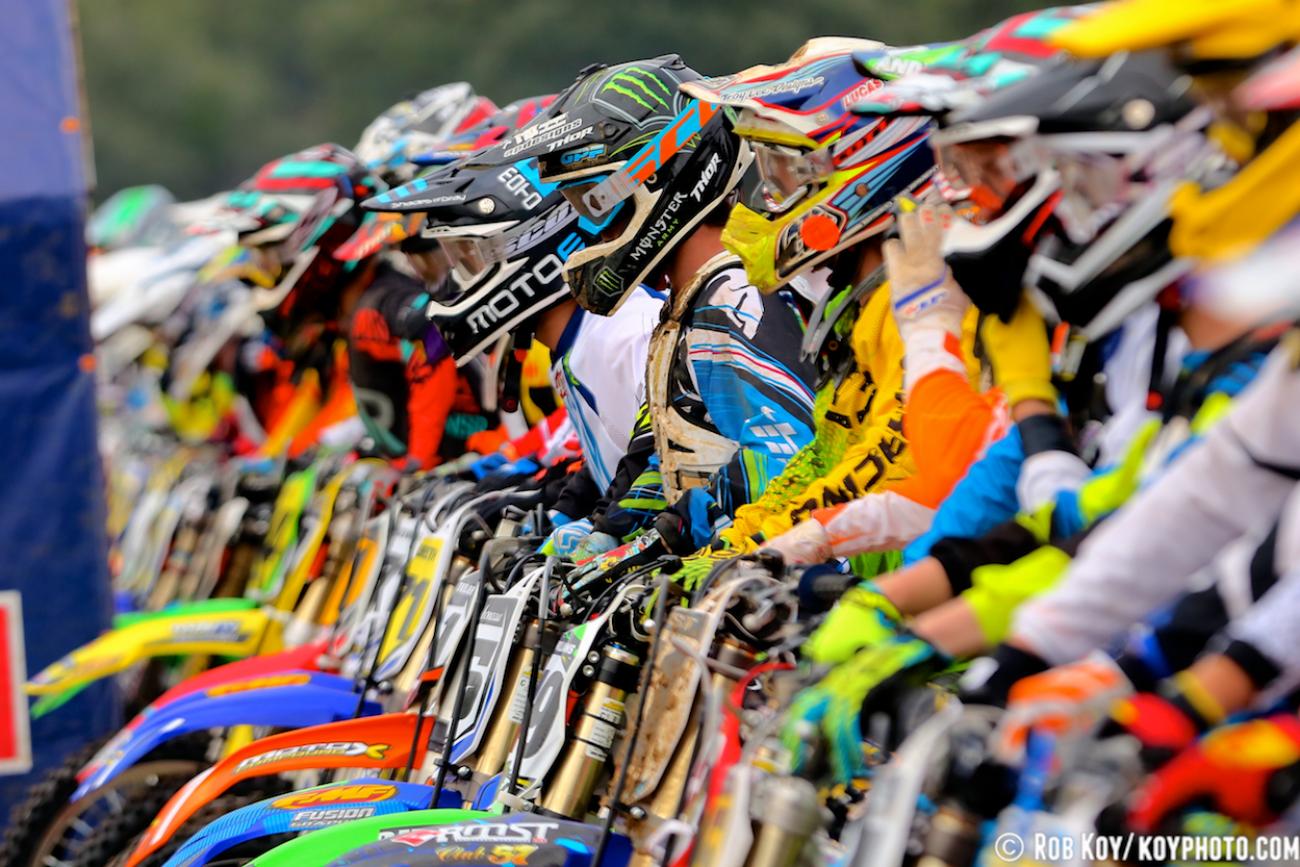 Hello, everyone, and welcome to the Rev Up. It’s that time of year again! A 43-year-old motocross family tradition kicks off next week with the 2014 Thor Winter Olympics at Gatorback Cycle Park in Gainesville, Florida. As one of the biggest and most important amateur motocross events of the year, the always-special midweek Thanksgiving feast brings families from all across the country together. The Thor-sponsored feast is a very cool occurrence, as hundreds of fierce competitors take a break from banging bars to just be normal kids and sit down together to celebrate the holiday.

The Mini Os have changed a lot since the event’s inception some forty years ago. Back in the day, the week was divided into four separate Olympic-style genres, with motocross TT (kinda like a flat-track-type deal) kicking things off, then supercross, followed by motocross, and finally a gnarly Grand Prix-style contest. That was the way it was when I first raced the event back in 1987, and it was really fun, although the event has grown so much that it was necessary to streamline the week’s racing into simply supercross and motocross.

One of the most prestigious amateur contests of the year, the event is the old stomping grounds of legendary racers like Damon Bradshaw, Ezra Lusk, and Ricky Carmichael. The Mini Os continue to produce the stars of tomorrow as they vie for coveted awards like the Fox Bronze Boot, Dunlop Silver Tire, Scott Golden Goggles, and Pro Circuit Platinum Pipe. Click here for the event website and complete criteria for taking home one of these awesome trophies.

The Mini Os are also unique because they take place at the end of November. This is the first chance for most of the riders to compete on their new-year machines, and many of them will be racing new bike sizes and classes for the first time. For instance, Loretta Lynn’s marked the last minicycle race for riders like Team Green’s Austin Forkner, who had only had a couple months (and maybe a couple races) aboard a 250F before he his major big-bike debut (he was scheduled to race a 250F at the Monster Energy Cup, but an injury forced him out). For others like Maryland’s Alexander Frye, next week will mark a move to the A class for the first time on a national scale. Both of the aforementioned up-and-coming talents have spent time preparing at Ricky Carmichael’s Farm.

That said, a good portion of the nation’s amateur contingent has migrated south into the Florida and Georgia regions during the past couple weeks in search of warm weather to break down their new 2015 bikes. Last week I wrote about being able to ride with Florida racers Dylan Greer and new Team Green recruit Jordan Bailey, and I want to reiterate that they will be two racers to keep an eye on in the Schoolboy and B classes. Florida racers typically shine the brightest at the Mini Os!

The event is simply a great time for every family. Throughout the week there will be off-track activities like a pie-eating contest, kids’ arts and crafts, and very popular karaoke and dance contests. Back in the day, Gear Racewear sponsored what was called The Gong Show, and a 12-year-old Ricky Carmichael won by dancing to “Ice Ice Baby.” Yes, that really happened. It’s just a great week where lifelong motocross memories are formed.

As mentioned, the event has undergone a lot of changes, and perhaps most important is the coverage of the week’s racing. No longer do you have to wait for Motoworld or buy the event VHS tape to catch the week’s racing—in fact, RacerTV will be broadcasting the motos live for the second straight year! Look forward to outstanding live coverage as well as industry celebrity interviews. They did a great job last year, and the longstanding Racer X mantra is “Always do it better the next time.” It’s going to be a grand motocross spectacle with racers ages 6 to 60 all coming together to continue a tradition that is now forty-three years strong. I’ll be making the drive over next week and hope to put together a mid-event column, but until then make sure and stay tuned to RacerTV.

In closing, I want to wish all of the families safe travels and safe racing! Thanks for reading!