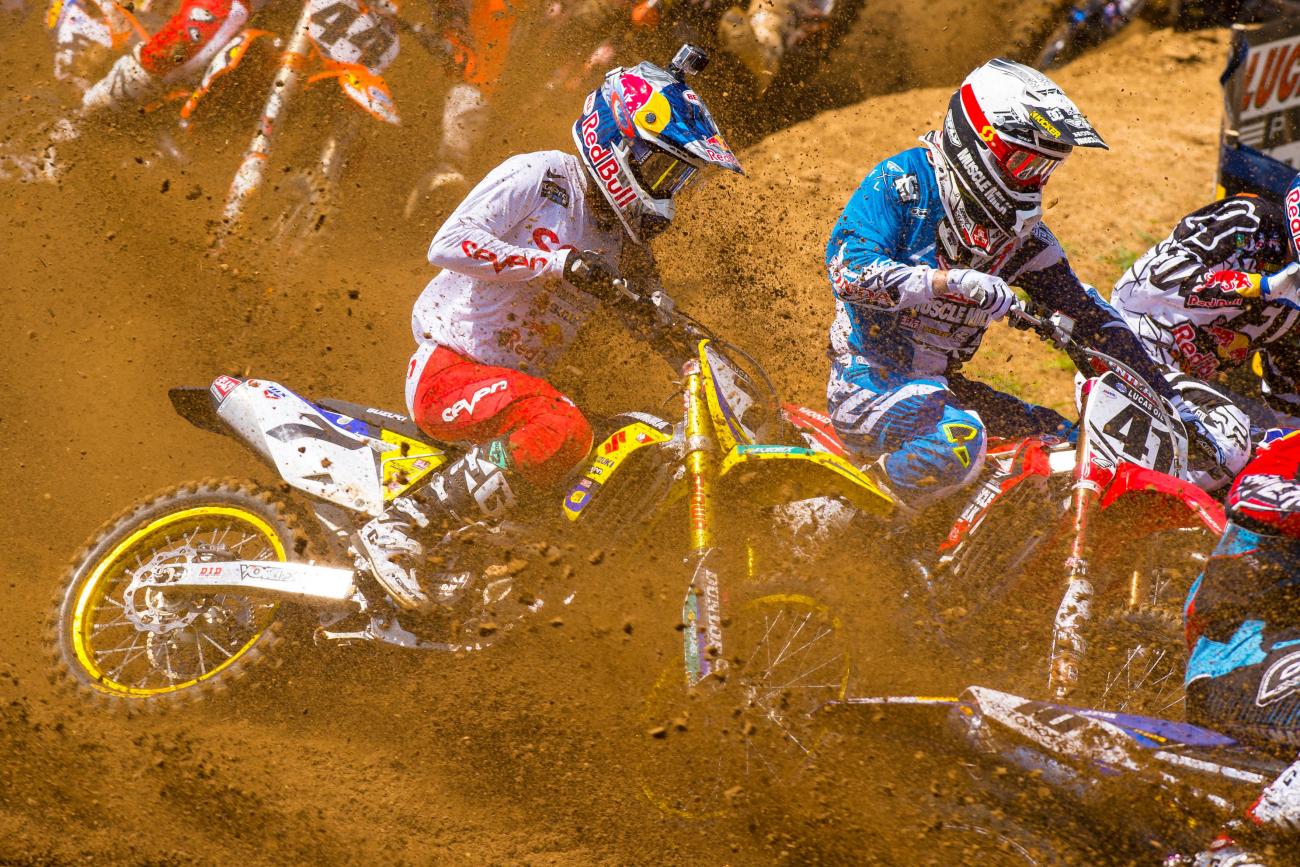 Josh Grant – Concussion
Comment: Grant crashed during qualifying at Washougal and hit his head. He missed Unadilla but will be back this weekend.

Wil Hahn - Cracked Skull, Broken Right Humerus, and Broken Collarbone
Comment: Hahn had a bad crash in supercross and will miss the rest of the season.

Davi Millsaps - Torn ACL, foot injury
Comment: Millsaps tore his ACL during the off-season at Milestone and had surgery in mid-December. He will make his return to racing in supercross.

Malcolm Stewart - Severe Dehydration
Comment: Scheduled to be back at Unadilla after sitting Washougal out due to severe dehydration, which took a toll on his kidney and liver function, Stewart ended up missing the weekend and will miss Indiana as well.

Broc Tickle - T7 Vertebra
Comment: Tickle injured his T7 vertebra during practice in Toronto and underwent surgery. He will miss the remaining rounds of the Lucas Oil Pro Motocross Championship.

Adam Cianciarulo – Injured Shoulder, Fractured Fibula
Comment: Cianciarulo underwent surgery to repair his left shoulder that popped out of joint twice in Toronto. He started riding a few weeks ago, but unfortunately he had a small crash and suffered a minor fracture in his fibula. Cianciarulo wasn’t planning on racing any races this summer, so the injury won’t affect his return to racing.

Martin Davalos – Leg /Ankle Injury
Comment: Davalos suffered a big crash while practicing during supercross. He recently underwent surgery and will miss the rest of the season.

Darryn Durham – Tibial Plateau Fracture
Comment: Durham crashed while practicing and was scheduled to come back at Unadilla. Unfortunately, he hit his head when he crashed during qualifying and sat the day out. He’s expected to be back at Indiana.

Justin Hill – Forearm
Comment: Hill has been dealing with forearm issues. At Spring Creek the pain was so intense he was unable to hold onto the bars. He will likely miss Indiana.

Michael Leib – Ankle
Comment: Leib suffered a broken fibula and numerous ligament tears in his right ankle after San Diego. He recently re-injured the ankle and wasn’t 100 percent coming into Glen Helen. He pulled out but is now back on the bike and hopes to race Utah.

Kyle Peters – Back Injury
Comment: Peters tore a muscle in his back during the second moto at Washougal. If his recovery goes well he plans on coming back for the Monster Energy Cup.

Anthony Rodriguez – Concussion
Comment: Rodriquez crashed in qualifying at Washougal and hit his head. He will miss the rest of the season.