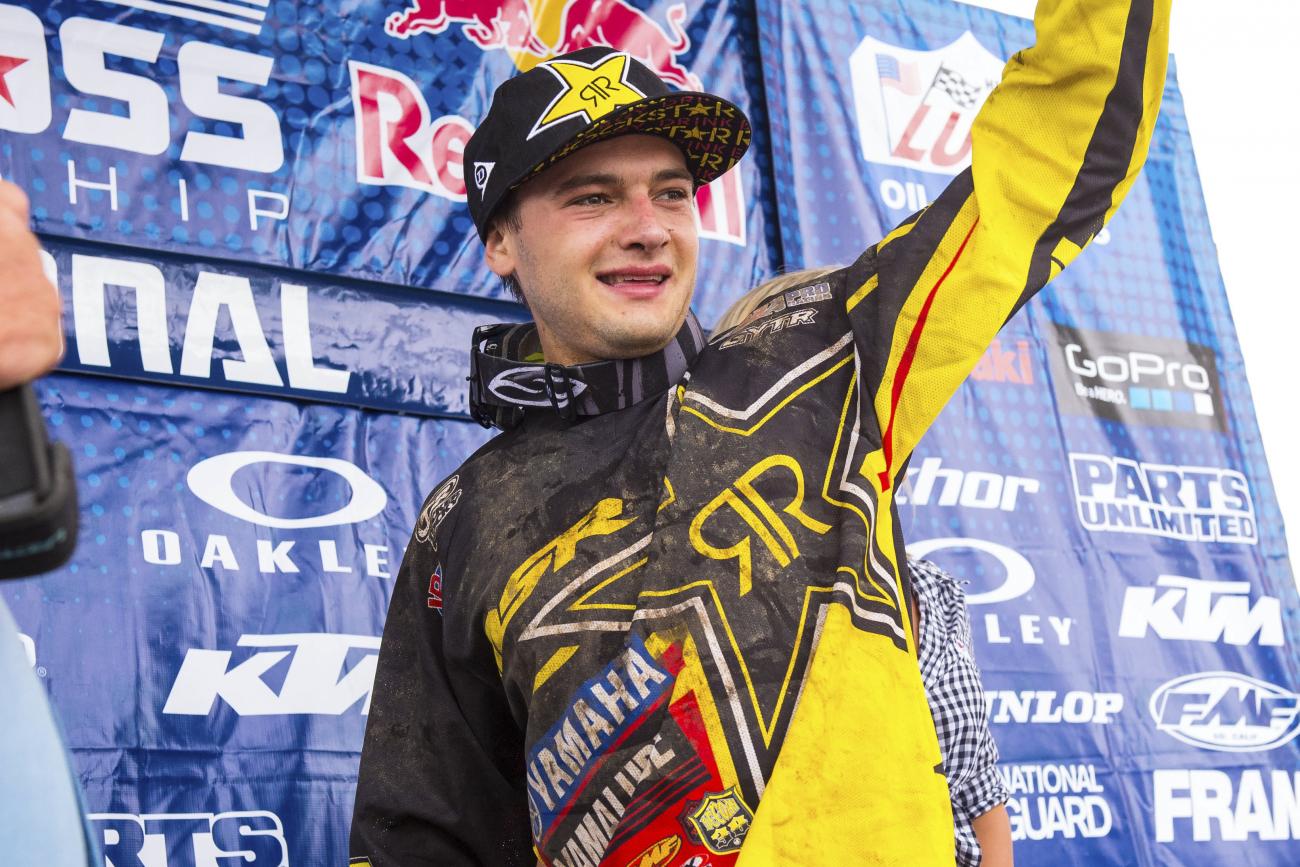 Yamalube/Star Racing’s Cooper Webb has gotten some backlash recently over comments made during his interviews, such as on TV with NBC Sports’ Georgia Lindsey, as well as in the media and on the podium. We’ve seen the opinions in social media, our comments section and on message boards. The North Carolina native, in just his second professional season, is one of a handful of young riders quickly becoming a star and the face of motocross, and has a refreshing approach. He’s already put together some memorable quotes this summer:

“Those French don’t want none.” – Said on the podium this weekend.

"I can't thank everybody that was out there cheering for me. They were all cool, cool as crap."  - To NBC Sports’ Georgia Lindsey about the Muddy Creek fans.

"There's no way I was going to let that joker by me again." - On his battle with Blake Baggett in moto two at Muddy Creek, also to Lindsey.

"I wouldn't take him out to dinner, but I'll shake his hand." – On his relationship with teammate Jeremy Martin, to Lindsey.

He’s been outspoken, and now, he must deal with the love/hate scrutiny that comes with it. But if you hate it, consider this: I thought we wanted more personality? I thought we wanted more flair? I thought … well, we do, until we get it. Then, all bets are off. Rider A says something we may disagree with? We burn him at the stake. Rider B says something about Rider A? We attack his credibility. His maturity.

We complain and harp on robot podium speeches. Riders need to “Quit just listing sponsors.” (Which there is nothing wrong with. Sponsors do pay the bills and actually often require the riders to throw the names out.) We want more personality, until they say something we don’t like. Then we go on the attack. The mob mentality of social media and comment sections is deplorable. “Oh, no, he said “Crap.” He must be a bad kid! He must be immature!”

Or, maybe, he just misspoke. Or got caught up in the moment. Or, you know, said something most people have said thousands of times. If that’s the worst mistake Cooper Webb will make in his career, it’s something I think we all can live with.

In the hypersensitive society we live in, riders are constantly placed under a microscope. Nothing they say or do will please everyone, and it’s something they must live with. Right now, though, we have a dynamic young crop of riders that aren’t afraid to speak their mind. That aren’t afraid to be different. That aren’t afraid … as of now. Once these young, charismatic riders transition to the 450 Class, salaries are heightened. Pressure is expanded. The spotlight is brighter and the criticism comes in stronger.

Will the fun go away, or will they still be the fun-loving, say-whatever-comes-to-mind bunch of kids we have now? Time will tell.

Until then, enjoy their spirit. Enjoy their competitiveness. Embrace them. Don’t chase them away.

We want the piss and vinegar attitude. We want rivalries. We want riders to say what they really mean. Until we get it. Then, we go straight for the jugular.

Hopefully the Webbs, the Bogles, the Cianciarulos, the Martins, the Roczens, and the Andersons (among others) of the world continue being themselves. It’s more fun that way.