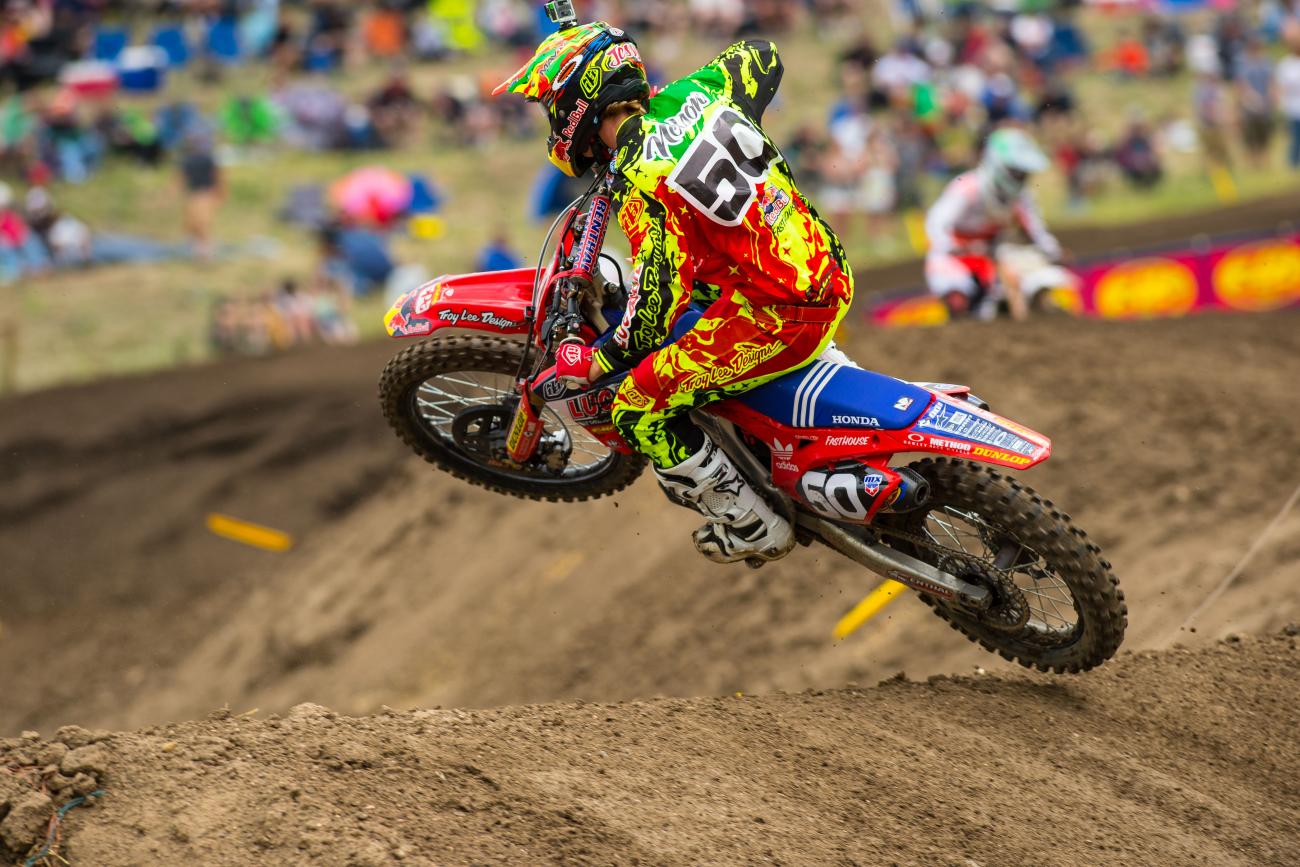 As the first 250 moto at the Toyota Thunder Valley National was playing out, the spectator next to me tapped my shoulder and asked, “I bet he wasn’t your pick to holeshot and check out, was he?” He was of course referring to TLD Lucas Oil Red Bull Honda’s Jessy Nelson, who was in the middle of putting together by far and away the best ride of his entire career. Even after the powerful duo of Jeremy Martin and Cooper Webb had moved into second and third, Nelson’s gap continued to grow.

The honest answer to my fellow spectator’s question was no, and it probably wouldn’t have been any different depending on who he asked. But why? A quick glance at Nelson’s history, which is void of any motocross wins or podiums (his best career overall prior to Thunder Valley, a fifth, came this year at Hangtown) provides the easy answer, but not the complete one.

Originally slated to join the pro ranks after Loretta Lynn’s in 2012, Nelson got the call nearly a whole season early after Cole Seely got hurt at the tail end of supercross. Since then, he’s dealt with a steady stream of injuries that haven’t allowed him to really show us what he can do. But now that he’s healthy, perhaps he will, in his own words after Thunder Valley, “open some eyes.”

“In the first moto I got the holeshot, which was awesome, the first time I’ve had a start inside the top ten or thirteen in the first two rounds,” Nelson said as he was going over his day in the TLD rig. “Bummer though in the race. I got out front and stretched out a pretty decent lead and ended up going down. Then I went off the track in a bad spot and couldn’t really get back on very soon and was off in the spectators’ area. I almost hit a guy on crutches, so sorry about that! I could see the fear in his eyes when I was coming through there, but I didn’t want to slow down. Martin and Webb had closed up because of all that stuff happening. I guess I was just riding a little tight—it’s been a while since I’ve been out front like that.”

It’s funny to think of someone with as much racing experience as Nelson losing his head and going crazy for a couple laps, but it can happen to even the most accomplished pros, and it’s exactly what happened to Nelson after his first mistake—an extended spinout that cost him about ten seconds.

“Honestly I was so in the moment right there I hardly remember what happened. I guess I kind of got on it hard and was already facing the other way so I turned around and kind of fell over again! It was one of those things where I was in full panic mode. I kept telling myself to be smart and smooth, then that happened and I went into panic mode for a few seconds. I still had the lead and I told myself I needed to sprint, and that’s where I started making mistakes so I should have just kept doing what I was doing.”

A terrible start in the second moto would cause Nelson’s shot at the overall to evaporate faster than spilled race gas on a hot day, but he was still able to charge up to ninth to take fourth overall, a career best. Later, when asked how he felt about his day, he wasn’t quite sure.

“I don’t know how I feel about it. I’m mad because I know I had it locked, but at the same time I’m happy that I got my first podium with a second. Still, if I’d have won it would have been really cool and it would have given TLD their first outdoor moto win. That would have been awesome. But it’s a long series, and we’ve got a lot more chances.”

Nine more chances, to be exact, with the next one coming in just a few days at the UPMC Sports Medicine High Point National in Pennsylvania. For better or worse, Nelson’s first moto performance at Thunder Valley has put him more on the radar now than ever before. Let’s see how he responds.