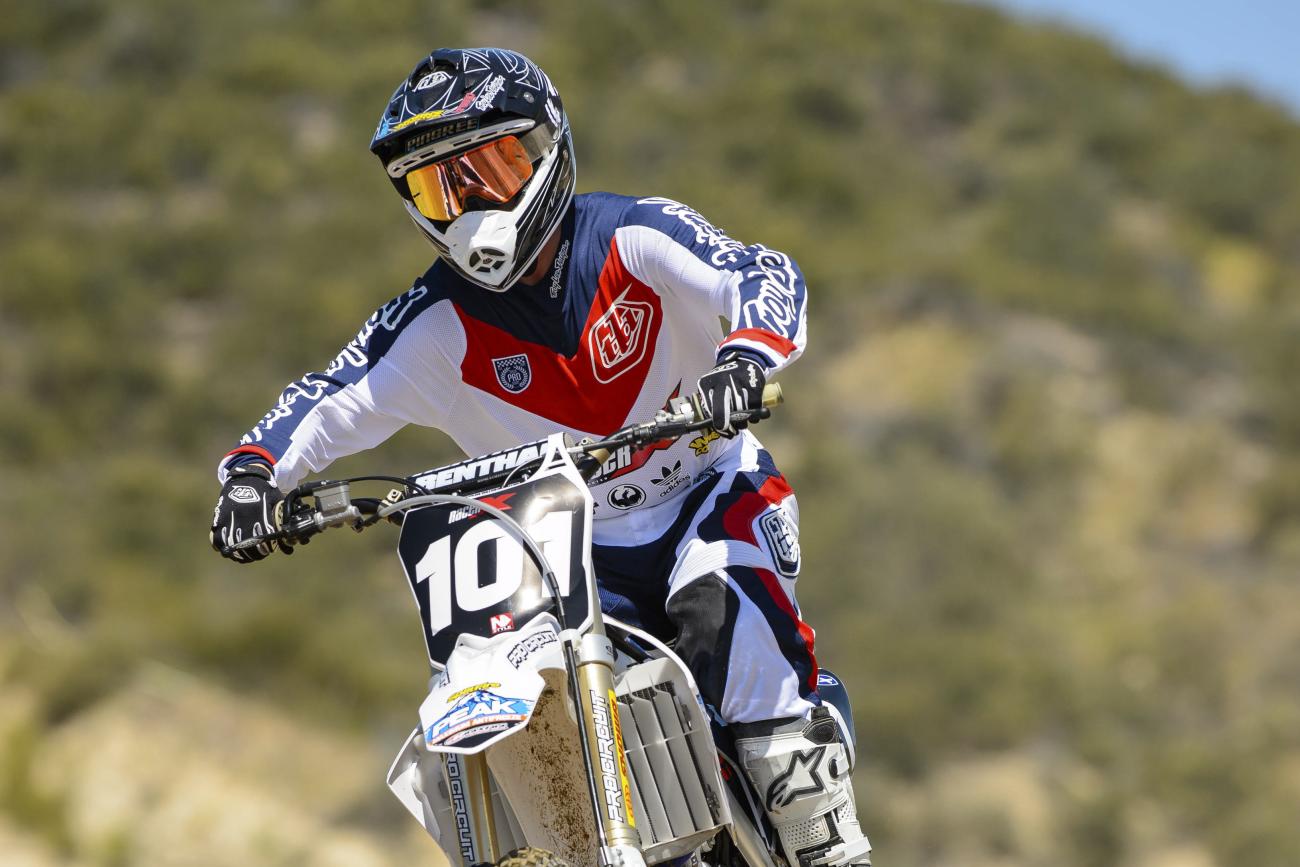 I consider you Mr. Fashion in the MX industry.  Mind you that I live in the midwest, so that isn't saying much.  The west coast is infamous for starting trends that spread like wildfire across the country.  I recall you dabbling in the most fluorescent gear, bleached hair, feathery mullet, black socks, dickies shorts, flat bill hats, and lower back tats..ugh..cough..I mean sleeves and neck tats, bro!   I can remember when I was just old enough to drive around our "less congested" roads with my dirtbike in the back of my truck (metal mulisha sticker) claiming away like I was the greatest thing on two wheels.  Those fine days have been traded in for car seats and #1 dad stickers.  I still follow racing, but I'm having a tough time adjusting to the latest trends and fashions.  My question for you, the Joan Rivers of Mx fashion, is, since when did guys start tucking their ears into their hats?

Sincerely,
Warren (Have you seen my baseball?)
Des Moines, Iowa  aka God's Country

Kids are stupid; let's just get that out there right now. That includes me, you and any other teenager out there thinking they know everything. The older you get the more you realize what a clueless piece of crap you were as a kid. I don't say that to excuse the mullet I had in 1990 or the JoJo for your BoBo pants I wore to the races around the same time, but to hopefully give everyone some perspective as we blast the trends of today's youth. Let's start with ear tucking: This has been going on for, like, a decade now so welcome to the party, Warren. I think 50 Cent or some other idiotic MTV star got a hat that was too big and stuffed his ears into it on a video. Within days every flat-billed bro in the sport and across the country did their best impersonation. This abomination is just one of many things that disgust us about kids these days. And then we get angry for them making us say things that make US sound old like, "kids these days." This hat trend will pass, as will the other things that are like fingernails down a chalkboard for me. Referring to a song as a "Chune," skinny jeans and an endless stream of selfies on their social media sites are among the heavy hitters. I'm trying to get myself to a place where I just shake my head and say "silly kids" in my inner monologue when I bump into one of these kids. I'm not there yet. Just last week I saw a high schooler pull into Starbucks in a lowered '98 Honda civic with a racing exhaust. He stepped out in pants that would have been too snug on my 8 year-old daughter with a freshly-pierced lip ring and knuckle tats that spelled something ridiculous out phonetically. I wasn't going to say anything when he walked in but then he made a duck face and took a selflie and I lost it. I rolled my eyes so hard the barista handing me my coffee thought I was about to have a seizure. I grabbed a stack of Joni Mitchell and John Coltrane CD's by the cash register and started firing them at him like Chinese throwing stars and then dumped my scalding hot coffee on him and ran out. So, you know, I realize I have a problem and I'm working on it.

Nice job on the #1 dad sticker. I like that.

I know that you have been snubbed for getting too serious in your column and you seem to have corrected your ways. However, I have a question that I would love hearing something useful in response to, and I bet a good many other every day Joe Shmoe riders like me as well. I just came back after a 3 year hiatus, injury induced, and find myself missing about a second on the lap time of my former riding buddy who stayed with it all along. Now how can one shave one’s lap times most effectively, in other words, what do you think gives me the best bang for the buck when it comes to cutting down times on the track? Here is guessing that it is not on the gas or by ordering a $1300.00 exhaust system. Come on help the average rider to quit some commonly made mistakes and gain some bragging rights!

I'm not sure what angle to take here. One the one hand I'm not supposed to be too serious so I should tell you to stop being such a little bitch and twist the throttle. In that scenario I would mention something about your reproductive anatomy consisting of girl parts and then make a jab about you being an out-of-shape turd with three years of sausage lovers pizza and Miller Lite stored around your mid-section. That's one angle. Or I could pander to the no-nonsense crowd out there and tell you to practice your turns. Try staying off your clutch once you enter a corner and use the throttle to apply the power. One of the worst habits that I see is overuse of the clutch in turns. There is enough torque in a modern bike to simply use the throttle. You'll be smoother, faster and you'll use less energy. I could tell you that. But the bottom line is that whichever direction I go somebody is going to be upset about it and make a snarky jab in the comments section down below. I can't win. Good luck, Oliver, and remember that momentum is your friend through the corners. And don't crash and hurt your ovaries, you big lady.

I need some help and you were the only guy I thought might have some good [or really terrible] advice. I'm recently married and my wife and I just bought our first house. Things are great except we can't agree on how we should decorate. I'm not talking curtains and vase's here, don't misunderstand me, but my wife doesn't appreciate my framed jerseys and pictures of my racing heroes. I just assumed they would go up on the walls like they were in my bachelor pad. I know marriage is all about compromise but, come on, she won't let me put up my signed Kevin Windham poster!

sincerely,
What have I done?
Chattanooga, TN

Your wife is right. I suggest getting that tattooed across your chest backwards so you see it every morning in the mirror if you want a long, happy marriage. She may not be right and you may know for a fact she isn't. That isn't the point. Do you want to be right or do you want to be happy? This is the question you'll have to ask yourself a lot over the years. That said, I'd like to let her know that she is missing a fantastic opportunity to get some man-decor in her new home. Motocross photos and jerseys are more for your man-cave but I'm talking about the rest of the house here. I'll let the images above speak for themselves. Good luck, pal.