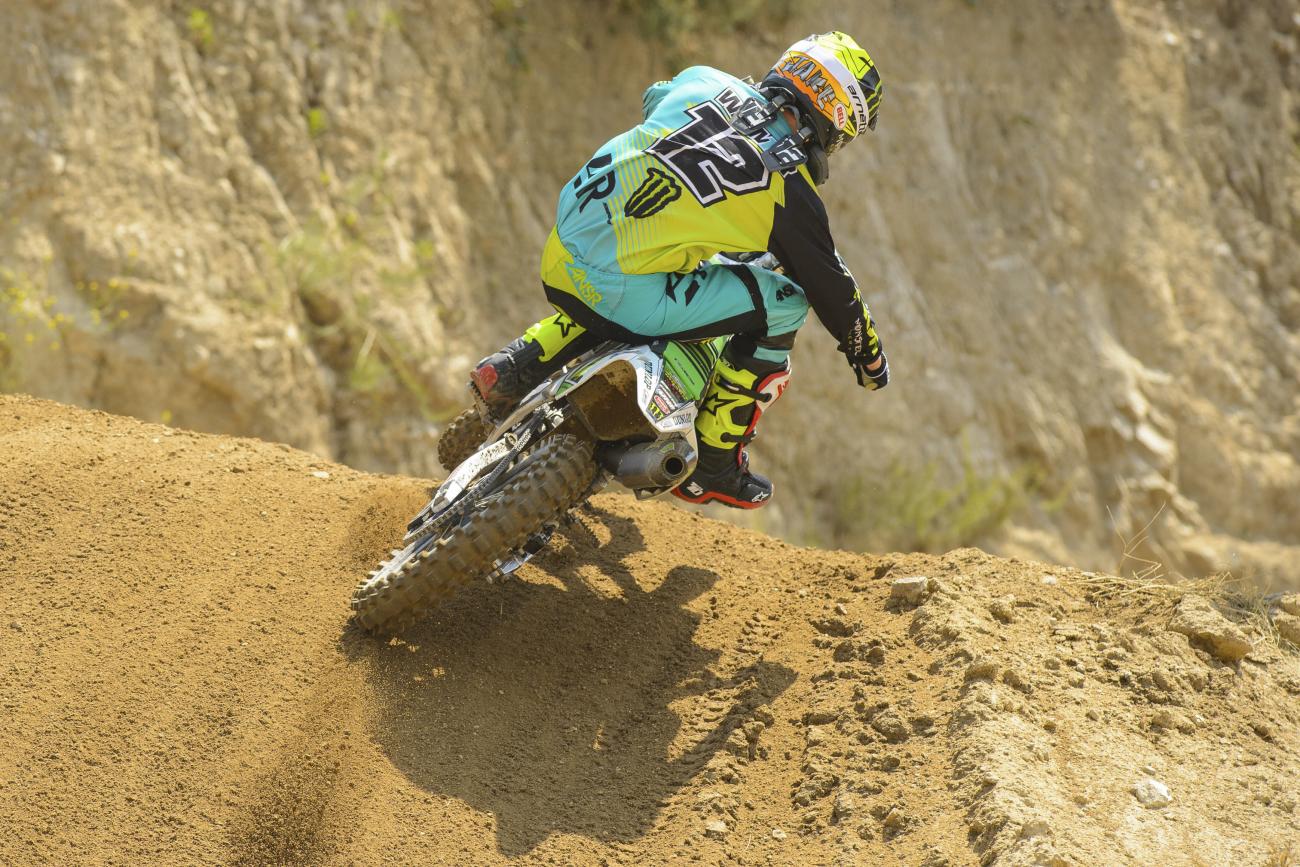 Injuries and team switches are common as we transition from Monster Energy Supercross to Lucas Oil Pro Motocross. Use this spotter’s guide this weekend so you know how to bench race with the best of them.

NOTES: Ken Roczen will make his 450MX debut at the season opener at Glen Helen. Paired with Roczen will be 2010 and 2012 450 Lucas Oil Pro Motocross Champion Ryan Dungey.

Davi Millsaps (Missed all of Lucas Oil Pro Motocross in 2013)

NOTES: Rockstar Energy Racing will get a boost with the return of Davi Millsaps after he missed all of Monster Energy Supercross with a torn ACL. Davi talked with Racer X’s Steve Matthes about his return.

NOTES: Matt Goerke will miss a portion of the season due to a broken elbow suffered in supercross. He just started riding this week and is expected back for either the Thunder Valley or High Point round.

NOTES: Reed will return to action at the season opener after a shoulder injury sidelined him during supercross.

NOTES: Wil Hahn hopes to be back for the last three rounds after suffering a cracked skull, broken right humerus and broken collarbone in supercross. Eli Tomac injured his shoulder during testing and is expected to be out for a few rounds—he will return no later than the Tennessee National.

NOTES: Malcolm Stewart will move to the 450 after contesting 250SX West Region in Monster Energy Supercross.

NOTES: RCH Suzuki will see major changes heading into Lucas Oil Pro Motocross. Weston Peick will replace Josh Hill—who is headed to Canada to ride for Leading Edge Kawasaki. Veteran Ivan Tedesco, who rode for Rockstar KTM in supercross, will fill-in for the injured Broc Tickle. There is no timetable on Tickle’s return.

NOTES: Phil Nicoletti, who signed with the team for six races (three in Monster Energy Supercross and three in Lucas Oil Pro Motocross), will race the first three Nationals and will also fill-in if Justin Brayton or Josh Grant suffers an injury during the season. By the way, Brayton is still recovering from knee and foot injuries suffered in supercross. We'll update his status again later in the week.

NOTES: Alessi will race the opening round of the Lucas Oil Pro Motocross Championship at Glen Helen before heading to Canada to compete in the MX1 Class in the Canadian Nationals.

Jimmy Albertson (Missed all of Lucas Oil Pro Motocross in 2013) – Top Jimmy’s MotoSport Crossland team will not race outdoors, but he and his brother are loading up a van and hitting the races.

Kyle Chisholm (Missed all of Lucas Oil Pro Motocross in 2013) – Chisholm will race Glen Helen before heading to Canada to race the Canadian Nationals.

Fredik Noren (27th overall in 2013) – After competing in the 250 Class in Monster Energy Supercross, Noren will return to the 450 for outdoors.

Derek Anderson (30th overall in 2013) – Due to a reoccurring back injury, Derek Anderson announced that he has retired from racing for the time being.

Kyle Regal (Missed all of Lucas Oil Pro Motocross in 2013) – Regal raced the last few supercross races for the MotoSport Crossland racing team, but the squad will not be racing outdoors, so Regal may be out for the summer.

Adam Enticknap (51st overall in 2013) – Enticknap will miss a portion of Lucas Oil Pro Motcross after undergoing surgery on his knee during Monster Energy Supercross.

Tevin Tapia (63rd overall in 2013) – Tapia is expected to only contend the West Coast rounds of Lucas Oil Pro Motocross.

Nick Schmidt (71st overall in 2013) – Schmidt is expected to compete in the first three Nationals—Glen Helen, Hangtown and Thunder Valley—and then see where his program is at for the rest of the season.

Cody Gilmore – Gilmore is not expected to race the Lucas Oil Pro Motocross Championship except for select rounds, which may include RedBud and Millville.

Tommy Weeck (Raced 250 Class in 2013) - Weeck is expected to race the first two Nationals, as well as Washougal and maybe Utah. If things go well, he could race more. This will be his first season in the 450 Class.