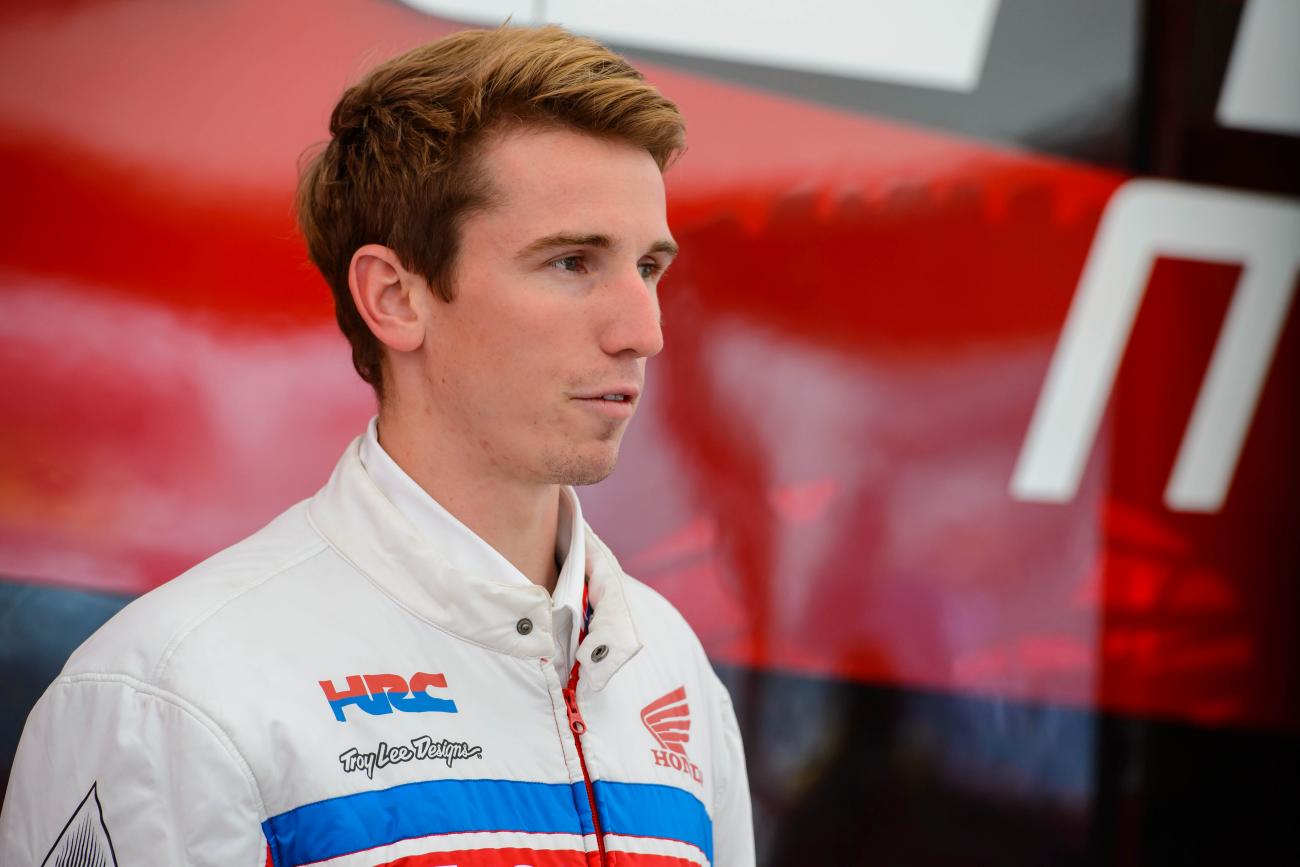 3 on 3 Burning Questions After Indy

We had three reporters on hand at the Indy round of Monster Energy Supercross, so we posed three questions to them. Here’s what they think, and be sure to leave your thoughts below.

Jason Thomas: After practice I was a little underwhelmed, but I felt that both of them improved as the night progressed. On the surface, Seely of course stands out with a spectacular third-place finish, but Wilson's tenth is a bit misleading as he was in a first lap crash. I expect both of them to gravitate toward each other in the results as the races continue. They both seem capable of consistently hitting near the top 5-7, plus, they’re vying for 450 jobs next year, which raises the stakes.

Steve Matthes: Yeah, bro. It's cool! Having two of the top 250SX guys jump into 450SX is good for all of us. I really think Wilson will end up doing better in the end, but at Indy Seely was, in the words of Tony the Tiger, GRRRRRREEEATTTTT. Honda has had a tough year so having Tomac and Seely 2-3 on the podium had to feel good for the Red Riders. I'm a big Wilson guy, yes he's had some injuries, but once he gets some momentum going why can't be right in the mix for podiums? I also think next year we'll see both in 450SX and so for both of them, the pressure is on. That usually results in some great rides.

Chase Stallo: If based on a grading scale, I would give Wilson an incomplete and Seely an A+++. I’ll be the first to admit, I didn’t think Seely would sniff the podium in Indy. Although much better in 2012 moonlighting in 450SX (6-19-17-5) compared to 2011 (9-15-10-19), I didn’t think two days on the bike was enough time to jump right in and run top five against a healthy, loaded 450 Class that was already eight races in. But he was fantastic and I will now remove my foot from my mouth.

I don’t think you can gauge Wilson on Indy. He crashed on the first lap and came back to tenth. He admitted after the race on Instagram that he was “a bit nervous,” which is expected. I don’t foresee that being an issue going forward. Let’s revisit this in three weeks when we have a broader sample size.

2. Cianciarulo wins again, and has held the points lead after all three races. Not a large sample size, but, how good is this kid?

Jason Thomas: Well, the obvious answer is to point back to years of amateur domination and say we all saw this coming. The reality, though, is that he did struggle for much of last summer and expectations were definitely lowered as a result of that adversity. I think we’re now seeing what many thought was possible, which is that he’s an absolute phenom. Winning two of his first three supercross races is a huge statement, and when you start looking for other riders who have accomplished something similar, the list is very short and very distinguished. Bright future for the 46.

Steve Matthes: He's pretty awesome. Seriously, there were a lot of people saying AC was "the next one" and how he’s following in the footsteps of Carmichael, Stewart and Villopoto, but on our Racer X Podcasts last year, Weege made a point about how those riders never struggled like Cianciarulo did last summer—illness or not. That probably left doubt for some people. But never mind all that, in 2014 he's been so good it's not even funny. This week, I'm down at Villopoto's hanging out doing some filming and of course Cianciarulo is out there practicing. He's jumping some massive quad until his dad tells him to stop it for the motos and then in the motos he's jumping over TWO tabletops and onto a single jump (what is that, a cinquintuple?) while trying to stay in front of RV and Kenny Roczen. And don't forget the quad he jumped at Indy—he was of only two riders to do it all day. This kid just has "it" and the sky’s the limit. To think, I remember talking to someone close to his program before the year and they said that he would be a "top five" guy in the 250SX East Region.

Chase Stallo: Really, really, really good. Look, you can say he was “over-hyped” by the media, but you can’t take away his eleven titles at Loretta Lynn’s—tied with Mike Alessi and James Stewart for most all-time in regards to amateurs (Kevin Walker is the all-time leader at Loretta’s when including vet classes). AC is finally able to reap the benefits of being healthy—he was not even close to 100 percent last year—and it shows. Has Martin Davalos been faster this year? Yes. But AC has been twice as consistent, and at just 17 years old being the second fastest rider in the class is pretty good—he only has three races under his belt! It’s way too early for the next RC or RV or JS7 talk, but keep an eye on this kid. He’s that good.

3. Villopoto has only won two of nine races—after winning about half of the races over the previous four seasons. Yet he also has nearly a full-race lead in the standings. So, good or bad season so far for RV?

Jason Thomas: There has been much ado about RV's shortage of wins this year but I think it is much ado about nothing. He is tied for the most race wins on the season and as stated, has a healthy points lead. Sure, I think Ryan would like to win more races moving forward but as long as the title stays squarely in his grip, I don't think he really cares about the style points. We are now past halfway and he has a 23-point lead… I would call that a good season so far.

Steve Matthes: Funny you ask this. I asked RV that exact same question today and mentioned that I thought he "used to be better." After he finished swearing at me and calling me names, he admitted that it would be better to have more wins but that no one else has more than him and that the title is the ultimate goal. In my eyes, he’s been good. I really do believe that had he started with the lead in Dallas he would have won, but he's taking what he can get and right now, it's a 23-point lead. With the prospect of him probably winning this 450SX title, it's been a good season.

Chase Stallo: Obviously he is having a good year—he’s nearly a full race ahead in points! But, since we are talking about race wins, let’s look back to previous years. Through nine rounds he had four wins in 2011, five in 2012 and four a season ago. The telling stat comes after round nine, though. He only had two wins after round 9 in 2011, but then won four of six in 2012 (injured in Seattle) and six of eight a season ago. The last two seasons he has really stepped on the gas past the halfway mark. While I think the competition this year is arguably as healthy and talented than at any point in his three-year run (save maybe 2011), RV could easily win four of eight, giving him six wins on the season and his fourth straight title—rendering this a moot point.