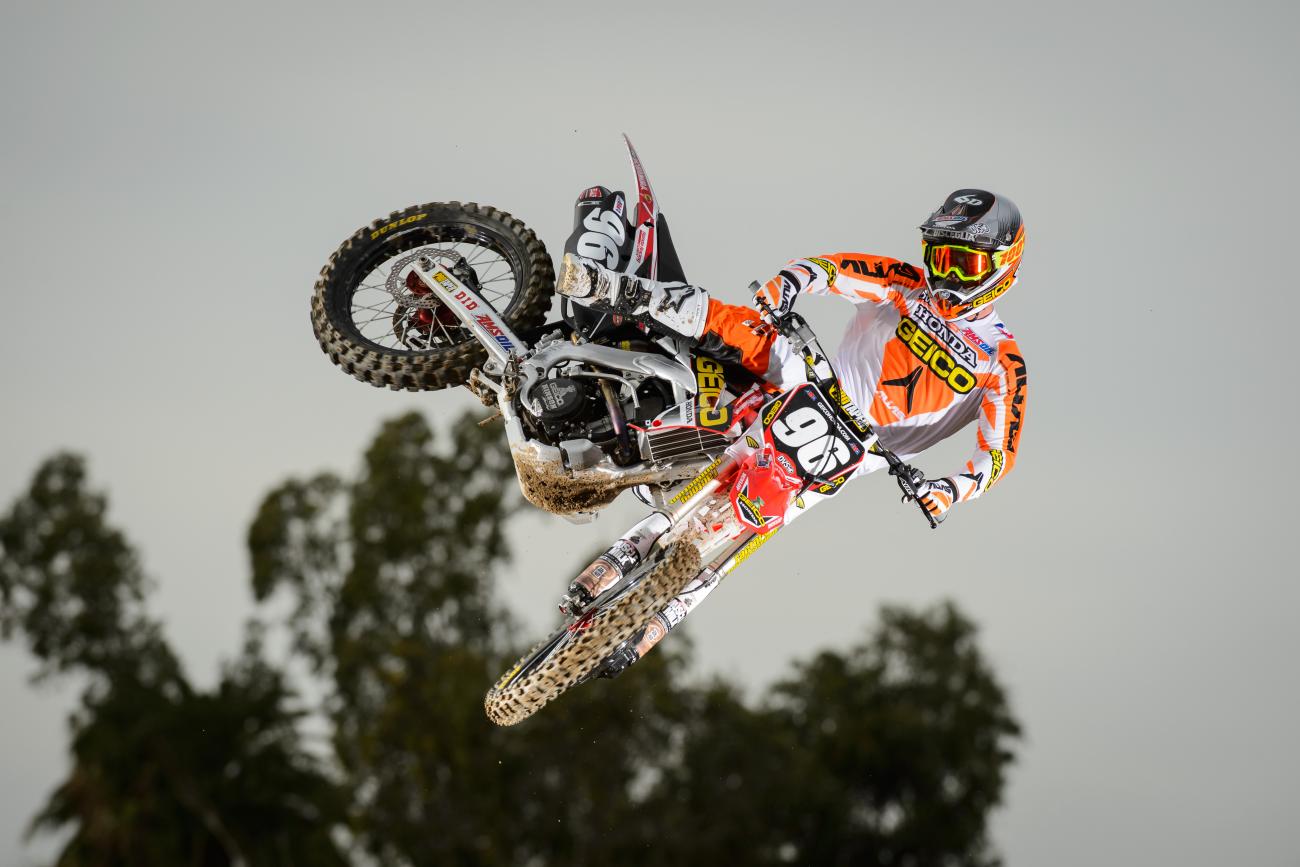 3 on 3 Questions and Answers For The Weekend

1. Is it really possible for Chad Reed to race this weekend?

Jason Thomas: I think its possible, but to what level of effectiveness is the question. If they can get his range of motion back and manage the pain, that’s half the battle. The real problem comes when he hits a bump unexpectedly or needs to make a correction requiring all of his strength. That’s when he’ll get a huge jolt of pain and it may be the deal breaker. Either way, the racing is better with him out there so I am hoping for the best.

Steve Matthes: Well I'm no doctor, but I did stay at a Holiday Inn Express last night. It's hard to say without knowing exactly how hurt Reed is beyond what he's put out on social media. And well, you asked, so I'll answer: going off what he's saying I can't see how he's going to race. I know he did this same thing in Detroit in 2008, but remember he used a provisional to get into the main. That's not available now so he's going to have to race his way into the main. He probably won't make it through the heat, so that's more laps on his battered body.

It's going to be extremely tough for Reed and I don't think it's going to end up working out. But I've been wrong before. Let's hope I am once again.

David Pingree: While I admire his tenacity and grit I can't see how anyone could put that kind of pain out of their mind and race at the front of that pack. He might be able to squeeze out a top ten but I think he may have to let himself heal for a few weeks.

2. What storylines are you looking forward to in 250 East?

Jason Thomas: The thing I am most excited about is there is no clear favorite. An arguing man could make a case for any number of riders in the class and many would buy it. There should be different winners each week and a lot of unpredictability throughout the top five. Opportunities like this don’t come along every year so the East Coast riders need to take advantage.

Steve Matthes: Hard to narrow it down to one, but I love the redemption angle with Blake Wharton. Somehow unable to find a decent ride for 2014 after winning a race last year for Rockstar Energy Racing, Wharton was picked up at the last minute by GEICO, which is an interesting story. Can Blake rescue his career with the team that he broke in with? And speaking of Blake’s, what about Blake Baggett? He got hurt in supercross last year and 2012 was also a strange year. Is he a good supercross rider? Can he win? It's been a long time now since he's won a supercross race. There's no doubt he's a world class talent, but how good is he this year? Is this the year Martin Davalos gets a win? So, so, many story lines on the East.

David Pingree: How will Baggett look? How will Cianciarulo do? Where will the GEICO guys finish? Can Davalos FINALLY win a race? There are lot of mixed bags coming into the East Region. I don't think any one story line is bigger than another, so I'm just curious to see how it all plays out. If I had to put money on a winner right now I'd probably just tear my cash in half and walk away. I know that is a felony and all but I really have no idea who will step to the front of this series. That makes things very interesting, especially at the opener.

3. Seely versus Anderson with a two-month break to think about your first title. Would you rather be four points down or four points up?

Jason Thomas: I don’t think there is too much of a difference really so I will just go with the mathematical advantage and choose the four point lead. Both riders realize that it is anyone’s championship at this point and it’s going to come down to the last race. The pressure is probably weighing on both of them pretty heavily as the title is completely up for grabs.

Steve Matthes: I'd rather be Anderson, I guess. Really either guy is going to be a bottle of nerves every time they get on a bike to go ride. Hard to stay motivated and ready during the long break so I'm sure both guys aren't going to get on a bike in the next week. I suppose it's just some R&R right now and then try to ramp it up as Houston approaches. Four points up or four points down, either guy has a good chance to win this title. Just. Don't. Get. Hurt.

David Pingree: I'd much rather head to the break with a four-point cushion than a deficit, and so would Seely. However, Cole has to head to Houston with one thing on his mind: winning. And he'll need that same mindset in Vegas. If Anderson slips into defensive mode it could bite him. Either way, this break will feel like an eternity for these guys. The hardest part may be that they will forego some outdoor prep to stay sharp for their supercross title run and that will be evident at the first few outdoor rounds. Guys without a title shot, like Wilson, will be burning the motocross tracks up and come into Glen Helen firing.