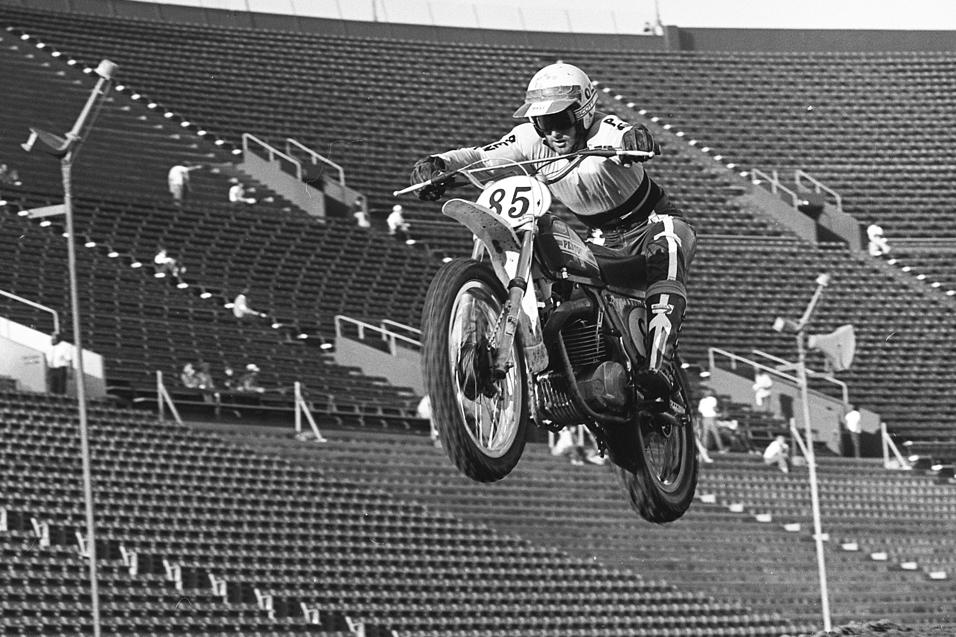 450 Words History Made in Anaheim

Advertisement | Advertise with Us
Angel Stadium Anaheim, CA Anaheim I (A1) Monster Energy AMA Supercross Championship
Saturday’s 450SX main event was a race literally forty years in the making. Monster Energy AMA Supercross was marking its fortieth year, and Red Bull KTM was beginning forty years without having accomplished 1-2 finishes in the premier division of supercross, the world’s most prestigious stage for dirt bike racing. So when the smack-bang-wow main event ended with the smiling Ken Roczen on top and Ryan Dungey second, it marked a high point in some ways for both the series as a whole and especially KTM.

Forty years ago, what was called the Yamaha Super Series of Motocross was a two-stop tour that went from the infield of Daytona to inside what was the then considered the “Eighth Wonder of the World” by some savvy marketeers, the Houston Astrodome. (That year’s L.A. Coliseum race was a standalone event.) History tells us that Pierre Karsmakers won the 250 class on a Yamaha that first day at Daytona, while Roger DeCoster won the 500 class on a Suzuki. 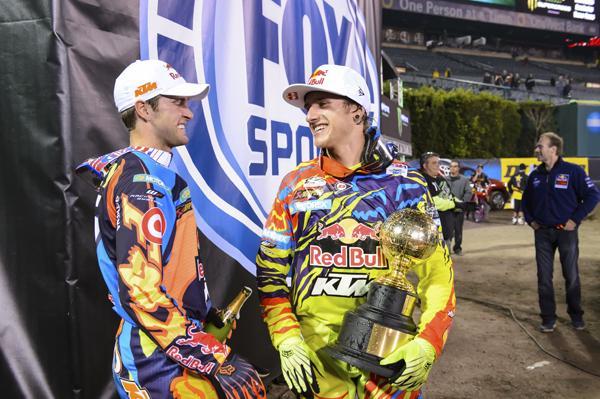 Here’s the cool little angle long forgotten for the most part: The runner-up in that first “AMA Supercross” at Daytona behind Karsmakers was Long Branch, Washington’s Buck Murphy, who was riding a Penton—actually a KTM, but renamed for its U.S. distributor, the iconic John Penton.

In the years since, supercross has grown in leaps and bounds, but Penton/KTM’s fortunes didn’t get any better than that single runner-up finish until 2012, when Dungey finally won KTM its first premier-class main event, bettering the brand’s high mark from 1974. 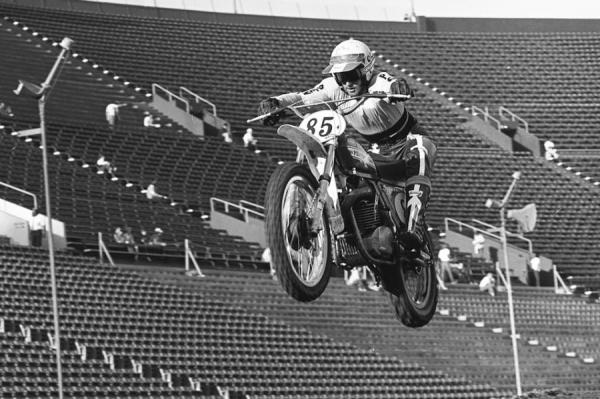 That's Buck Murphy on a Penton in 1974.
Steve French photo