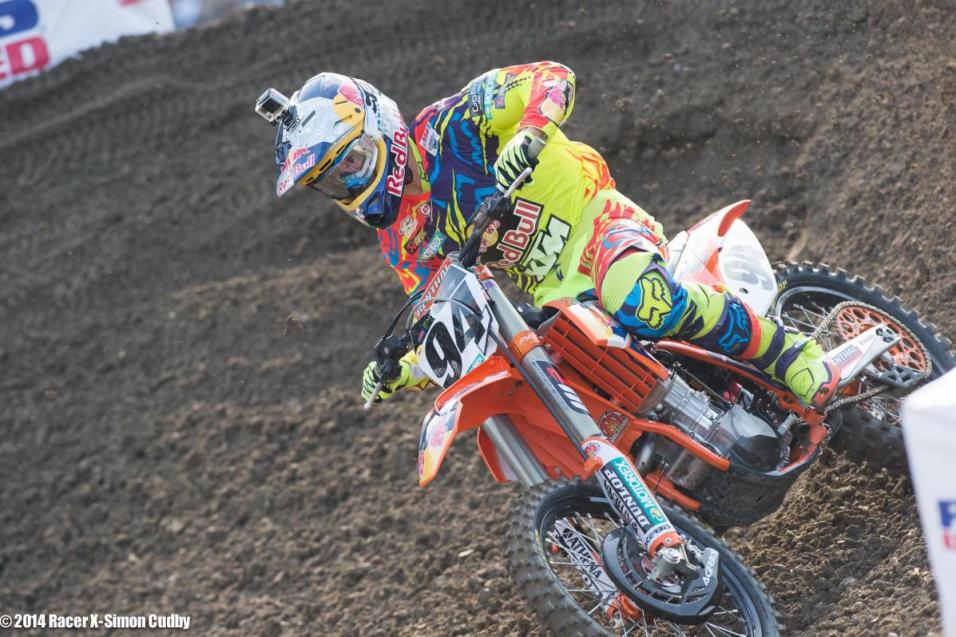 The first qualifiers of the year are all wrapped up here in Angel Stadium, which means we can officially say that the season is under way! And if today’s afternoon practice sessions were any indicator of how the year is going to go, we’re in for an interesting season of Monster Energy Supercross.

The first 250 qualifier kicked off with Jason Anderson and Cole Seely setting fast times right off the bat, and the two were the first riders of the day to come in below the minute mark. Malcolm Stewart and Zach Osborne were fast too, but were just a smidge off the laps being put down by Seely and Anderson. Dean Wilson, who is rumored to be riding hurt after a big crash during the week, rode tentatively during this session and didn’t put together a fast lap until the very end.

Ryder Steffy had a huge crash in his first timed session and there were some tense moments when the red flag came out as Steffy lay motionless on the ground. After roughly ten minutes he was taken away on a stretcher. No word yet on his condition, but we’ll be sure to fill you in when information becomes available. 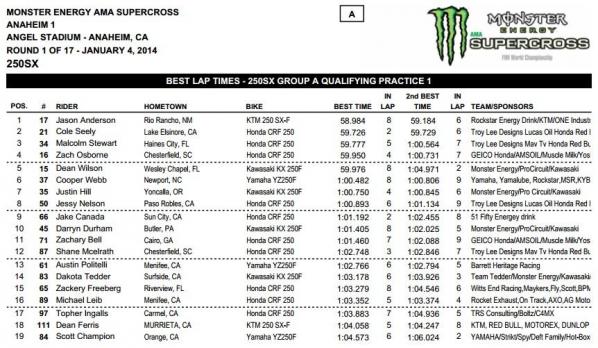 In the second 250 qualifier it was the Anderson and Seely show yet again, with the two of them going hard right away. Only this time they weren’t by themselves, they were right on each other the entire time. For the first couple laps it was as if the 250SX main event gate had just dropped! However, it wasn’t long before their times were topped by Osborne, and later Wilson, who was riding much more aggressively in this session. When it was over, Osborne and Wilson had each recorded an identical 58.187 fast lap! 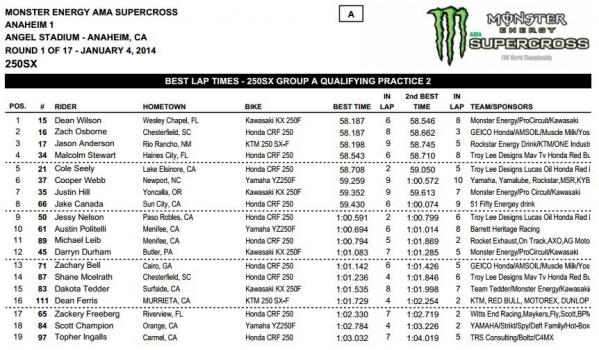 The first 450SX qualifier saw Stewart start charging immediately, but it was Ken Roczen who quickly went to the top of the board with a 59.372. Eli Tomac was fast right away too, and in typical Tomac fashion, was experimenting with several different lines in the rhythm sections, some of them including rather large leaps. But it wasn’t fast enough to beat Stewart, who went to the top of the board several laps in, where he would stay for the rest of the qualifier, beating his own time on the second to last lap. 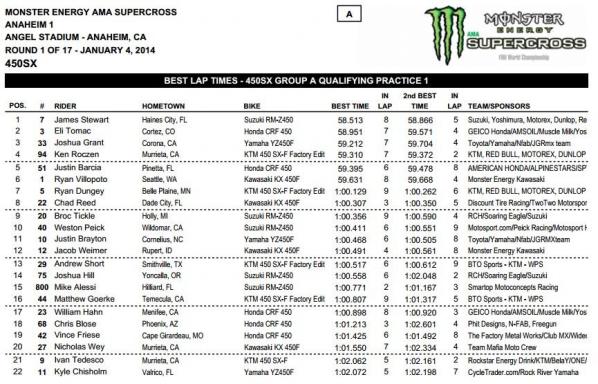 In the second timed session Justin Barcia found some speed and was at the top of the board several times. It was obvious he was feeling the flow, and he even threw out some big tasty whips over the triples. Roczen was fast too, and despite a ridiculously scorching 57.763 from Stewart, put in the second fastest time of the day. Stewart may have been able to answer, but only rode three laps in this session. He had a crash in the whoops, but seemed fine when he got back up. No word yet on if the crash and his decision to pull out of practice early are related. Barcia threw down a fast lap near the end of the session to snag the fastest time of the day. 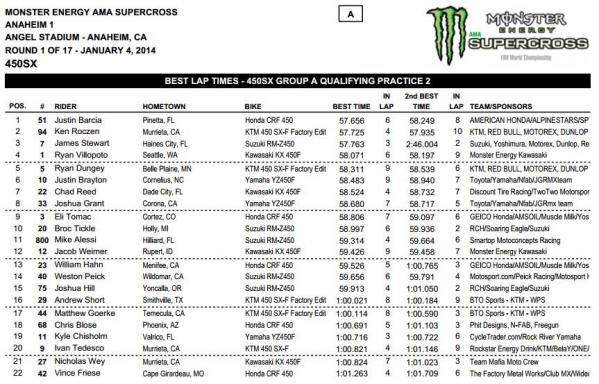 To stay updated on tonight’s action, be sure to keep it locked here at Racer X Online while staying connected via Twitter (@racerxonline).